The path to web creation: How to start Web development.
You'll need HTML, CSS, and JavaScript knowledge to become a Web Developer. Learn CSS as well as CSS frameworks. By learning these web development skills, you'll learn the lingo, logic, and foundation you need.

A great way to start becoming a Web Developer is to learn HTML (Hypertext Markup Language), CSS (Cascading Style Sheets), and JavaScript.
Coding bootcamps are popular for aspiring Web Developers now.
Bootcamps do well because they're short, immersive, and focused on outcomes.

The goal is to teach you the skills you need to get a job, so they're a worthwhile investment for a web developer trying to get started. Job site Indeed says four out of five companies in the U.S. hire bootcamp grads.

Over time, coding bootcamps are becoming more and more practical. For one thing, web development naturally attracts people from all over the world, and for many of them, an efficient way to grow their skills is of paramount importance.

Also, employers value skills and experience over education, so anyone who can prove their skills will be treated the same as developers with a university degree.

To stay ahead of changes in web development and programming languages, tools, and trends, Web Developers - more than most other fields - need to stay committed to ongoing learning. It doesn't matter if it's your first line of work or not, retraining is a must at mid-career. 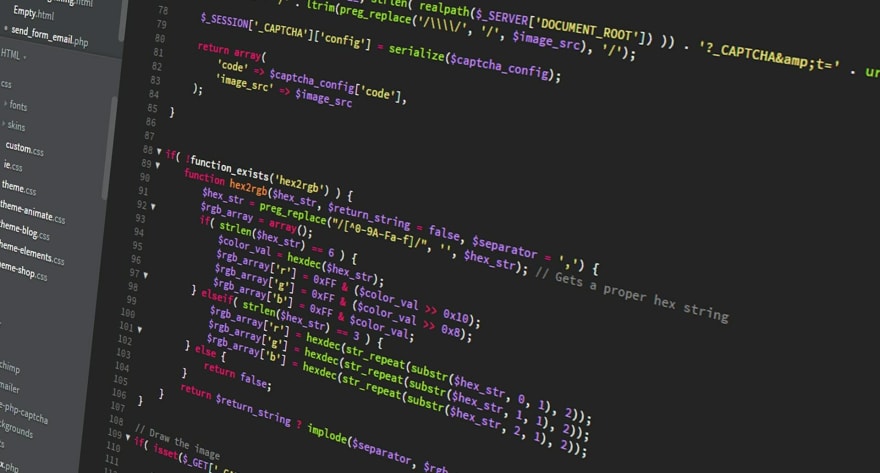 Choose a specialization in development.

As you get better, you'll need to specialize. But what types are there? You can categorize Web Developers into three types:

-The front-end developers. Basically, they work on any part of the site or app that users interact with. An example would be the layout, design, and user experience of a site.

-The back-end developers: Often referred to as "server-side developers", backend developers work on the backend of the website. These services pertain to how a website operates and may include databases, servers, networks, and hosting.

-The full-stack developer. Developers who are able to work with both the front and back ends of a website are known as Full-Stack Developers.

Understand the key languages that are used to build websites.

If you're going to be a web designer and developer, you'll need to know a few different languages. But what are the most common ones?

Most aspects of web development involve one of three families of programming languages:

Of course, the list goes on – these are just the beginning. There are so many different things you can do with web development (and so many coding languages and markup languages you can use to accomplish them) that I can't fit everything here anyway. Luckily, you're a specialist, so you can focus on what you do best.

Once you understand HTML, CSS, and JavaScript, and have a foundation of programming skills, you're ready to get started. Along the way, you'll learn a lot of new Web Developer skills. Many of these are technical skills, or "hard" skills, like SQL programming or Python, using jQuery functions for better programming efficiency, or learning Git for version control. Getting better at web development is just a matter of using it more - the more you use it, the better you get.

In addition to having web design skills, Web Developers should have an understanding of responsive design, which is perhaps the most important. It's not usually Web Developers that do all the design, but if they understand principles of design, they're in a good place. A good understanding of user-centered design will help front-end developers, especially, program the screens customers interact with.

If you're applying for a web development job, you need a great portfolio. Build a portfolio that stands out from the crowd by keeping these things in mind.
The first thing you should do is build a diverse Web Developer portfolio. The portfolio shouldn't be a highlight reel of everything you've done - it should be a showcase that shows both your best work and your versatility.

It's important to highlight your best work, but you also want to show that you understand the various facets of the job. Try doing a little research into the company and the role you're applying for - then tweak your portfolio, erasing unrelated examples and spotlighting your best work.

Second, figure out what's unique about you and your stuff. You should emphasize your skills in web development that best set you apart - both in the work you include in your portfolio and the way you present it. Your portfolio website, for example, should have a great user experience and a beautiful interface if you're applying for design-related positions. If you're applying for a Web Developer position, make sure your site displays your portfolio flawlessly. Make sure the code is neat and organized.

Finally, demonstrate your process. It's not just the quality of work you produce that makes employers take notice, it's how you solve problems. If you want to draw a case study from each example, tell us about your thinking process and the problem you were trying to solve with the project.

By showing how your projects were made, Recruiters and Hiring Managers will have an easier time understanding your work and will see that you are more than just a standalone project. Communication is also a great skill to have when applying for a position.

Can Web Development be a growth industry?

You bet. Developers are in high demand in North America, as more than 47,000 new jobs were created in the last two years, with the market booming an additional 15% in the next five years. It's no surprise that "Web Developer" is one of the most in-demand and highest-paying job titles in tech.

I wanna know: how can I become a web developer fast?
Coding bootcamps are becoming more and more popular among aspiring Web Developers because they offer hands-on learning and give candidates job-ready skills.
In the past, many Web Developers had higher education in software engineering, computer science, or related fields. But it's also possible to come from somewhere totally different. Many professionals are learning development from the ground up later in their careers, either through self-study or coding bootcamps.

I wanna know: how can I become a web developer fast?
Coding bootcamps are becoming more and more popular among aspiring Web Developers because they offer hands-on learning and give candidates job-ready skills.
In the past, many Web Developers had higher education in software engineering, computer science, or related fields. But it's also possible to come from somewhere totally different. Many professionals are learning development from the ground up later in their careers, either through self-study or coding bootcamps.

Is there a specific set of skills needed to become a web developer?

You'll need these skills to become a Web Developer:

-The basics: To become a Web Developer, you need to fully understand how the web works. It will help you build and style more advanced static web pages. In addition, it will help you learn advanced programming concepts and problem-solving skills.

-Programming basics: Knowing JavaScript and object-oriented programming will improve your ability to write and build components.

-As a Web Developer, you'll need to know how to build servers and develop APIs along with serving static files and websites.

-You need to know Server Side Rendering and Templating Engines, which let you fill blank page templates with dynamic data, such as product pages for an eCommerce store.

*Managing databases and data on a Web server is another important skill for Web Developers.

Programming languages and techniques change a lot for Web Developers, just like other tech fields. In addition to attending coding bootcamps, web development courses, panel discussions, or workshops, you may also become involved in an open-source project, such as GitHub or Bootstrap.

And you'll need a portfolio of work to impress employers when you're looking for a job. No matter what you do, make sure your versatility shines through so clients from different fields get a sense of you.

Is it worth knowing multiple programming languages?

That's a tricky one. In sum, it's complicated because it's so dependent on several variables. How experienced are you? Do you work on any specific kinds of projects? What are your plans?

You should start basic when you're a new Web Developer, but on the other hand, specializing can help you stand out. It's best to figure out which languages are useful in your field, and which ones aren't going anywhere anytime soon.

Knowing more languages also helps you as you get better at future jobs.
There's a lot of growth in the Web Developer field. Market growth for Web Developers is predicted to hit 15 percent by 2026, according to the Bureau of Labor Statistics. Because of this rapid growth, the field has seen an influx of relatively new talent, resulting in more opportunities.

You Have To Keep Learning To Be A Good Web Developer

It's fun to learn about new technology all the time. Although computer science has remained mostly the same for decades, software development is changing all the time.

While some domains of software are more stable, others are more volatile. Older software has a lot of maintenance and not much innovation, while newer domains need rewriting every few years as things change.

It doesn't have to be a bad thing. With domain knowledge like data science, UX design, product management, digital marketing, and SEO, you can improve your understanding of technology, enabling you to work with colleagues and clients across departments.

To put it simply, a good Web Developer is always learning and looking to expand their skills and knowledge.

A new "Fresh" web framework is out 🍋

Creating a Login and Registration Form with Node.js, Express.js and MySQL database

How to Be Productive When You Have Too Much Time

Once suspended, heritio will not be able to comment or publish posts until their suspension is removed.

Once unsuspended, heritio will be able to comment and publish posts again.

Once unpublished, all posts by heritio will become hidden and only accessible to themselves.

If heritio is not suspended, they can still re-publish their posts from their dashboard.

Once unpublished, this post will become invisible to the public and only accessible to Heritier Akilimali.

Thanks for keeping DEV Community safe. Here is what you can do to flag heritio:

Unflagging heritio will restore default visibility to their posts.