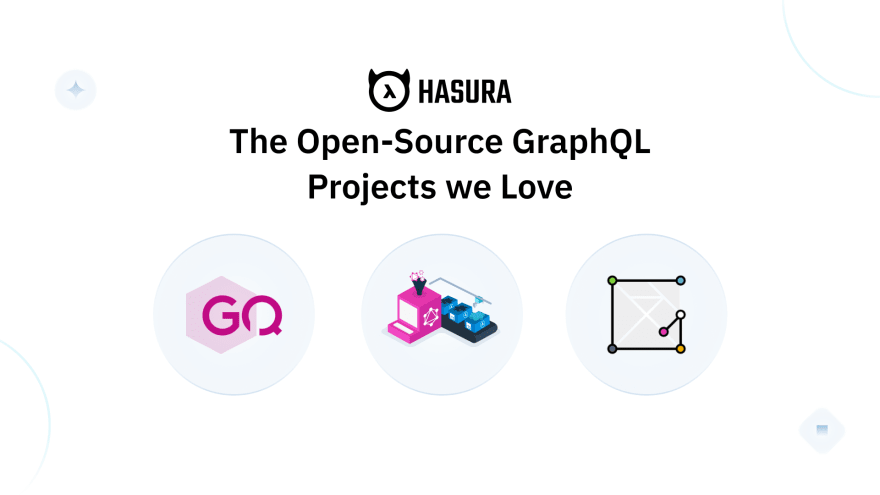 Not a lot of people know this, but the original version of Hasura didn’t use GraphQL. It used a JSON DSL that we had built to address the issues we had with REST. When we discovered GraphQL, we were totally blown away - it did exactly what we were trying to do with our custom DSL and then some! We quickly integrated it into Hasura and launched The Hasura GraphQL Engine.

The response was phenomenal! In 2 years, the GraphQL Engine grew to over 300 million downloads.

A lot of credit for The GraphQL Engine's success goes to the community: The original team at Facebook for developing and open-sourcing GraphQL and to the GraphQL foundation for steering the project. However, the lion’s share, in our opinion, goes to the thousands of developers all over the world who carried the GraphQL torch. From speaking at workshops, meetups, and conferences to building a huge ecosystem of tooling - these devs laid the foundation for GraphQL’s popularity.

So we wanted to pay it forward. Starting this month, we will be sponsoring open-source GraphQL projects that, we think, add tremendous value to the ecosystem.

Our goals with the sponsorships are:

We’re starting things off by sponsoring 3 projects. Here they are and why we chose them:

If you like any of these projects, give it a shout-out on Twitter, tell a friend, or go ahead and sponsor it yourself!

We’ll sponsor new projects each month and add them to this list. Follow us on Twitter to keep an eye on it. If you’re working on an open-source GraphQL project, or know one we should support, reach out and let us know on Twitter or Discord and we’ll take a look!