So you want to get Github to "do something" on a commit? Well, serverless technologies like IBM Cloud Functions (based on Apache Openwhisk) could be the answer for you.

A 1080p version of this video is on Cinnamon here.

This is part two of a live coding session in which I show how to create an IBM Cloud Function in Python to look up a user's PayID and resolve their payment address to pay them some XRP on commit. Part one is here:

Once again, I was joined by my colleague, Si Metson, for the show and we were working on this together with a view to submit it to the PayID hackathon currently running.

Recap of the session

I'm going to run through the basic steps we covered in both part I and II of this session. I will be taking examples from the code we wrote during the session, although may omit or simplify some bits for focus in this post.

Firstly you will need an account on IBM Cloud, which you can get here.

You will need to download the IBM Cloud CLI, login, install the cloud functions plugin, create and target a namespace:

Code For Our Webhook

We then need to create our code to be called. I've simplified this a bit from the video to make it a bit easier to blog about. But there are three main functions:

A function pay_xrp_testnet that takes a wallet seed (secret key) for a wallet on the XRP Ledger testnet and will make a payment to a destination address of a certain amount using the Xpring Python API. For the sake of brevity this function is not waiting to confirm that the transaction was successful.

We then have a function, get_address_from_payid, that given a PayID will form an HTTP request to fetch the contents of the PayID and parse it for the address for the network and environment we want:

Again for the sake of brevity here, we are not handling errors if we can't resolve or parse the PayID.

And finally, we have our main function that is actually called by the webhook:

In this version we are just assuming that a Github user with username foo will have a PayID setup of pay$foo.github.io. But in the future we'd like to parse the PayID from the commit message itself.

We calculate how much to pay the contributor based on the number of commits in this push multiplied by 1000 drops. There are 1e6 drops in 1 XRP.

I've detailed in another post how to setup a PayID using Github Pages:

Hosting a PayID on Github Pages

Now how to get create the Cloud function? Well this was slightly complicated by the fact we need to have access to the xpring library, which is not included by default. So we created our own Docker image, the Dockerfile being:

This bases off the original docker image that IBM Cloud Functions uses for Python functions and installs the xpring library to it.

I then built and pushed the Docker image to Dockerhub:

I can then refer to it when I create my cloud function. I also bind a value of xrp_wallet_seed to the function with the secret key of my wallet. Obviously take care with this secret as with it anyone can empty your account (in this case it is just the testnet, so no issue). By passing --web true we allow this function to be accessed from the web.

Configure the webhook in Github

To configure the webhook in Github, you need to first get the URL of the function we just created:

The can then put that URL with .json on the end into our Github hook settings. Also note we are not setting a secret here, which we would want to configure in a real world system to ensure our Cloud Function can only be called by Github and not someone else randomly. 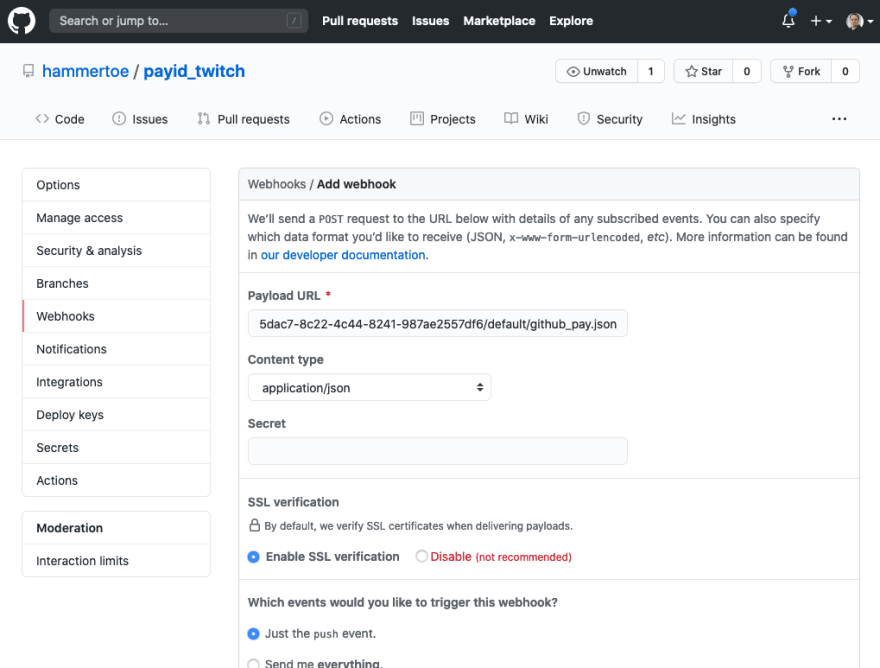 Here is an animated gif showing a commit being pushed and the payment arriving a few seconds later in my XRP wallet:

The next steps will be to take this and expand it to be a bit more generic and secure to run in the real world.

The full code to this session is, as always, in the following Github Repo:

Resources, notebooks, assets for ML for Everyone Twitch stream

ML For everyone is a live show broadcast on the IBM Developer Twitch channel every week at 2pm UK time.

The show is presented by Matt Hamilton and focusses on topics in and around machine learning for developers, with the odd smattering of random Python topics now and then. 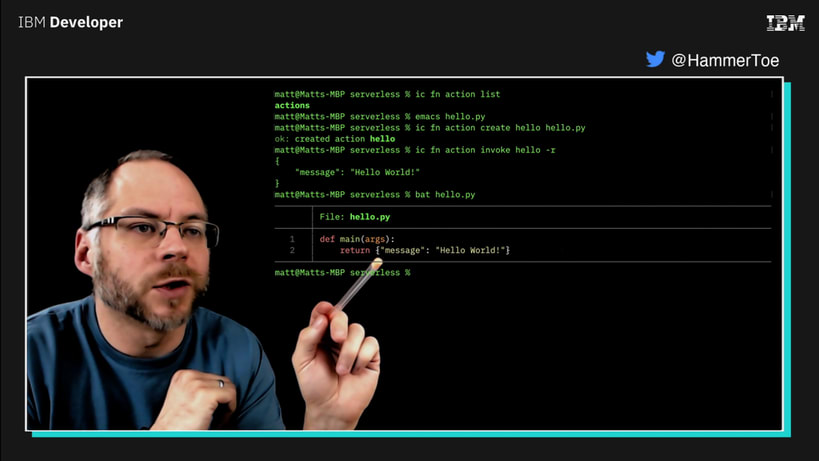 💁‍♂️ Built a Dev.to replica with The MERN stack and more

I made a new web-components framework