Wait we haven't finished pointers yet, if you haven't seen the previous blog post i highly suggest you check it out.
So on this blog post we are going to dive deep into even more pointers.

Pointer to pointer is a form of chained pointer in which a pointer holds the address of another pointer.

The declaration of pointer to pointer is done by adding an additional asterisk in front of its name. 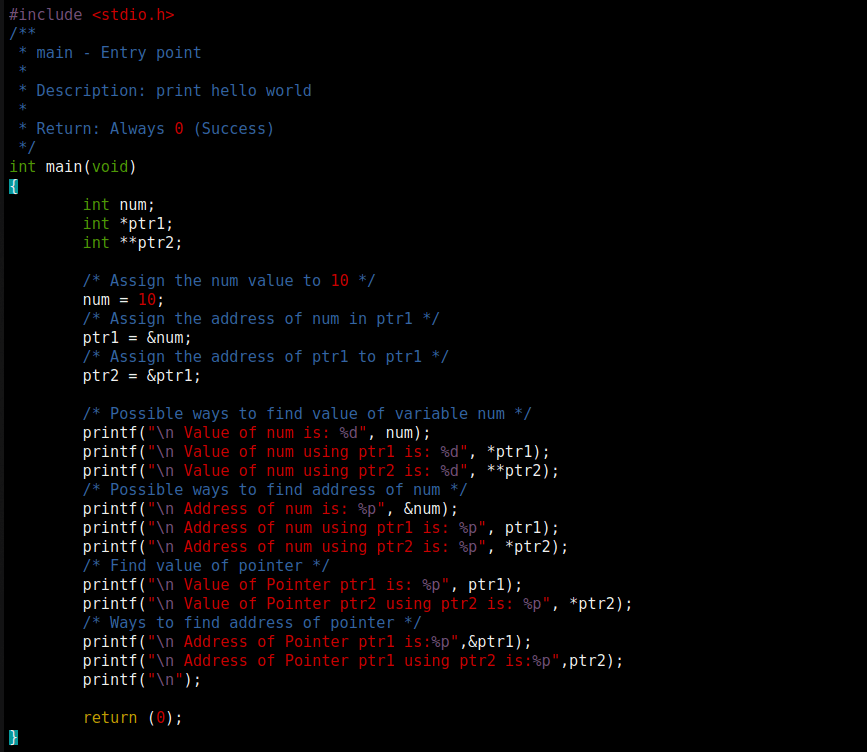 When declaration of variable the memory layout for this example is:

After adding in the address of the num to ptr1 and ptr1 to ptr2 the memory layout will look like this:

As you can see in the above tables we used numbers to represent the address of variables to better understand the concept, address are most commonly put in the like the output of the example in some form of hexadecimal.

A two dimensional arrays is also know as array of arrays.

To declare a two dimensional array

Where type can be any valid C data type, arrayName will be a valid C identifier, x number of rows and y number of columns.

To initializing two-dimensional arrays we use two method

with 2D array, you must always specify the second dimension even if you are specifying elements during the declaration.

This is invalid because the second value is not specified. 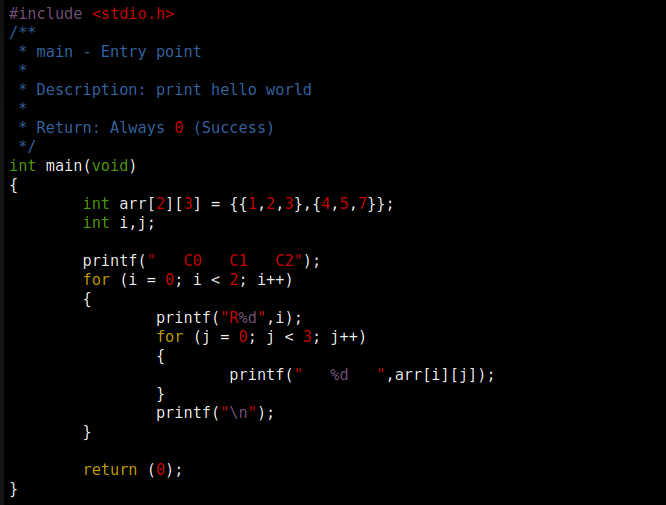 The memory layout to the following example is

PowerShell Array and ArrayList - storing multiple items as a one variable

Express yourself (in C)