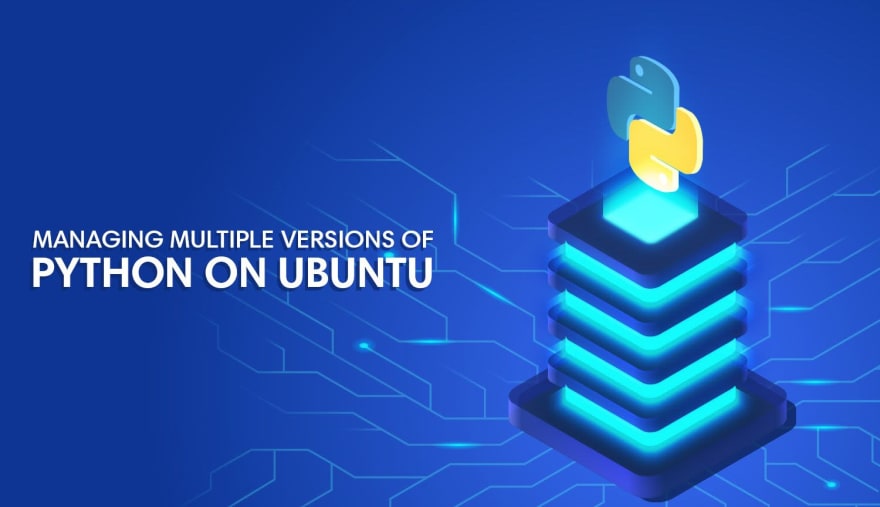 One of my earliest frustrations with Python development had nothing to do with Python itself, but rather the needlessly esoteric act of deploying a Python app. Code bootcamps and tutorials do a fine job of teaching students how to run Python code locally, but the most meaningful applications don't run on local machines: they run on servers, on the internet, because that's the point, isn't it? Maybe I'm taking crazy pills here.

Depending on which version of Ubuntu you're running, your VPS probably shipped with either Python 2.7 , or both Python 2.7 and Python 3.6. But what if you don't want to run either of those versions? If you're like me, you might have tried to replace your system's default installation and destroyed your machine in the process. In case nobody has told you not to do that, I'll do the honors: don't do that.

So what do we do? There are a couple of options, including the popular solution of using pyenv to manage multiple Python installations. That's a totally acceptable solution, but won't be the one we explore today for various reasons because:

We're going to walk through how to install the current latest version of Python (Python 3.8) alongside Ubuntu's system Python versions safely and easily.

The first step should be familiar: we need to update Ubuntu's mirrors and packages to make sure we pull the latest packages when we install anything:

Installing Python fresh on a Ubuntu machine requires us to install a whole bunch of prerequisite libraries that Python depends on. I'm honestly not even sure what half of these do, and neither of us will probably ever need to. Trust me, it' a required step:

This is where a lot of people might turn to installing Python via Ubuntu's package manager with apt-get install python3.X. Instead, we're going to download and build the latest Python version from source. There are a few reasons to do this; if a Python version is new enough, some Ubuntu machines might have updated mirrors to find the newest version of Python. More importantly, it's easier to manage multiple Python installations this way.

The lines below will download a compressed Python 3.8 archive to your /opt folder and unzip it:

Cool. We have Python downloaded; now we just need to install it... correctly.

The frustration of installing Python with apt-get install python3.X is that it'll install Python just fine, but Ubuntu will still default to using whichever version of Python is the default. Luckily for us, Ubuntu allows us to install additional (AKA: alternative) versions of Python by providing us with the make altinstall command:

This may take a moment to complete. Once finished, go ahead and verify that the version of Python 3 you wanted is installed on your box:

And there it is! A shiny new Python: Python 3.8. Ubuntu conveniently makes this the default for us.

Luckily, Linux has us covered in this scenario with the update-alternatives command. We can tell Ubuntu that we have a bunch of alternative versions of the same software on our machine, thus giving us the ability to switch between them easily. Here's how it works:

Now we can swap between versions of Python! Run the following:

You should be hit with a prompt like the one below. This will list all the versions of Python your system recognizes. Select the version of Python you'd like to use by providing the "selection" number to the prompt:

And you've done it! To switch Python versions, all you need to do is respond to the above prompt with the selection number representing the Python version you want to use.

It sounds absurd, but succeeding at changing Python versions in Ubuntu without breaking things is fairly impressive. I'd argue this is mostly the fault of those who teach Python. If "those who can't do, teach," it's fair to assume a lot of Python courses are taught by those who haven't launched meaningful software. That was harsh, but don't @ me regardless.

We've done the "hard" part, but there's a bit of housekeeping to take care of. We still need to install pip for our newly installed Python, as well as upgrade pip to the latest version:

That's all there is to it!

Are we pretentious and arrogant?

Do you think that we, as developers, have a slighly tendency to become quite selfish because of our so specific-skills?

Software developer trends of 2020 and beyond