I was in Japan in April and of course I couldn't avoid going around looking for electronics. From what I had seen in the media I thought I would feel in some kind of dystopian materialization of the future, where cyborgs roamed the street and people didn't interact because their souls were being sucked away by some electronic game (which you can see in some places, like the pachinko parlours), but (almost) everything felt strangely familiar, a very well balanced combination between hi-tech and traditional culture. I felt home, like in Mexico City most of the time.

I was on many missions and one of them was getting prepared for the Maker Faire that took place in Berlin at the end of May of 2018, I will write a post about this great experience later: I had a project in mind already but I hadn't started to build a prototype and time was ticking.

First thing I noticed that was unlike other places I had seen (but I could be proven wrong by visiting more bookstores in Berlin), is that you could find boards in regular bookstores in the tech section. In other places I have visited you only find Arduinos and Raspeberry Pi's in specialized electronic and DIY stores where people go usually already with some knowledge of what they are. Though at least where I took this picture was in Akihabara, the center for electronics and Otaku culture of Japan, so that may be the reason. 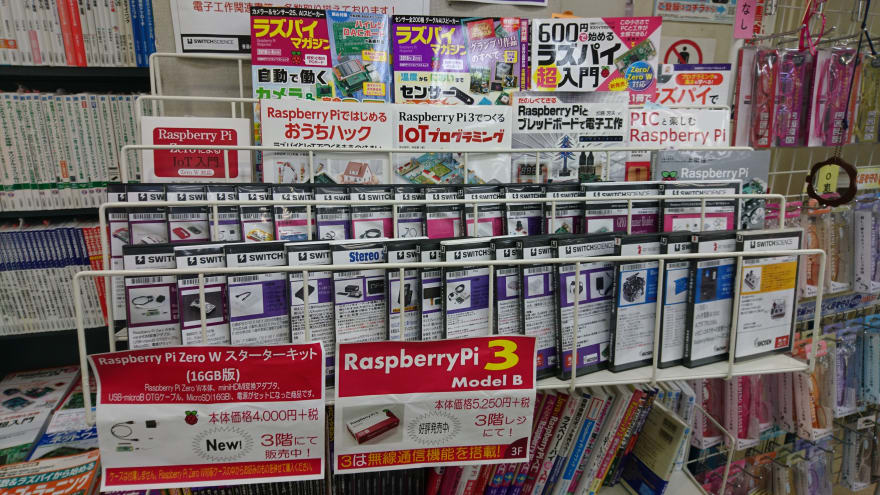 Another thing worth mentioning about bookstores in Japan (and this I saw in all major bookstores I visited) is that they have lots and lots of technical books in store, they have only Japan edition of editorials like O'Reilly and Make and even the translated ones are much more beautifully designed and illustrated than the English ones (dough, of course, they are Japanese books).

I was felt incredibly frustrated because being the book junkie that I am, I wanted to buy lots of these books, but I couldn't understand a word. :'(

Just a sneak peek, these books don't seem to exist in English: 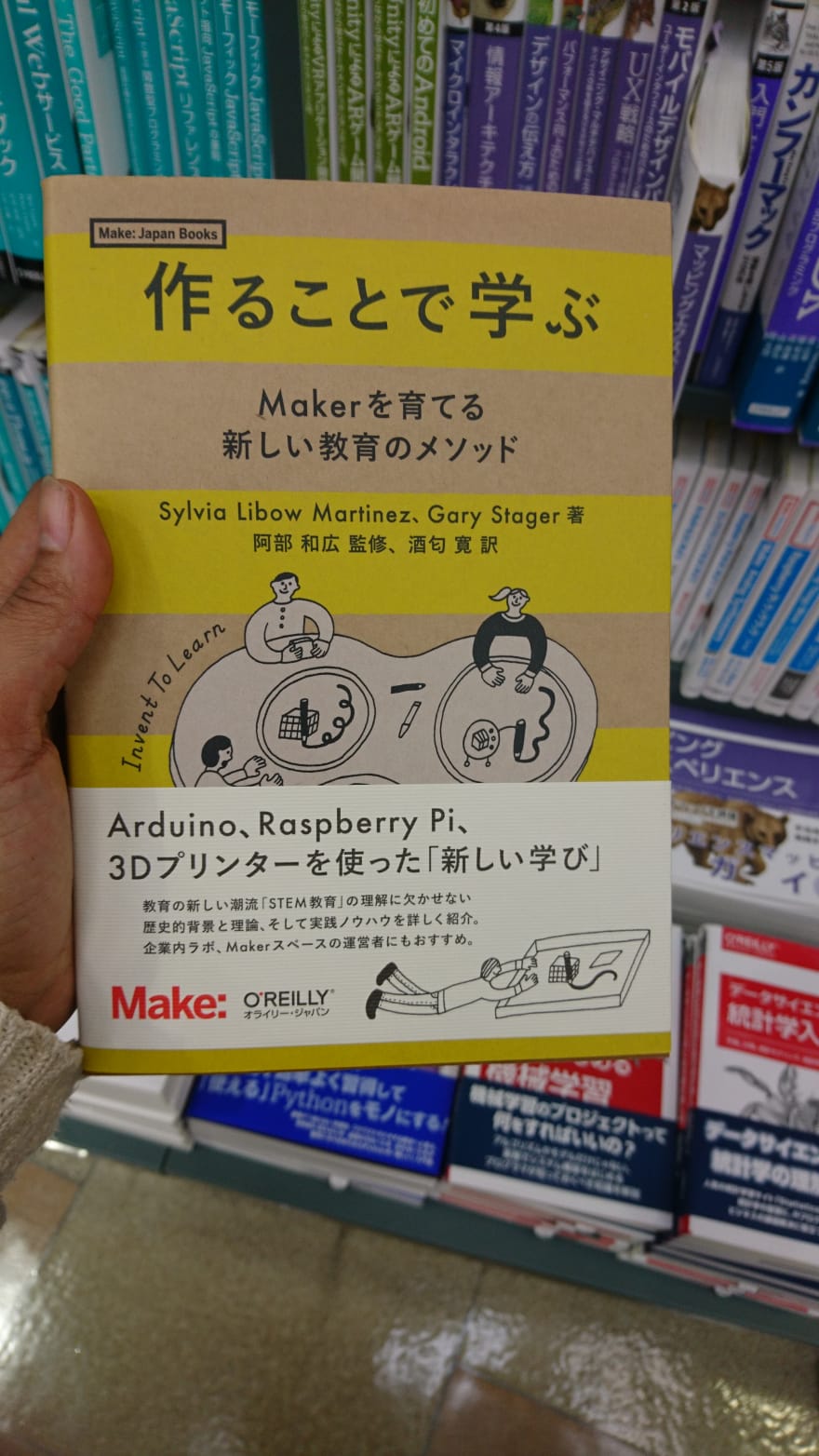 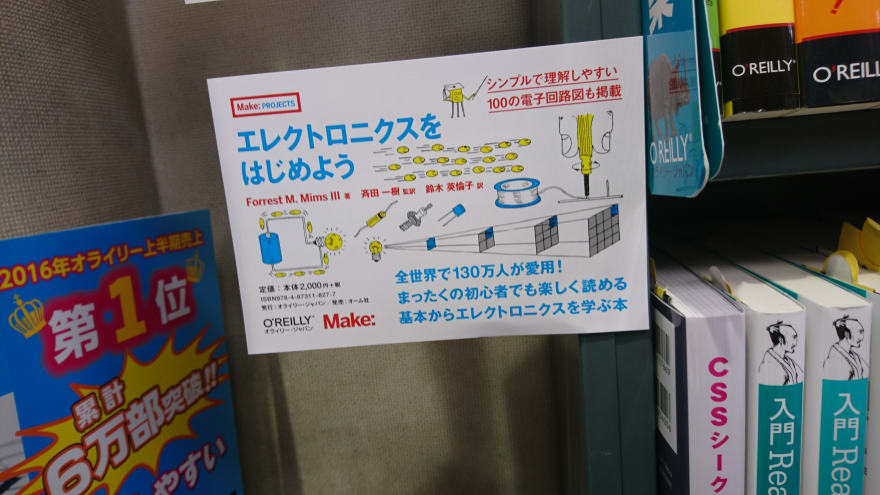 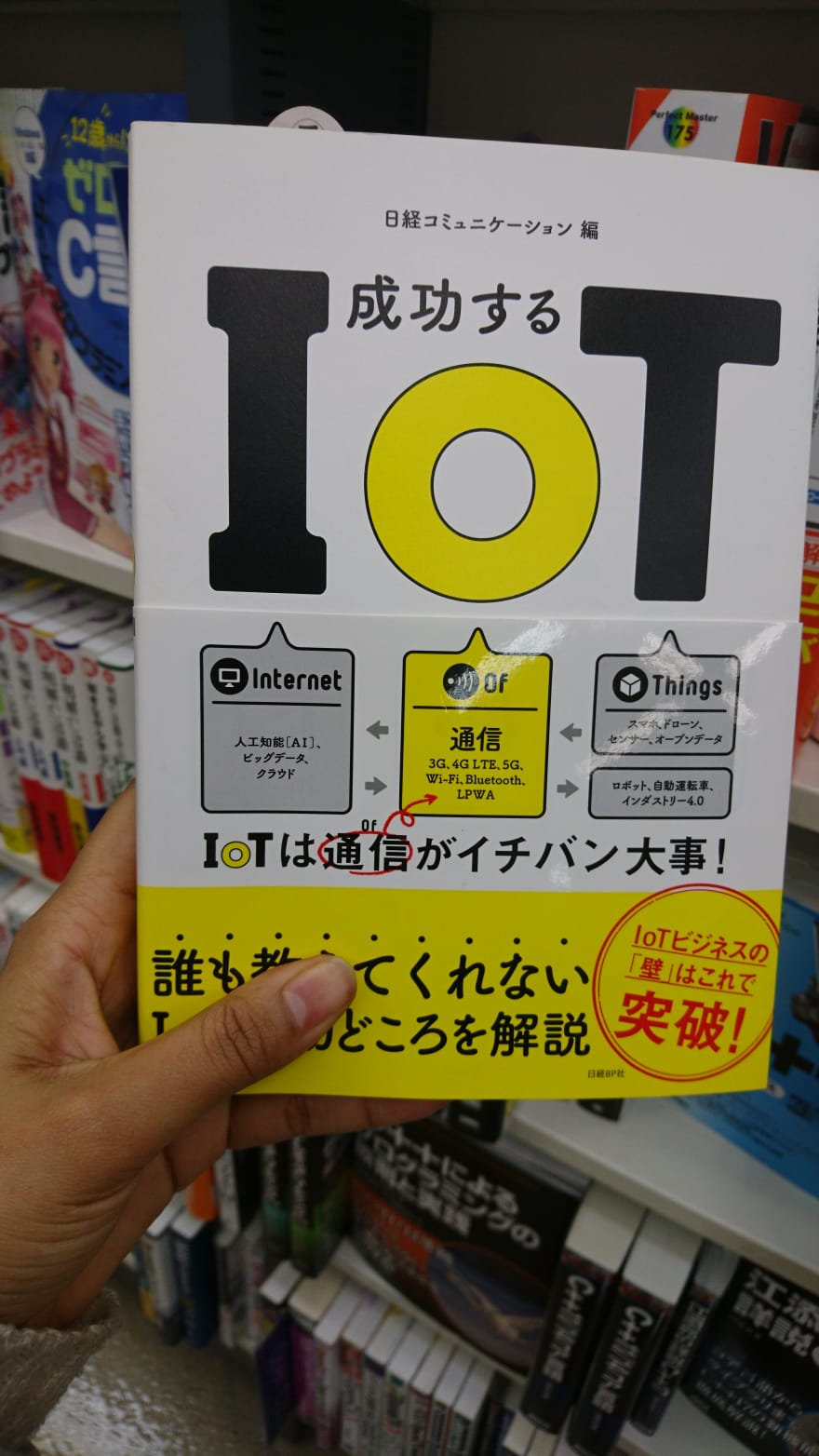 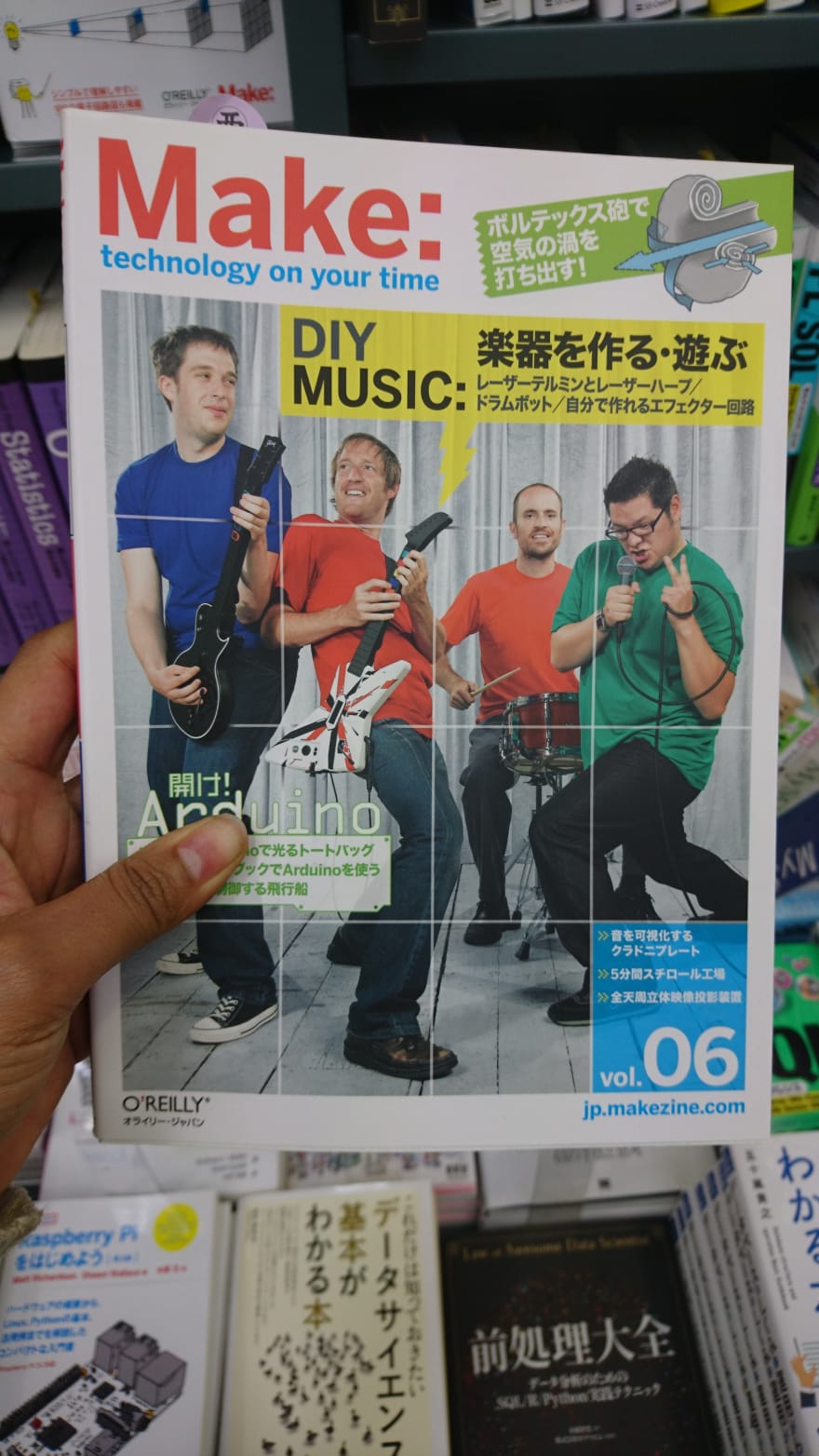 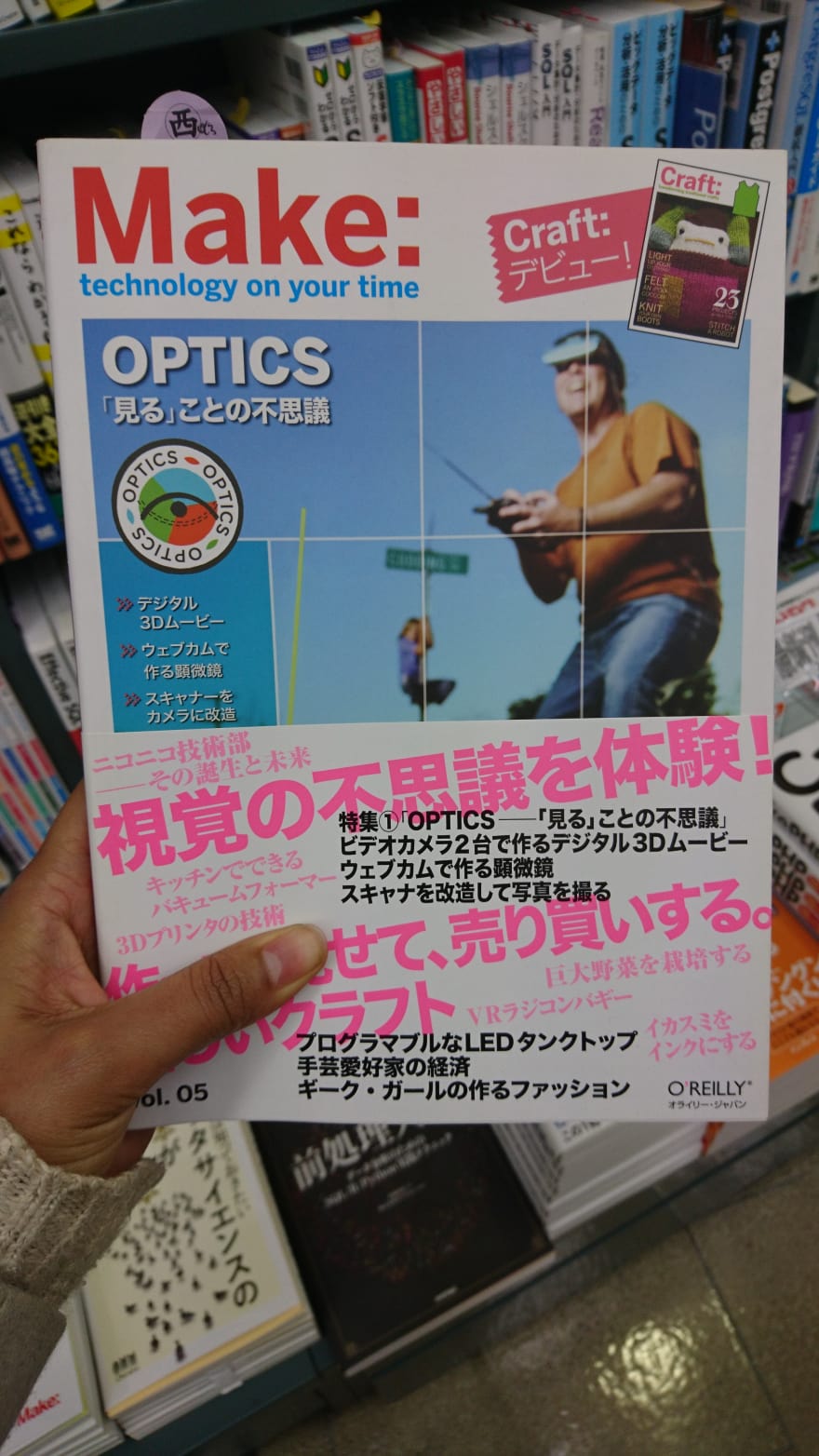 After roaming around with books I finally got some electronic stores in Akihabara.
Akihabara is well known for being Tokyo's electronic district and I was expecting to find lots of electronic component stores... actually you can find lots of stores for consumer electronics like cellphones, SD cards and the like. The stores that sell components and kits are not that many and not that big, you need to search for them.

I was at several stores and my favorite one was Akizuki Denshi, they had a very good supply of components and again, I was amazed on how the Japanese are so organized and manage to make the best of small places. 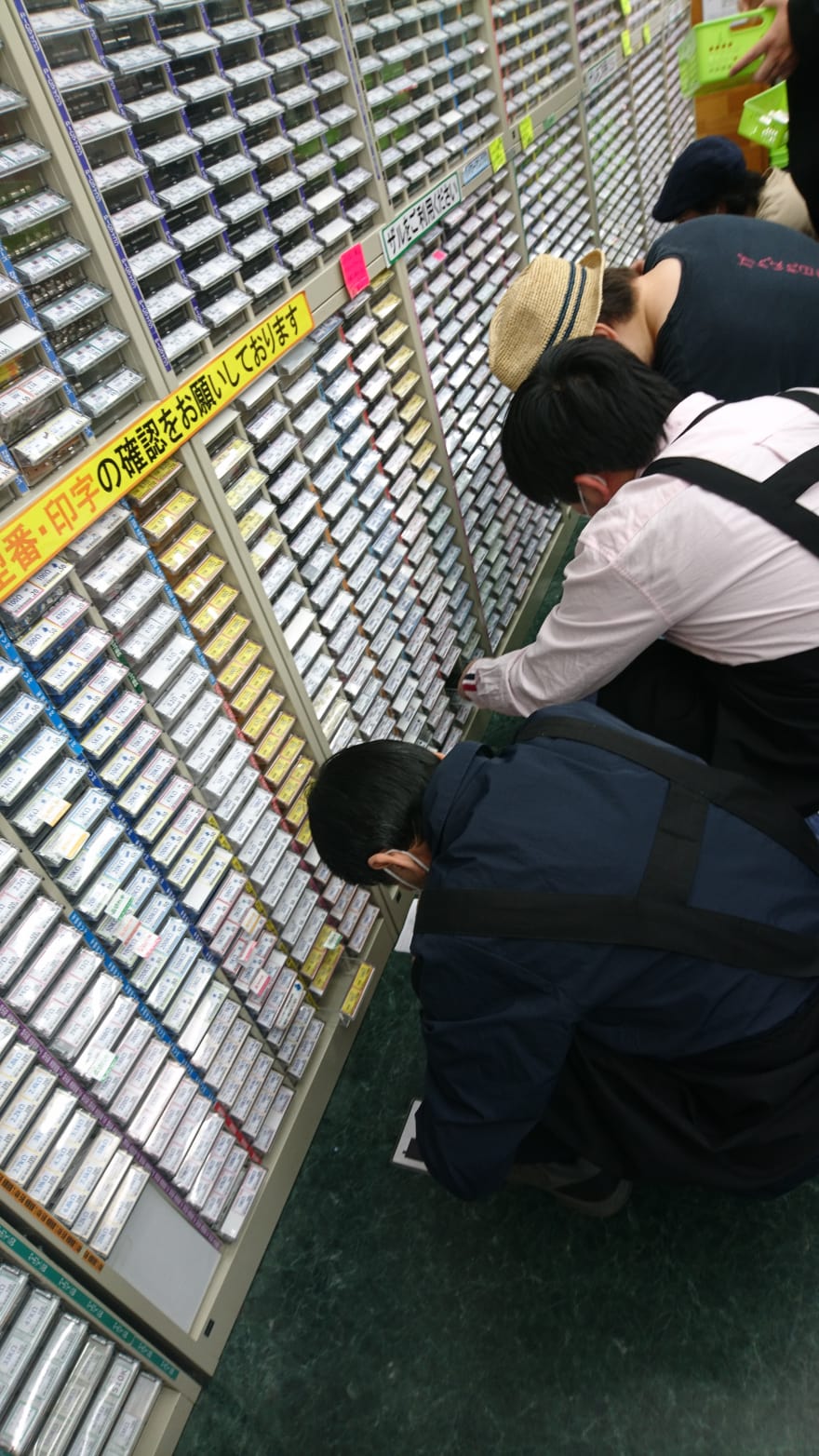 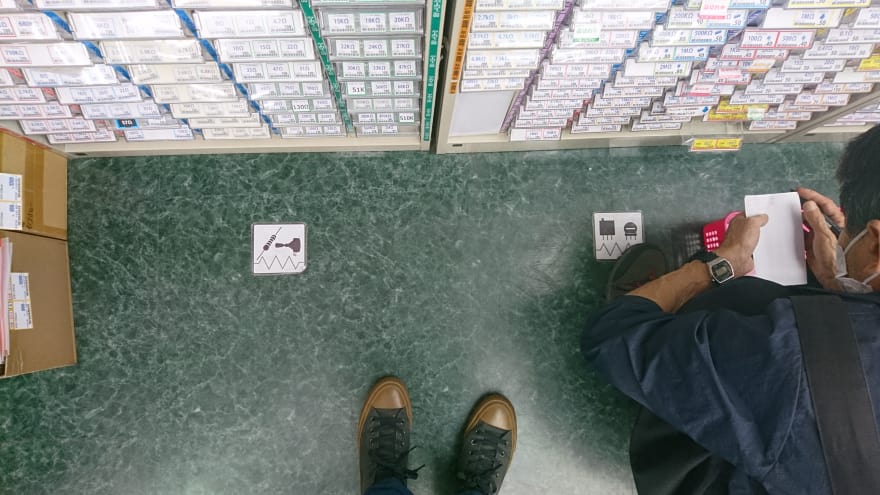 Another thing that made me very happy about this store is that I wanted a Mastech 8260 series multimeter, and the only way you can get them in Germany is to order them from China, I ordered mine, it got lost somewhere on the way, I even got the money back after two months... and I found it at this store... and it was cheap! 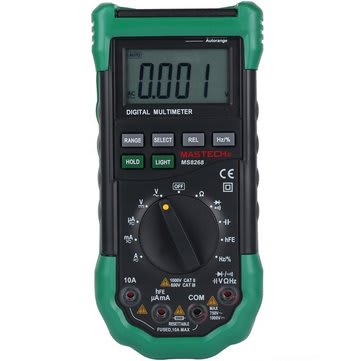 Another very good store, bigger than Akizuki Denshi is Marutsu. I think it was there where I got the board I needed for my maker faire project. They had all sorts of qualities and prices, which was good because it was on the last day of the trip and I was broke already. 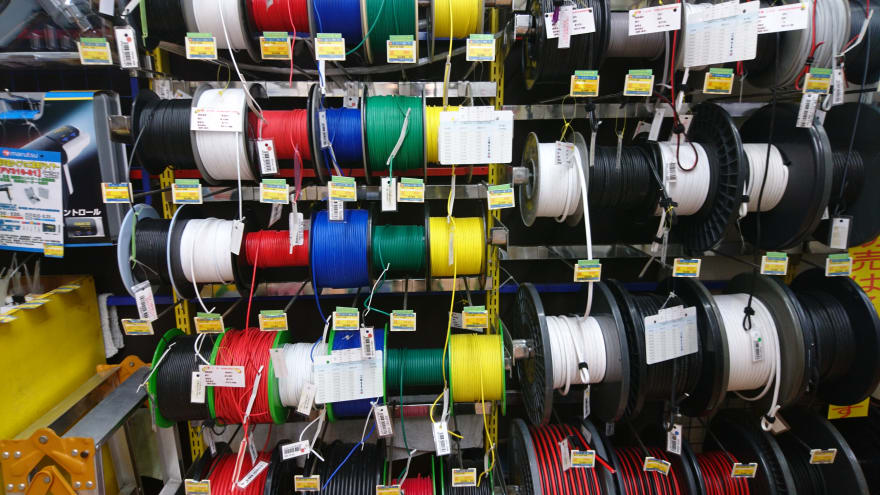 This is an indoor market with small booths selling each very specific electronic parts. It reminded me a lot about the electronics markets in Mexico, where you have all these booths crammed in a very small places. Like there is one if you want to buy only switches, another booth for capacitors of all types and so on.

It took me a while to find it, because the entrance is really small, and the staff wasn't as friendly as in other places in the city. :-/ It is still worth a visit maybe if you are looking for something very specific.

The location of Electric City.

To conclude, well yes, you can find lots of interesting stuff in Akihabara, but I didn't feel they had more things than in Mexico for example, which is not considered a tech capital by most standards. I think also because in Mexico there is a big market for reused parts, as it is part of the third world there is a bigger tendency to repair electronics rather than buying new or maybe because I know Mexico much better or the stores are bigger there. In Mexico they don't always have things in stock though and they don't sell as many boards for Makers and DIY projects, you need a special store for Pis and Arduinos, I know only two or three places where you can get them and getting books on the subject and in Spanish is very difficult.

Well, that was it for this post. I hope I find some time soon to post about my project at the Maker Faire Berlin and what I did with that board I got at Akihabara. (That board has already travelled more than many people).

It would be fun to make a post about buying electronics in Berlin, the city where I currently live... though it didn't come to mind immediately because that's part of my routinary life... not as exciting. Though I just remembered when I went to an electronic shop in Chiang Mai in Thailand... it was a lovely experience. I will write about that in a future post hopefully as well.

Setting up Shinobi and a Wyze G2 Camera