GraphQL Query Generator is an interesting library brought to you by the IBM team, which's the main idea is to allow users to generate randomized GraphQL queries from any given GraphQL schema.

The first thought that comes to your mind might be:

"Why I may ever want a bunch of randomized queries?"

but giving it a second thought it might be quite useful. The team behind the GraphQL Query Generator suggested two basic use-cases for their library:

The library provides two functions for generating random GraphQL queries, both expecting a GraphQL schema, as well as specific instructions provided in configuration object as an input: 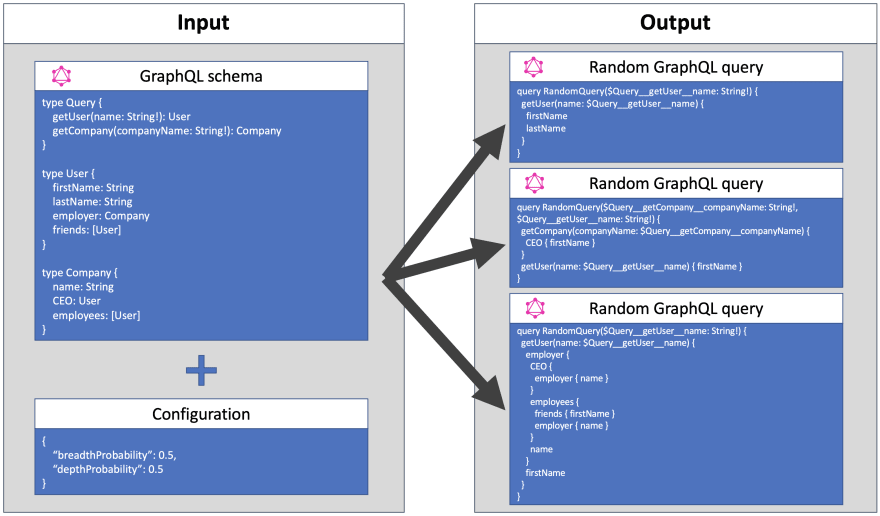 The configuration object accepts a set of predefined properties i.e.:

The full list of available properties is available in the GraphQL Query Generator docs.

GraphQL Query Generator is a great addition to the already broad spectrum of GraphQL tools. Its a relatively new library that is worth experimenting with as maybe you could find some other innovative ways it could be used by the GraphQL community.

Let's Get You Started With React Native (If You're A React Developer)!