In 11 months of writing I have amassed over 250k views on DEV, not to be sniffed at...but I can do better!

Hopefully you will find the writing stats interesting or when to post on DEV if you are a content creator, but if you don't create content / aren't interested in that you can skip to my plans for the year here as I am sure you will find that interesting!

So I started writing in February 2021, so these are stats for 11 months as a complete beginner!

Although views don't really tell you much (as I could have just written a load of pandering listicles) it is still an interesting number to see.

And I am not going to lie, hitting quarter of a million views did bring a smile to my face.

I could easily have doubled that number if I had written to a schedule but overall it was a good first few months as a content creator and it let me "find my voice" (which is apparently angry, sarcastic and mean! 🤣)

But how much effort did it take to hit those numbers?

83 posts...not too shabby. Although I will admit a lot of them were silly posts.

But for every post released I also have loads of draft posts that didn't make the cut!

Yikes, 98 unpublished posts! Some are almost complete too but I either didn't like what I had written or just didn't have the motivation to finish the article as it didn't appeal to me.

One job for this week is to rescue the posts that were nearly complete and just finish them, just because I didn't love them doesn't mean that someone else won't find them useful!

So going back to my released articles, that means that with 83 posts and 270k views the average number of views for each of my posts is 3,274. Not too bad, but I could certainly improve that (more on that later).

The one that surprised me was number of comments. 1820 comments in 11 months? I spend too much time here (seriously, one of the things I will be changing in 2022)!

What would be good to see is how many of those comments were on my own posts. I could probably work that out using the forem API but I don't think I will bother as it is just curiosity!

All I know is that although i enjoyed writing essays in the comments (seriously some of my comments are 2000+ words!) it is not a very productive use of my time so I need to stop that.

Badges are pretty pointless and if you are a new writer do not place as much emphasis on them as I did.

At first I thought it was really cool when you got a new badge but now I realise that most of the time the "achievement" is quite empty and down to luck in some ways. 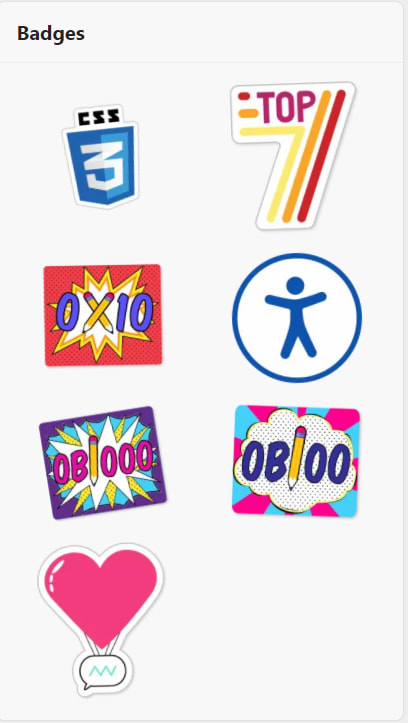 As I said, the gamification aspect of the badges makes them feel special at first, but in reality they don't tell you much about the quality of your content.

Last but not least, interactions

The one stat that has a little meaning to me is interactions. It does at least give me some idea of if people like a particular piece of content.

So yet again the average reactions per article is roughly 83 (weird, 83 articles with an average of 83 reactions - perhaps that is my new lucky number, but either way there is something pleasing about having a square number! 🤣).

But that isn't particularly useful on its own, what I look at is reactions per view.

So by doing this I can see which posts have the most engagement from the DEV community.

It makes sense as that article was a monstrous and high effort posts so that does make it worth it (even if the view count was a lot lower than I would have liked at 8859 views.)

Still it is the top accessibility article for the year and in the top 5 for all time so I am happy with that.

The one thing I certainly learned that I haven't covered yet is:

Over the last year I tended to just release content whenever it was finished. This was my first big mistake!

Although it is a little out of date (I did the analysis in June) I did analyse the best times to release articles for likes on DEV so I thought I would share that with you finally!

What I did was download every article that was live on DEV (yup, 250k+ articles for a total of 10.6GB at the time!), which includes the like counts and release date etc.

Then I discounted the top and bottom 5% number of likes to account for outliers / over-achievers / under-achievers.

Then I looked at the publish time and collated the data together into sections in the table.

You can find the live table here (3rd table, the other two are less relevant! This was only designed for personal use! 🤣)

All the times are GMT and you can certainly see some interesting patterns.

So the best times to release articles are:

The worst time to release is Friday at midnight!

If you write here on DEV I hope that is useful for you so you can tune your release times for maximum impact!

For me personally one of the big wins / changes for the year is to write articles and then "sit on them" until the prime time to release them.

So my release schedule starting 09th January 2021 is going to be:

As I plan on writing 4 articles a week!

Which leads me nicely on to...

I have decided that the best way to focus my writing while making it easier for people to read stuff that they find interesting is to write some mega series!

Here is what is coming this year!

Read the introduction to the series here:

This time I am going to tackle one of the biggest barriers to people building accessible applications and websites...the complexity of WCAG (the guidelines around accessibility).

I am hoping to make 2022 the year of semantic HTML and accessibility and this is just my way of making accessibility more approachable.

You can read more about the WCAG in plain English series in the following introduction:

In this series I explore the exciting world of Conversion Rate Optimisation (CRO), helping turn visitors into customers or mailing lists subscribers etc!

I am hoping I can help people see the difference between "pretty" and "effective" when it comes to UX design!

You can read more about the CRO series in the following introduction:

The 4th and final part of this "year of series" is more of a general series on taking a business from £0 to £1million!

I will be sharing how I am optimising my time (so I can create all these series!), producing an MVP, launching a product and raising capital for the product to reach my goal of £1million turnover by 01/09/2024!

This series will have loads of little tips and tricks for time management and optimising your work day so it will be worth following for that!

But even if that doesn't interest you it will probably be interesting to see how the Ultimate UI series and WCAG in English series are part of a much bigger plan!

Oh and in case you are wondering where this is all leading...

I am building a site builder / CMS...that has to make the article worth a read just to see why I would do something so stupid! 🤣

You can read my introduction to the idea here if this interests you (it is a little long, future entries will be better structured and shorter!):

I don't think there is much else I need to say other than - I better get cracking on writing!

Oh there is one more thing I forgot to mention...I will be releasing some YouTube shorts / Tik Toks for WCAG and Conversion Rate Optimisation so if you prefer quick summaries rather than in-depth articles they might be right up your street!

Oh and one more thing - I have 3 EPIC guides planned on images, forms and performance similar to my mega article on accessibility:

Anyway, that is my plans for 2022 and beyond, what do you have planned for this year?
View full discussion (31 comments)

7 Free Public APIs you will love as a developer💖

GrahamTheDev
Specialising in accessibility and website load speed / performance.
So I got a job 🎉...and I am as shocked as you are! 🤯
#watercooler #writing #career #webdev
It *IS* possible to get a voice here! [tips to grow on DEV.to + a mini rant!]
#writing #discuss #watercooler #meta
Did you know there are 4 and 8 digit hex codes (#11223344?) for colours? 🤯
#css #codepen #beginners #webdev

Once suspended, grahamthedev will not be able to comment or publish posts until their suspension is removed.

Once unsuspended, grahamthedev will be able to comment and publish posts again.

Once unpublished, all posts by grahamthedev will become hidden and only accessible to themselves.

If grahamthedev is not suspended, they can still re-publish their posts from their dashboard.

Once unpublished, this post will become invisible to the public and only accessible to GrahamTheDev.

Thanks for keeping DEV Community 👩‍💻👨‍💻 safe. Here is what you can do to flag grahamthedev:

Unflagging grahamthedev will restore default visibility to their posts.