Take part in the biggest React event in the world

When we started organizing React.js meetups in Amsterdam in 2015, we had no idea how big the technology would eventually become but we were sure of one thing – we were huge fans, and we wanted to dedicate our time to helping React become widely adopted. Five years later, we can finally say: Mission accomplished!

Over a couple of years, as React Amsterdam conference became one of our community events, we were surprised and delighted to see React pick up so much interest from independent open source devs as well as major international companies, and we were happy to lend a hand to speed up the process. 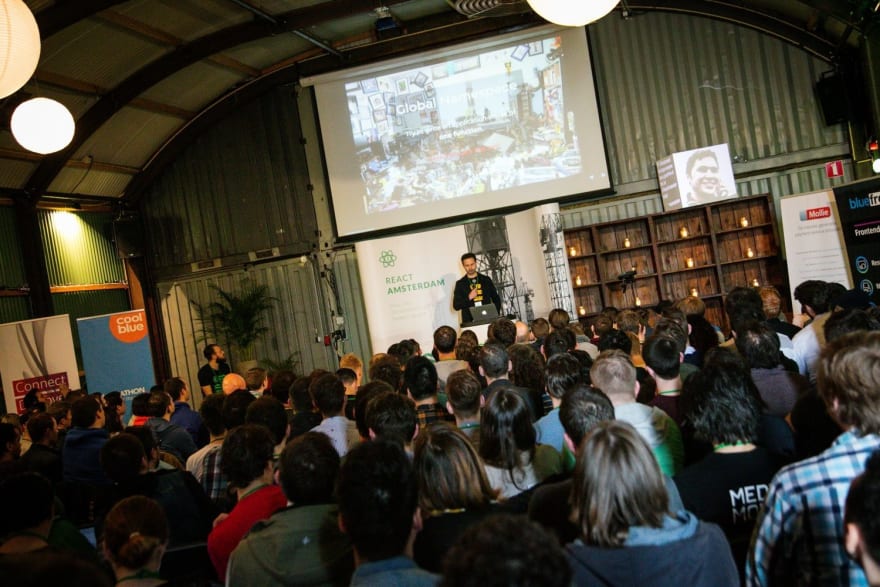 Together with React, both our team and the GitNation Foundation have grown to create many more industry-leading conferences in major European cities, along with meetups catering to the local communities of software developers.

However, React Amsterdam, which has in the meantime become the biggest React.js and React Native conference in the world, still remains our primary focus, and we're excited to celebrate its 5th anniversary this year under the new name React Summit. And you're invited to join in on all the fun! 🎉

The birthday party will be major – the event will attract 1500+ attendees in 2020, and both before and after the conference we're going to organize parties where you'll get to network with hundreds of fellow developers and enjoy lots of JavaScript-powered art and audiovisual performances.

Previous React Amsterdam conferences have featured stellar speakers from Facebook, Amazon, GitHub, Microsoft, and other important players on the market, and these companies have been supporting us in pursuing our goal — to give Open Source a human face. And the great thing is that you can meet them in person at React Summit and pick their brains.

And of course, we'll be serving a birthday cake! 🎂

Wondering how to RSVP to the event?