Laravel has soared in popularity in the last few years. The Laravel community even says that Laravel has made writing PHP enjoyable than a pain. Laravel 6 has some interesting new features. Getting a super scaleable working URL for your application take hours if not days. Setting up something like Kubernetes is a huge task. This is where Google Cloud Run shines, you can get a working HTTPs URL for any of your containerized app in minutes.

Google Cloud Run is serverless and fully managed by Google, you get super scale, billing by the second, HTTPs URL and your own domain mapping. If you want to run stateless containers. Cloud run is hands down the easiest way to do it. In this post, I will detail how to get your Laravel 6 app working on Google cloud run with Continous Integration (CI).

Why is Cloud Run a great option for beginners

For two reasons as mentioned below

Below are the steps to set up and deploy Laravel 6 on Cloud Run:

Start by cloning Laravel or using composer or the Laravel CLI as indicated in the official installation guide. I am using composer to get the latest Laravel as below:

I ran the following command to get the latest Laravel:

Then run cd laravel6-on-google-cloud-run then php artisan serve to see if it is working, for me it was fine when I went to http://localhost:8000 on a web browser. I had PHP 7.2 installed locally. 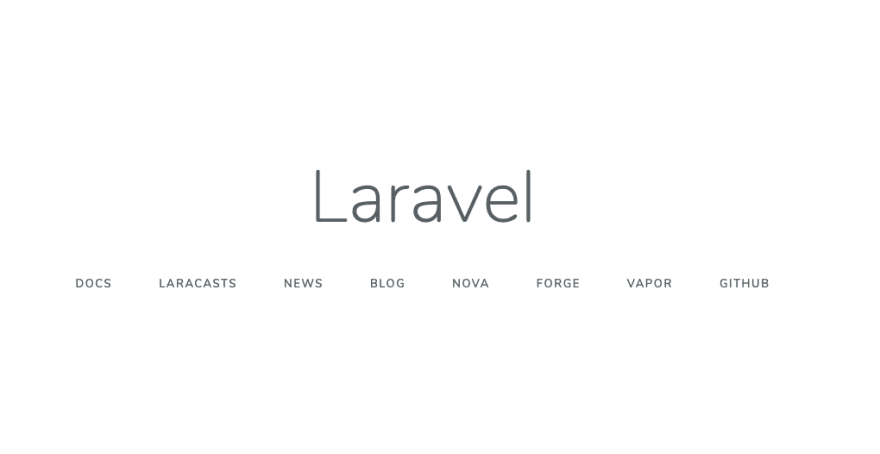 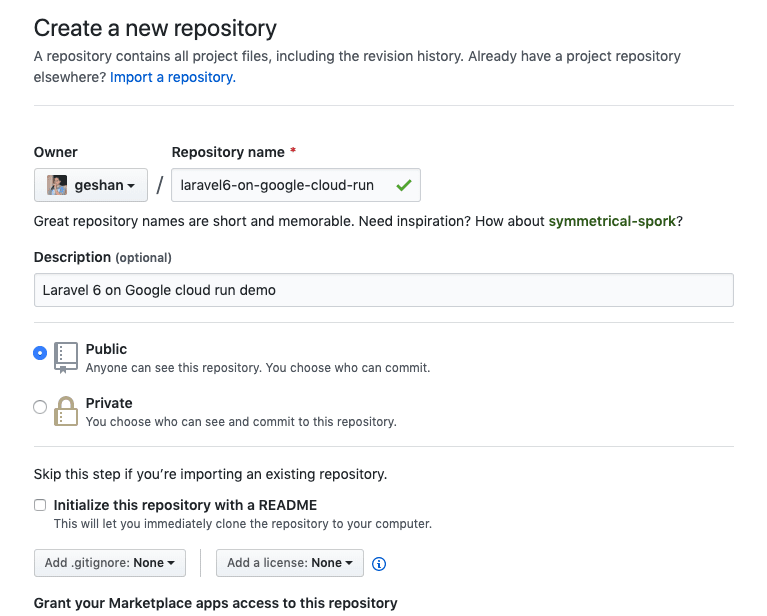 You can use any Git hosting provider, for this example I will be using Github Actions to run tests and Github is the most popular git hosting too.

Now after you have the repo created, add it to your local Laravel copy and push the Readme file. To do this run the following commands on your CLI: 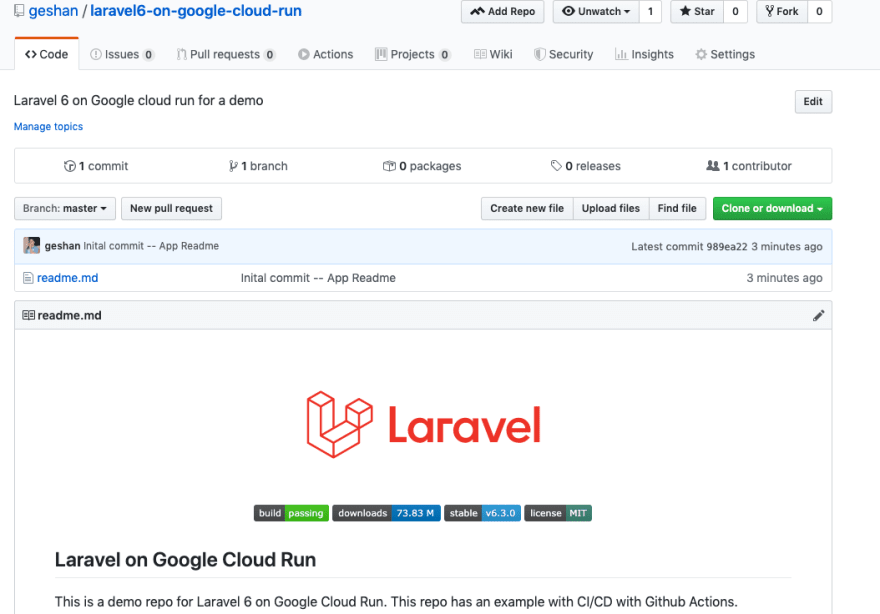 Now let’s add the whole app as a PR to the Github repo by executing the following commands:

After that go and open a Pull Request (PR), on the repo like this one. You might be thinking I am the only one working on this, why do I need a PR? Well, it is always better to do things methodically even if it is just one person working on the project :).

After that merge your pull request.

Not some fun part, after you merged your PR now Github knows that this is a Laravel project. Click on Actions tab on your repo page and you should be able to see something like below: 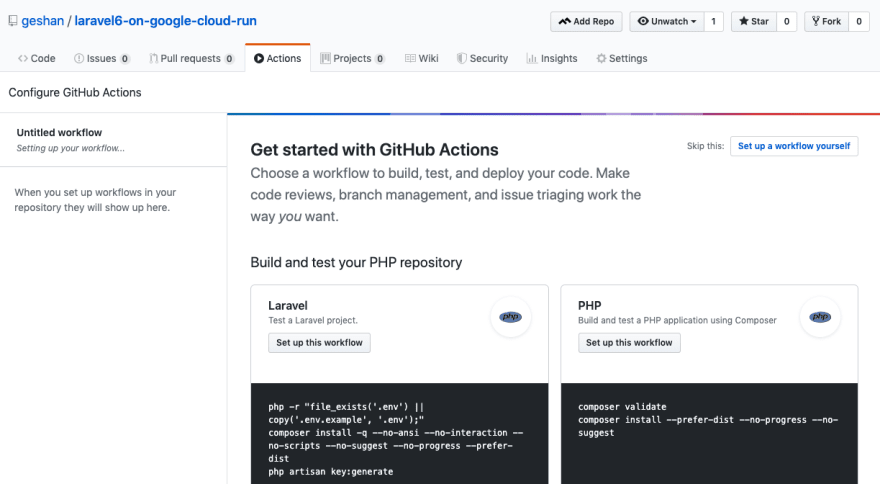 Click the Set up this workflow under Laravel then on the next page click Start commit button on the top right. After that add a commit message like below and click Commit new file. 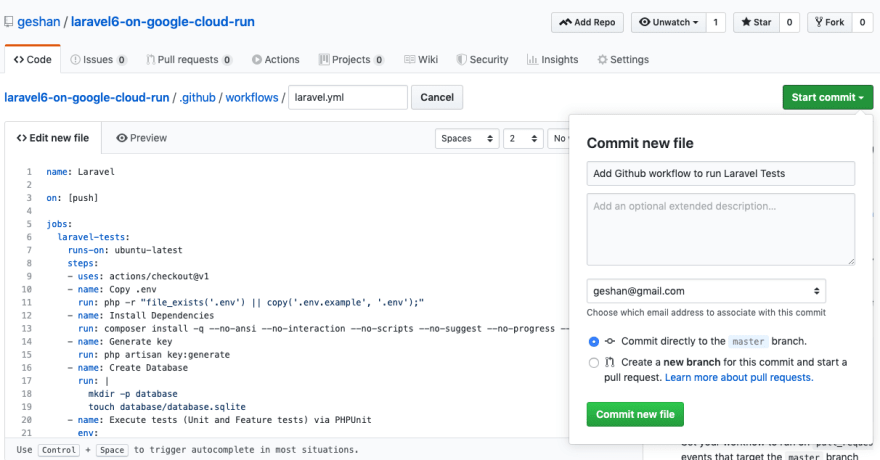 There you go, you have your CI setup. Laravel default tests will run on each git push now. Wasn’t that easy? Thank Github for this great intelligence. No more creating .myCIname.yml file :).

Run the following commands first to get your master up to date as we added the workflow file from Github interface:

Add a key to the .env.example file, copy it from .env file like below:

As this is just a demo this is ok to do, for a real app always be careful with secrets. For production-ready apps do turn off the debugging and other dev related things.

Add the following Dockerfile on the project root:

Then add the following file at docker/000-default.conf

After that add the following docker-compose.yml

Boil down to main things

If you try to understand everything here it might be overwhelming, let me boil down the main parts:

As Laravel is running fine with Docker, let’s open a PR like this one to add Docker to our project. I ran the following commands on the root of the project before opening the Pull Request (PR):

As a bonus it will run the Laravel default test on the push like you can see below: 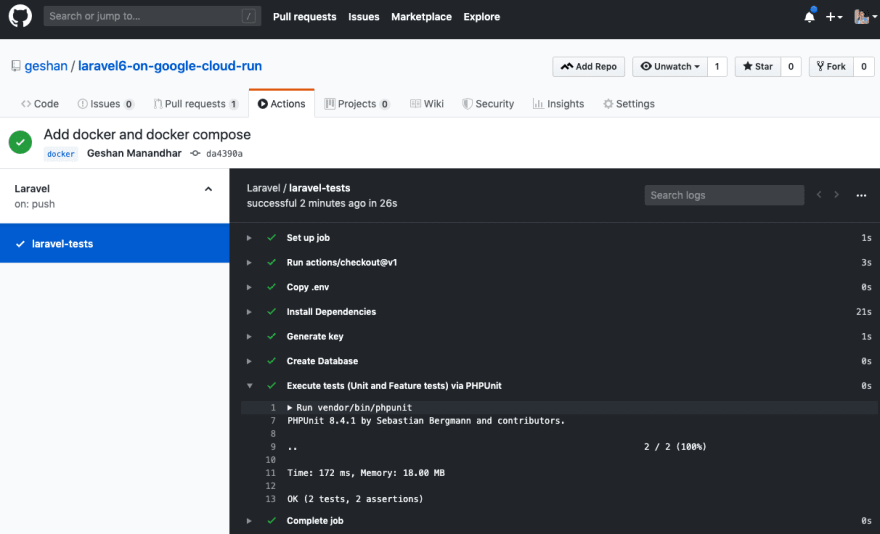 Only the owner of the repo has access to the Actions tab so other people don't necessarily need to know the results of your test builds :).

Now let’s deploy this Laravel setup to Google Cloud Run the easy way. Given you have merged your PR from the docker branch. Let’s run the following commands:

Then add the following to your readme.md file:

After you merge your Pull Request (PR), then go to your repo page and click on the Run on Google Cloud button. 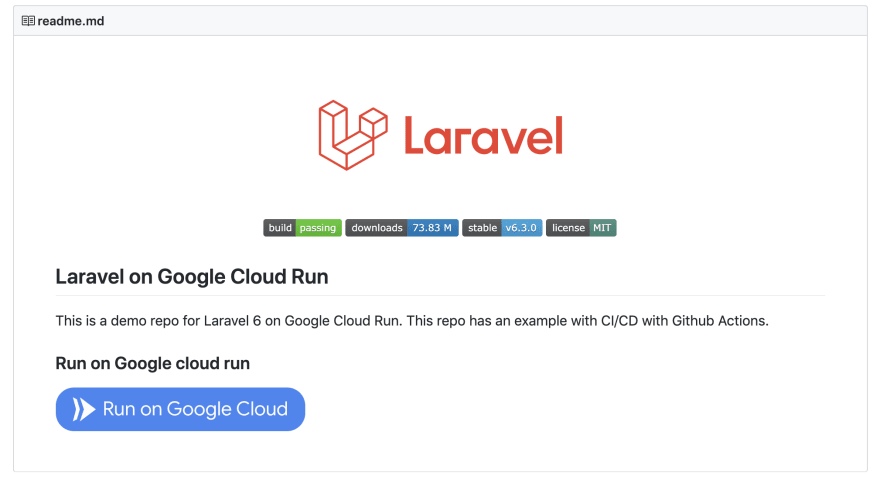 If everything goes fine on your Google Cloud Shell, you will see HTTPs URL you can hit to see your Laravel app running like below:

What just happened above is:

10. Hurray, your app is working

After you git the URL you should see your app working on Google Cloud Run like below:

If you want to deploy another version you can merge your PR to master and click the button again to deploy.

The pricing for Google Cloud Run is very generous. You can run any containerized app or web app on Google cloud run. I ran a pet project that got ~ 1 request per minute and I did not have to pay anything.

Behind the scenes, it is using Knative and Kubernetes. It can also be run on your Kubernetes cluster but who would choose to manage a K8s cluster if you can just push and get scaleable serverless fully managed app :).

To run Laravel 6 on Google Cloud Run quickly follow the steps below:

There you go running a Laravel app on Google cloud run was pretty easy. You have even got the tests running on Github with Github actions. I hope it helps. To do a CI/CD approach you can check this post, it shows deployment using Cloud build. As the same container is running for local and production (Google Cloud Run) environment you don’t need to learn a new framework to go Serverless. All the code is open source in this Github repo.

Any containerized web app can be run on Google Cloud Run, it is a great service.

Top serverless plugins we are using

How is it like to be back from Node.js to PHP?