In this article, I want to introduce you to the concepts that make up the NGRX platform and all its pieces to fully understand how it helps us create better applications.

NGRX, for those who don’t know yet, is a Redux library for Angular. It helps us with state management, which is arguably the hardest part to manage for modern, large scale, client-side applications.

Compared to Redux, which only provides the layer for the store, NGRX comes with quite a few powerful features.

Notice: the snippets in this article are not updated with the latest changes in NGRX 8.

This is the first part of a 4-part articles series that will cover:

Why NGRX, or any state management solution

NGRX, and other state management libraries for Angular (NGXS, Akita) have become important pieces in the architecture of complex web apps.

An unpopular opinion of mine is that every Angular application should use some sort of state management, be it RX-powered services, MobX, or different Redux implementations.

I found several pitfalls with large (and even small) projects using local state within components, such as:

This list could be much longer, but this is enough to convince me that some sort of state management is essential for not refactoring a new application any time soon.

Let’s see how the platform around NGRX is structured:

Let’s now take a more detailed look at all the concepts we’re going to explore in the next steps.

A store is a central repository where we store our data.

It’s our application database and the only source of truth in our client. Technically speaking, it’s simply a nested object that we use to select and store data.

As the Store service is accessible via the Angular DI, the data in our store is accessible by all components and services from everywhere in our application.

Any information regarding state, unless isolated to one single part of the application (ex. forms, popups, transient state), should probably be stored in the store.

In NGRX-speak — actions are classes that hold information that gets passed to reducers or that trigger side effects.

Conventions for naming the type parameter:

💡Pro Tip: write many granular actions and always write what originated them. It doesn’t really matter if you rewrite some action that does the same thing.

Reducers are simply pure functions responsible for updating the state object in an immutable manner.

A reducer is a function that receives two parameters: the current state object and an action class, and returns the new state as output.

The new state is always a newly built object, and we never mutate the state.

This is a dead-simple reducer that simply returns the current state if no action is matched, or returns the action’s payload as the next state. In a real application, your reducers will end up being much bigger than the example.

There are loads of libraries around to simplify using reducers, but to me, they are rarely worth using.

In fact, we can refactor the switch statement by simply using an object and match the action type with the object’s keys.

Selectors are simply functions we define to select information from the store’s object.

Before we can introduce selectors, let’s see how we would normally select data from the store within a service:

Why is this approach not ideal?

Let’s introduce the utility provided by @ngrx/store called createSelector which was inspired by the React library reselect.

For simplicity, I will keep the snippets unified, but you should assume that selectors are created in a separate file and they get exported.

💡Pro Tip: selectors are super useful, always write granular selectors and try to encapsulate logic within selectors rather than in your services or components

Entities are added by the package @ngrx/entity .

As you may have seen if you ever used Redux, the boilerplate for common CRUD operations is time-consuming and redundant.

NGRX Entity helps us by providing out of the box a set of common operations and selectors that help to reduce the size of our reducers.

What does our state look like by using this Entity framework?

I normally start by creating an adapter, in a separate file, so we can import it from different files such as the reducer and the selectors’ files. 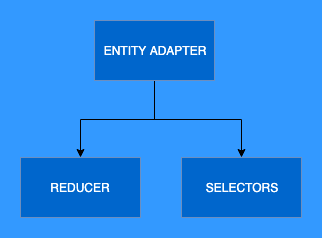 💡 Pro Tip: Take a look at all the methods available in NGRX Entity

The entity adapter also allows us to kickstart a collection of selectors to query the store.

Here’s an example for selecting all the widgets in our dashboard’s state:

💡 Pro Tip: Take a look at all the selectors available in NGRX Entity

Finally, my number one favorite feature in NGRX: Effects.

As the name suggests, we use effects to manage side-effects in our application. NGRX implements effects as streams emitted by actions, that in most cases return new actions.

Let’s consider the diagram below: 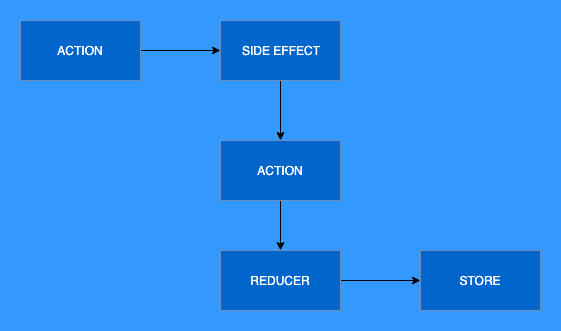 As I mentioned, not all side effects will return a new action. We can configure an effect not to dispatch any action if it is not needed, but it’s important that you understand that in most cases we do want to dispatch new actions as a result.

The most practical use-case for effects in NGRX is making HTTP requests:

Let’s break the above snippet down.

In the next article, we're going to the store of the application and the state’s entities.

I hope you enjoyed this article! If you did, follow me on *Medium* or *Twitter for more articles about the FrontEnd, Angular, RxJS, Typescript and more!*

Things to know about useState

The Repository pattern with Typescript