In the battle for the Game of Attention, content is the two-edged sword and user experience is the horse that leads it to battle.

The streaming wars are in full blast with Netflix positioned for continual dominance, armed with over 50,000 individual titles, 200million subscribers in 180+ countries, even more impressive is the underlying technology powering this growth. In this series, my goal is to scratch more than the surface of how Netflix operates, digging deeper into the technicalities of the end-to-end processes involved in delivering content at scale. In the maiden edition of this series, I focus on the Netflix content onboarding system and open connect.
This diagram shows an overview of the system we will be discussing in this article.

Netflix has a combined library of over 50,000 titles, supporting over 2200 devices, each device with its resolution and network speed. For them to be able to serve that many devices at different Network speeds they need to have the original video in different formats. Netflix receives the video from the production houses in the best possible format. The thing is the videos from the production houses are large, very large. For a commercial blu ray 2hr movie, you're looking at 15-25Gb. Serving this to users in that format will consume data and bandwidth, So Netflix performs a series of preprocessing on the original videos to convert them into different file formats. These preprocessing are referred to as Encoding and Transcoding.

Encoding is the process of compressing video and audio files to be compatible with a single target device. Transcoding, on the other hand, allows for already encoded data to be converted to another encoding format.(MP4,WLM,MOV,MPEG-4) This process is particularly useful when users use multiple target devices, such as different mobile phones and web browsers, that do not all support the same native formats or have limited storage capacity.
The reasons for this preprocessing are fairly simple.

Compressing a 25Gb movie will take a lot of time, to solve this problem. Netflix breaks the original video into different smaller chunks and using parallel workers in AWS EC2, it performs encoding and transcoding on these chunks converting them into different formats (MP4, MOV, etc) across different resolutions(4k, 1080p, and more).

Netflix stores all these processed video data on Amazon S3.Which is a highly scalable and available storage platform for storing static data. Each video file is stored in chunks of scenes.

Netflix uses AWS for nearly all its computing and storage needs, including databases, analytics, recommendation engines, video transcoding, and more—hundreds of functions that in total use more than 100,000 server instances on AWS.

https://aws.amazon.com/solutions/case-studies/netflix
By default, most chunks are 10 seconds of video. Each time you skip to different parts of a movie you are querying Netflix's Playback API for different video chunks. You usually have one chunk actively playing, one chunk ready to play when the current chunk is done, and one chunk downloaded. This is done to deliver a seamless watch experience to the user and maximize the best possible speed at that moment.

The speed at which these chunks arrive determines the bit rate(bit rate refers to the number of bits used per second) of the following chunks. 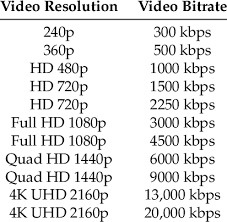 If the first one takes longer than the chunk’s playback duration, it grabs the next lower bitrate chunk for the following one. If it comes faster, it will go for a higher resolution chunk if one is available. That's why sometimes your video resolution can be grainy at first and then adjust to a better definition.

Netflix has users in over 200 countries. If a user in Nigeria wants to watch a movie on an amazon instance hosted in America. The internet service providers will need to travel to America to access those servers which will take time and bandwidth. In an era where fractional delays in serving content can lead to declines in revenue, it is paramount that users get access to the content fast. Netflix solved this problem by creating mini servers inside ISPs and IXP(internet exchange points) known as open connect. These boxes are capable of storing 280 terabytes of data. After the videos have been compressed and transcoded on Amazon S3 they are then transferred to these open connect boxes during an off-peak period (Let's say 4 am). When the user requests for a video instead of hitting Netflix servers directly in the US. It hits the open connect boxes. This ensures less bandwidth, faster playtime, and ultimately a better user experience. Movies can also be localized depending on the region. You could store different movies on the open connect appliances in Nigeria and Brazil. About 90% of Netflix content is served this way.

A CDN is a geographically distributed group of services that work together to provide fast delivery of internet content. Open Connect is Netflix’s custom global content delivery network (CDN).
Everything that happens after you hit play on a video is handled by Open Connect.

How to increase your email quota from 200 to 50,000 messages per day within 24 hours with AWS-SES

Once suspended, gbengelebs will not be able to comment or publish posts until their suspension is removed.

Once unsuspended, gbengelebs will be able to comment and publish posts again.

Once unpublished, all posts by gbengelebs will become hidden and only accessible to themselves.

If gbengelebs is not suspended, they can still re-publish their posts from their dashboard.

Once unpublished, this post will become invisible to the public and only accessible to Elegberun Olugbenga.

Thanks for keeping DEV Community safe. Here is what you can do to flag gbengelebs:

Unflagging gbengelebs will restore default visibility to their posts.