So I have decided I will embrace some of my, sometimes, let's call them "less practical ideas". Therefore, I will do this as a series, Don't try this at work or DATTAW for short. My previous and first post of the series was: 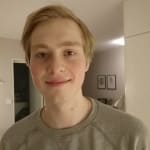 However, I figured I would take on the challenge of removing all if-statements from the code. This was surprisingly easy. The solution:

Small caveat here, the change from if-statement to asserts actually introduces a bug. This bug is triggered only if you run the script using the -O flag: python -O fizzbuzz_v2.py. If you do, it will just print the numbers instead. The reason is that the -O flag runs the script with optimizations, which includes removing all assert-statements. No assert-statements gives no errors and results in no fizzbuzzing.

I hope this post was entertaining and can inspire you to try some unorthodox coding practices (at home of course). It is a fun way to explore the language where you might find some interesting and actually useful insights.

When Decimal is better than Float in Python