What is a Storyboard?

A Storyboard is one way of using Interface Builder for designing and developing views in iOS. Each Storyboard described one or many screens. Each screen in a Storyboard is linked to a UIViewController.
We can navigate between the screens that are designed using Storyboards using Segues.
In theory, it isn't required for us to instantiate view controllers manually if we decide to use Storyboards, because the navigation between them and the data that we need to pass between a screen to the next one, is all handled using segues.
In practice, this pattern can result not as intuitive as we want.

What is a XIB?

A Xib is another way of using Interface Builder for designing and developing view in iOS. Each Xib describes a single screen. As in Storyboards, each screen in a Xib is linked to a UIViewController.
Navigation between screens are defined outside of the Xib file, by manually instantiating controllers using their init method, as we've seen during the second lesson about Swift.

Which one are we going to use?

During this course, we'll use Xibs, because of a couple of reasons:

When we create a project in Xcode, it's created using Storyboards. Adapting it to use Xibs instead of Storyboards is a boring task that doesn't teach us much.
In order to avoid doing that, you can download this template from my Github.

In order to create a screen: 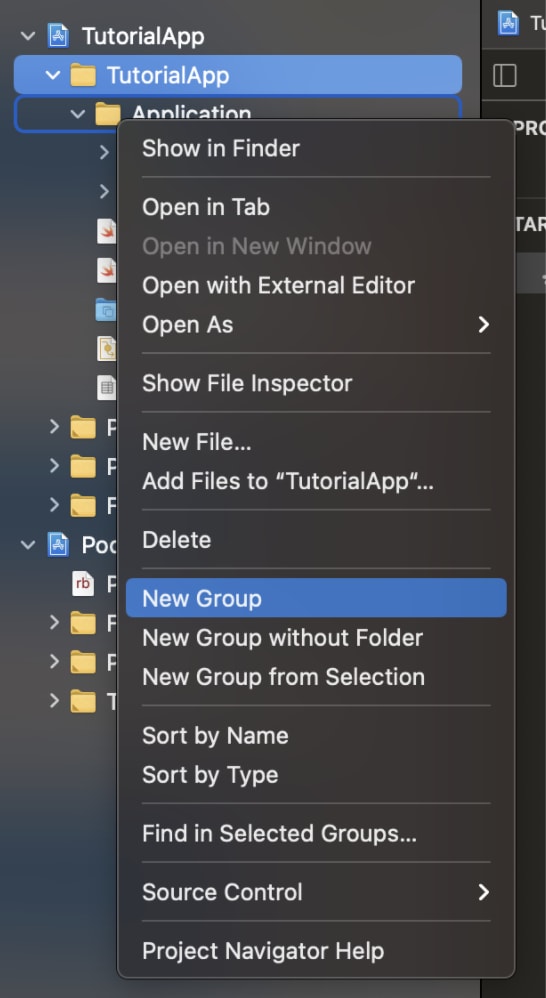 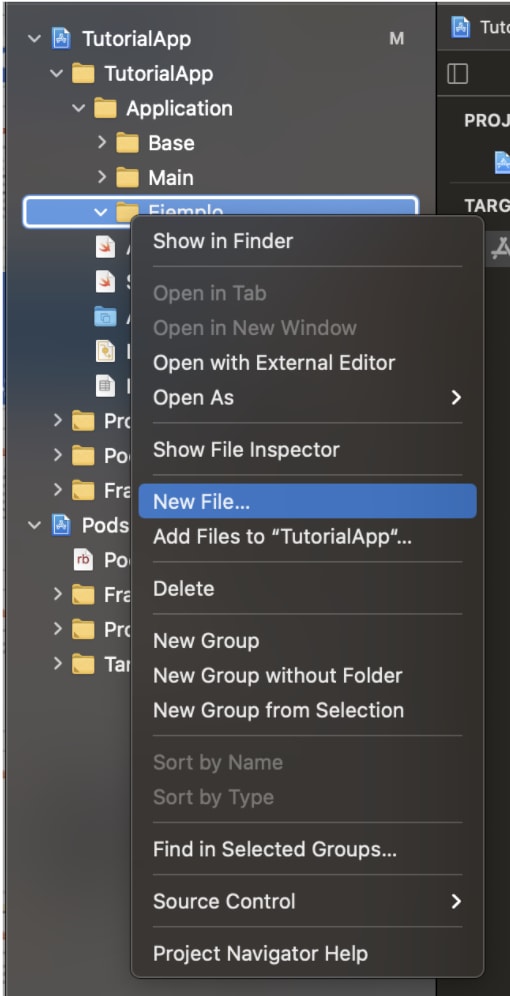 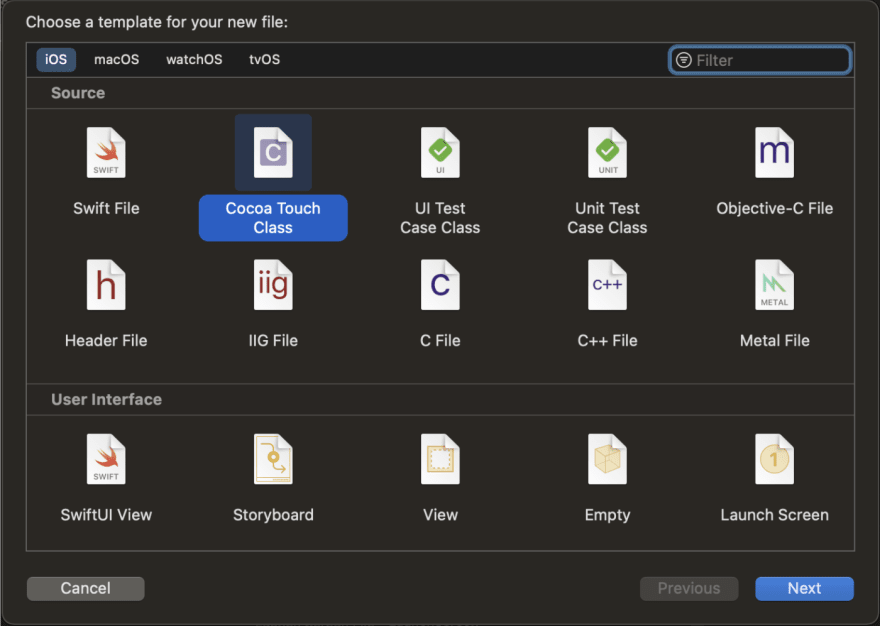 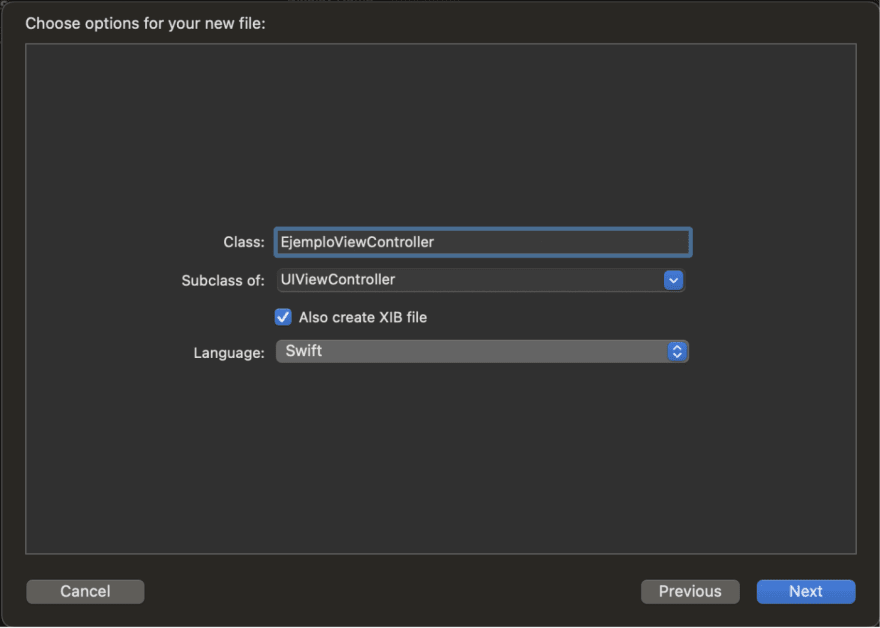 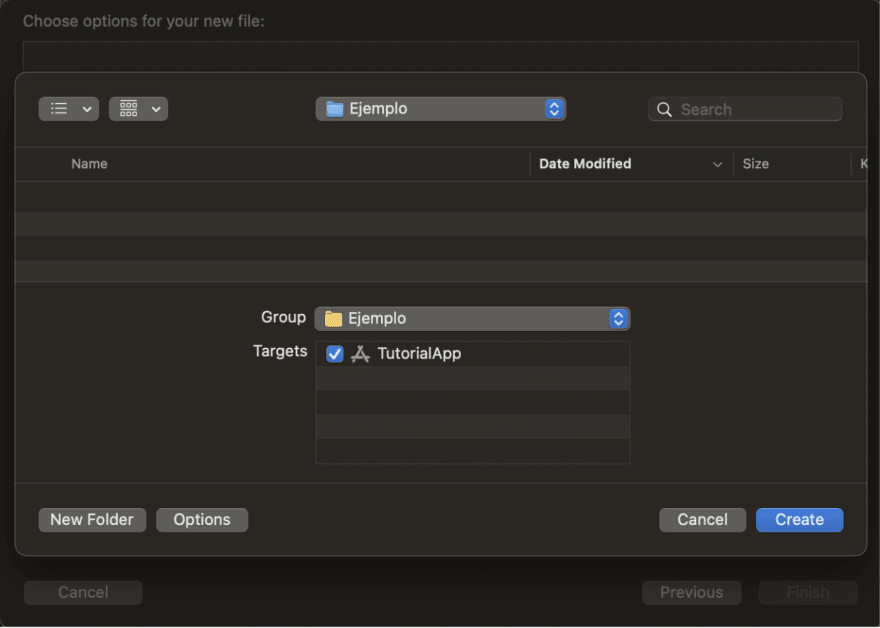 And that's it. We've created our first screen using Xibs instead of Storyboards. In the next tutorials, we'll continue doing this process to create other screens and navigating between them.