So far, we've seen example applications where we only had a single view in the screen. In real world apps we have several screens per app. The user starts their journey in one of them but depending on the actions they take, the app will show them other screens.
The ability of moving between screens in an app is called navigation.

What is a stack?

There is a "global" navigation stack in iOS. We don't have to do anything to create it. Just by creating an app in iOS, we'll have that global navigation stack ready to be used.
Every UIViewController subclass have a present and a dismiss methods. 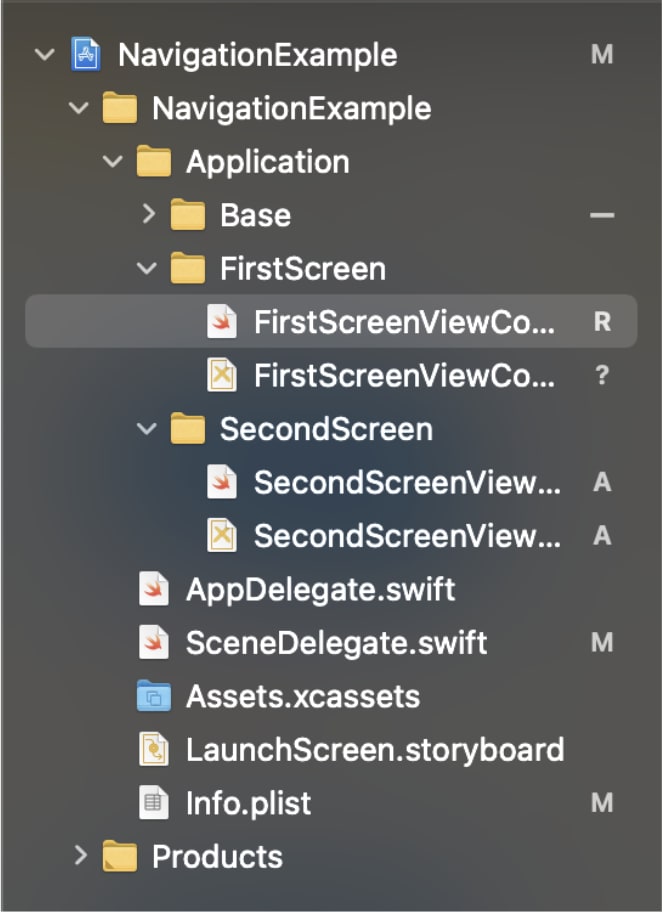 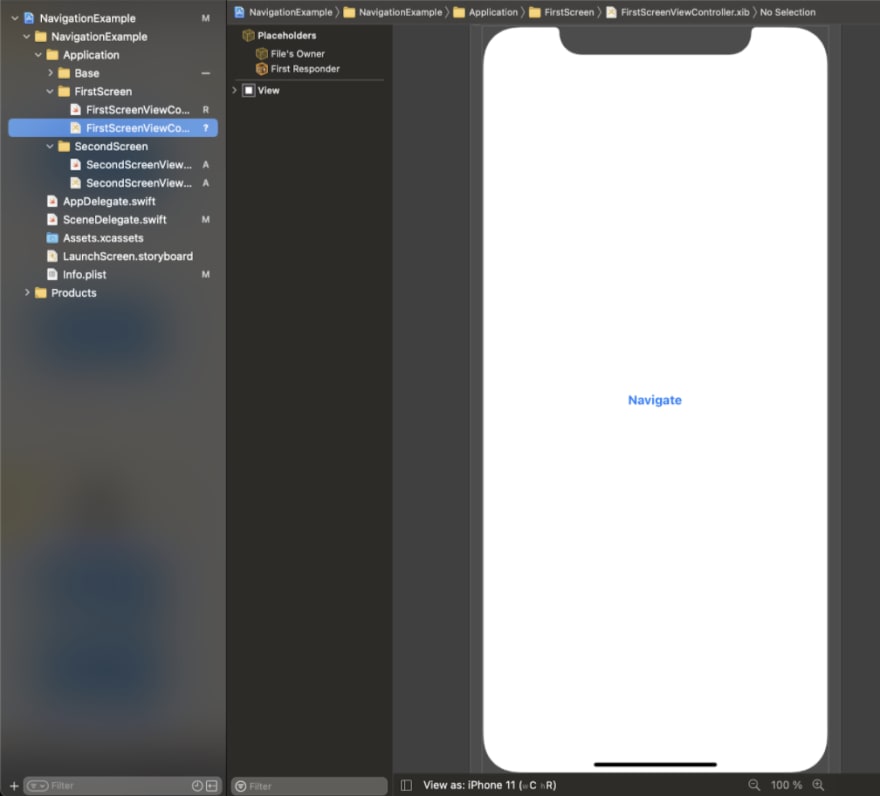 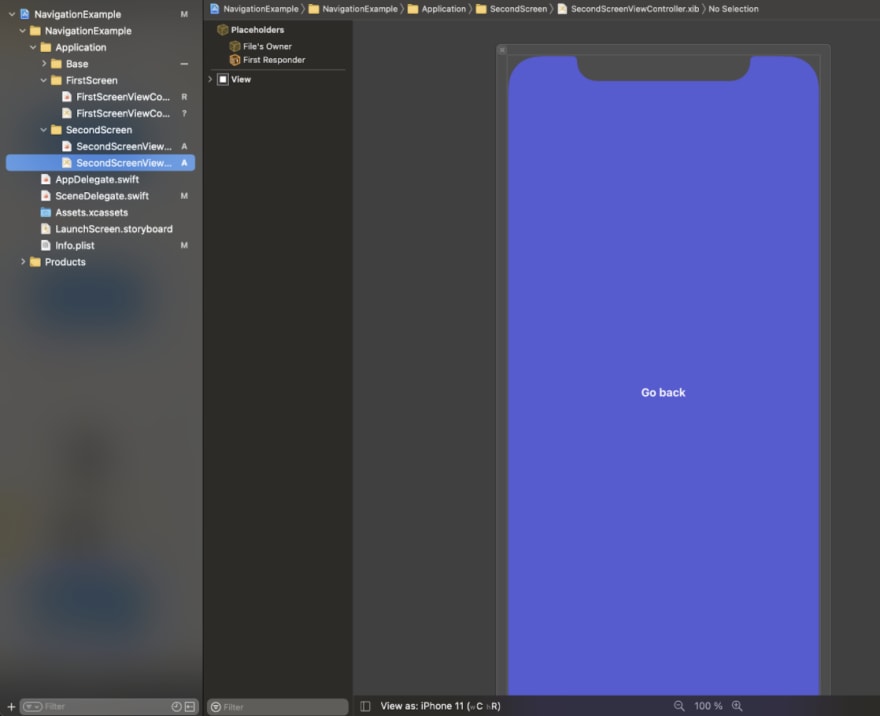 The problem we have now is that, as it's now fullscreen, we can't go back to the first screen anymore. To avoid this, we can configure an action in the second screen, using the dismiss method.

The dismiss method takes two parameters: a Bool indicating if we want an animated transition, and an optional closure, in case we want to execute custom code after the transition has finished.

However, the practice of doing present/dismiss is commonly used to show a modal to the user in specific situatioons.

Most commonly, we'll use UINavigationController, which is a class that contains an internal navigation stack.

To add a screen/controller to a UINavigationController, we'll use the push method.

To remove a screen/controller from a UINavigationController, we'll use the pop method.

A UINavigationController is instantiated with a UIViewController that's called the root view controller, and that will be the bottom of the stack.

In addition, using a UINavigationController gives us a view at the top of our screens that's called UINavigationBar, that contains the current screen title, helper buttons at the sides, and back button, among others.

Let's try to modify the second screen of our app, so that it will be contained inside a UINavigationController.

We'll modify it so that secondViewController will be inside a UINavigationController. 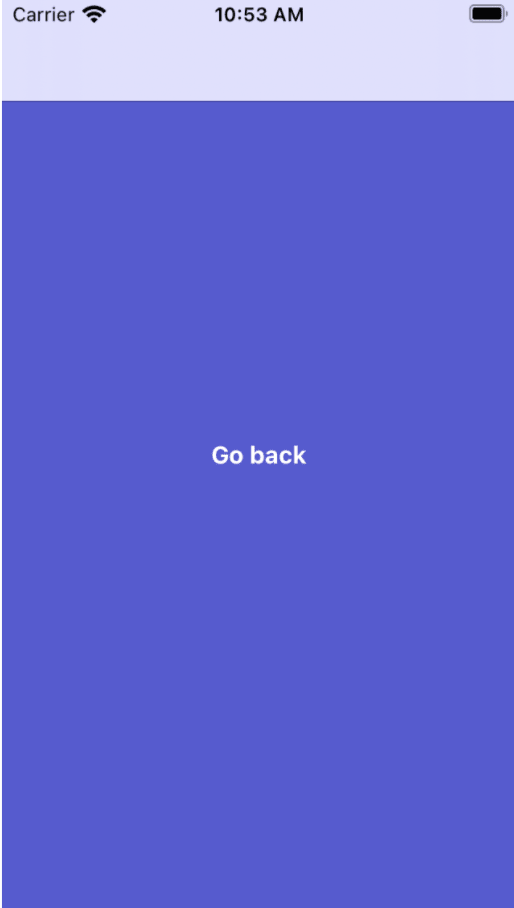 The view that we see at the top is the UINavigationBar.

Something we can do to personalize it, is to assign a title to it. To do so, we'll modify the property title in the view controller: 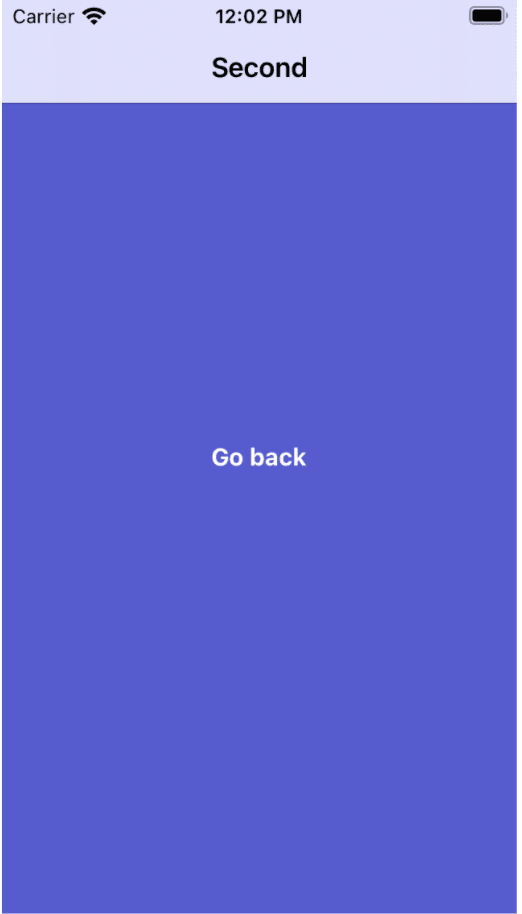 In order to perform a transition in a UINavigationController we need to: 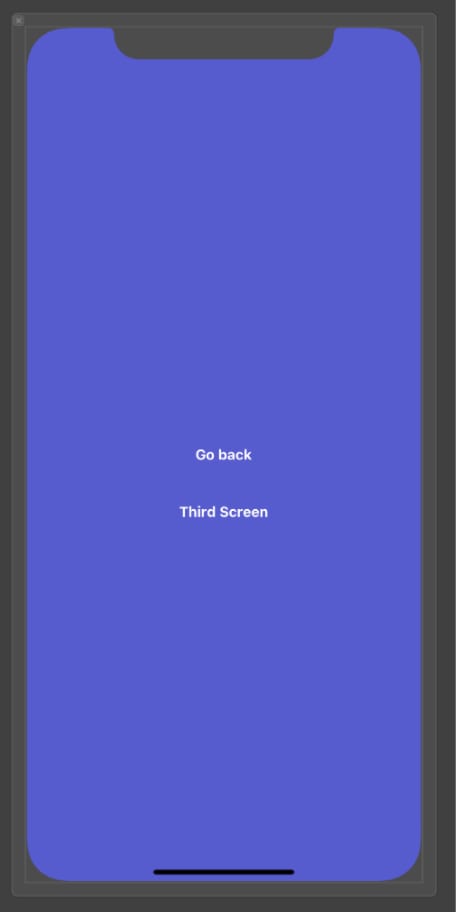 You might have noticed that the navigation bar automatically adds a button to return to the previous screen. If we want to do a back navigation programmatically, we'll use the pop method from UINavigationController.

Small comment: to add a padding to the button, we can set the content insets of it in the attributes inspector

Getting hired after finishing a coding bootcamp