TL;DR: For a project fussel178 and I (pklaschka) were working on, we needed a documentation generator for a Typescript Monorepo.

While the existing solution, TypeDoc, is a great tool, it didn't really fit our needs, and documentation on how to customize the output isn't easy to come by. Don't get me wrong: It's a great project that does a lot more than my own solution, but it simply didn't fit our project's needs. Still, for many projects, it works great, and I can highly recommend checking it out:

After spending a day searching for alternatives (unsuccessfully), I decided to "just" build my own solution. And thus, fliegdoc found its beginning 😉

The CLI searches for a fliegdoc.config.js file and applies its options on top of the default options.

fliegdoc documents only the exported members (!) of a TypeScript library, i.e., one or more (in the case of a monorepo) npm packages.

It first converts the source file's AST to a kind of "documentation-ready" AST, which then gets passed to a theme, converting it to HTML (but, if the theme gets adjusted, also any other format).

The generated web page then includes the project's root README.md, and the API References for the project's modules, i.e., packages.

Therefore, it can very easily be used to document mono-repo structures, including more than one package.

Since the project's exposed APIs themselves are documented using the project itself, you can visit the project documentation to see the generated results.

Let's consider a Lerna-based monorepo with (for simplicity) two packages, resulting in a folder structure that looks something like this:

Since fliegdoc generates the documentation for the entire repository, we add fliegdoc as a devDependency of the root package.json:

Next, we add two scripts in our root package.json:

If our repository followed an easy structure, with just one root tsconfig.json, package.json, README.md, and a main.ts in a root src folder, that all we'd need to do. However, we are within a monorepo that ... makes things a bit more complicated.

To configure fliegdoc to work with this repo structure, we create a fliegdoc.config.js:

While we could configure many other parameters, we can already successfully generate the documentation for the repo with this config.

We can now run

When instead of docs:serve, we run the docs:build script, the only difference will be that in step (4.), the site won't just be served on an HTTP server, but instead, the HTML files get built and outputted to a folder ./docs, which then can get deployed to, e.g., GitHub Pages, Netlify, or a "classic" web server.

It isn't an "all-around" documentation generator for Typescript. It specializes heavily (!) in documenting package modules and has a focus on being easy to understand (the "basic" project was developed in only one day).

While the project is still in a rather early stage of development, and documentation is, right now, WIP (the irony 🤣), it already serves its purpose in multiple of my own projects, without problems.

Perhaps, its use-case also fits your project, in which case, please feel free to share any feature requests should you decide to use it.

It was certainly interesting to dive a bit deeper into the ASTs and other "lower-level" Typescript things apart from everything else. 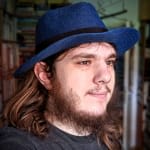 Pablo Klaschka is the first chairman and co-founder of fliegwerk, a group of students developing Open-Source projects.

VS Code Extensions for MERN Stack

Once suspended, fliegwerk will not be able to comment or publish posts until their suspension is removed.

Once unsuspended, fliegwerk will be able to comment and publish posts again.

Once unpublished, all posts by fliegwerk will become hidden and only accessible to themselves.

If fliegwerk is not suspended, they can still re-publish their posts from their dashboard.

Once unpublished, this post will become invisible to the public and only accessible to Pablo Klaschka (they/them).

Thanks for keeping DEV Community safe. Here is what you can do to flag fliegwerk:

Unflagging fliegwerk will restore default visibility to their posts.