When building models, it is common practice to evaluate performance of the model. Model accuracy is a metric used for this. This metric checks how well an algorithm performed over a given data, and from the accuracy score of the training and test data, we can determine if our model is high bias or low bias, high variance or low variance, underfitting, or overfitting.

You need to be familiar with building machine learning models to understand this article well.

Bias refers to the model accuracy when tested with the training set. When building a model generally, we split our data into training test and testing sets. The algorithm, let's say Linear Regression, learns from the training set, while the testing set checks how well the algorithm learned the data.

Two developers, Mark and Bill, were invited for a coding test. They received an email the night before containing practice questions to help prepare for the test. The next day they show up and are presented with the exact questions from the night before. Mark scored 60% on the test, while Bill scored 96%. We can agree that Mark had a higher error margin than Bill. Therefore, we can conclude that Mark has a higher bias than Bill because he scored lower. Here’s how it relates to a dataset.

After being trained on the training set, which usually makes up 70% of the data, we use the exact data to test the model, similar to how Mark and Bill, being tested with the same questions from the previous night. On testing, if the model accuracy is 60%, the accuracy is low and, the error margin, 40%, is high.

To explain the concept of variance, let’s refer to our previous example. Mark and Bill scored 60% and 96% on the questions from the night before. The recruiter then decided to administer a different set of questions, similar to the previous questions but not the same. On grading, Mark had a score of 56%, while Bill had a score of 66%. We see here that the difference between Mark’s previous score (60%) and the current one (56%) is not much, while the difference between Bill’s former score (96%) and the current one (56%) is high.

Once you understand bias and variance, the concept of underfitting and overfitting will be a walk in the park.

Using the scenario above, Mark is an example of an underfitting model. Underfitting occurs when the algorithm loosely learns the dataset. Meaning, when given a training set to learn from, it does not do a good job when learning the patterns in the dataset, therefore, given its poor performance when evaluated against both the training set and the test set. The diagram below gives a graphical explanation of underfitting. 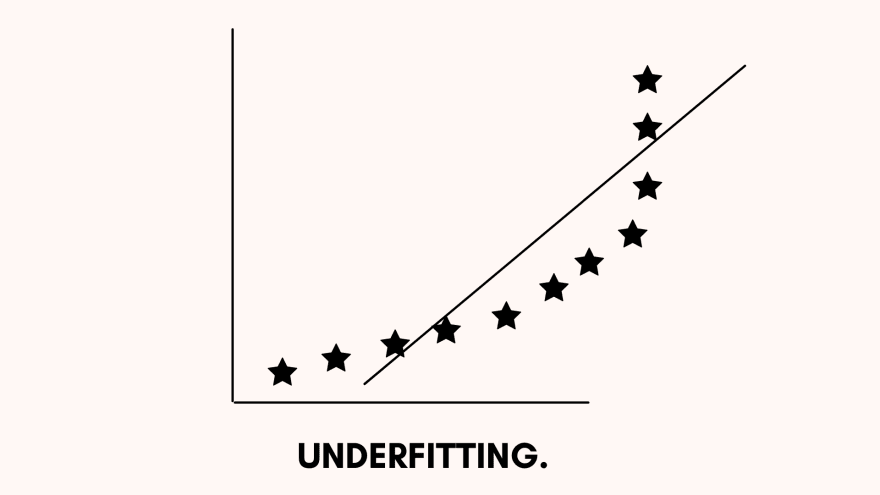 The line above failed to classify the two different sets of data well, which results in the poor accuracy of the model. Underfitting models are highly biased due to the high error margin from the accuracy score of the training set. They also have low variance because the model performs poorly on the training and test set. Hence, the difference in training and test set is little.

Overfitting occurs when the model learns both the details and the noise in the data. Overfitting is similar to the case of Bill. Bill performed well when presented with questions from the previous night but poorly when given new but similar questions. The diagram below gives a graphical explanation of overfitting. 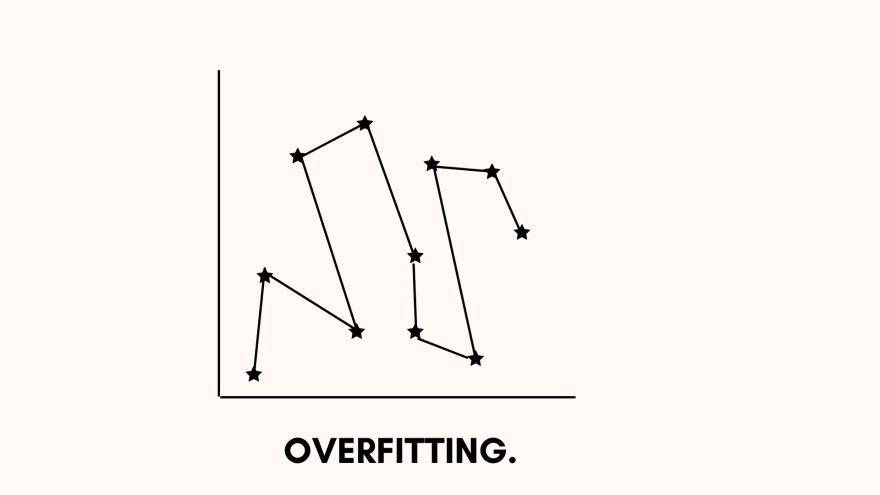 The model here fits the data too well, which results in poor performance when tested with data it has not see. Overfitting models have a low bias because they learned the training data too well, resulting in high training accuracy, low error margin, and a low bias. These models have high variance because they perform so well on the training data and poorly on the test data, resulting in a high difference in their accuracies.

In summary, you do not want your model to be under-fitted or overfit. Your goal when building a model should be to develop a generalized model that performs well both on data it has seen (training data) and data it has not seen (test data) to give accurate predictions.

Moving forward, you can learn about the solutions to underfitting and overfitting, such as

I hope you learned something about bias, variance, overfitting and, underfitting. Thank you for taking the time to read through. Make sure to share this with anyone who will need it, and till we meet again, stay safe.

Which is Better: TensorFlow or Pytorch?

How to Build a Text Transfer AI App

How does TikTok use machine learning?