After reactivating the W3C Games Community Group at TPAC 2020, we decided to continue with bi-monthly online meetups to report on our progress and be up-to-date with all things web gamedev. The short summary below is about the second gathering this year that happened on December 15th 2020.

We had three talks from Ashley, Peter, and Tom on the schedule, with open Q&A at the end.

Ashley briefly explained how Construct works, and went though the latest additions to the engine and the editor. We learned what new technology is used under the hood ( WebGPU , OffscreenCanvas ), what challenges they’re facing (Full-screen, lots of missing APIs in Web Workers, SVG rendering), and various platform needs that could help Construct developers better work on their games.

Peter introduced the Web Install API which is a proposal for the ability of a website to request installation of another website - check out web-install-explainer for more details, he showed GameSnacks integration as an example. It feels like the good old Firefox OS packaged and hosted installable apps, and sounds like a good addition to the PWA functionalities. 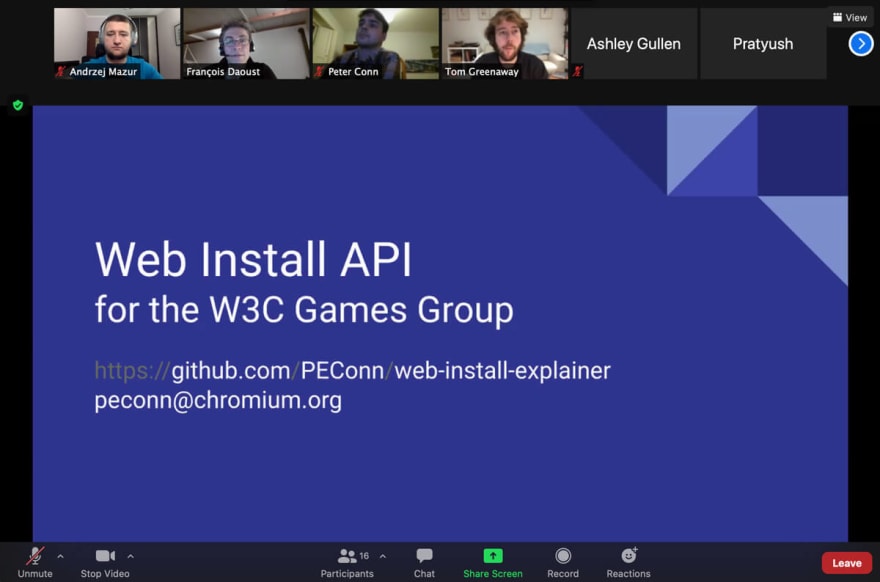 The Web App Directory would be the new approach to the Firefox Marketplace where the apps would be listed and offered to the users, after some initial verification. This could help with the discovery issue we have with HTML5 games, and somehow democratize installation of those on the web.

Tom showcased a multiplayer game he built in a few months for the purpose of the online Chrome Dev Summit , prototyped first within a week using… Construct. The final version was developed with Pixi.js, Node.js, Redis, Docker, Socket.io, and Firestore. 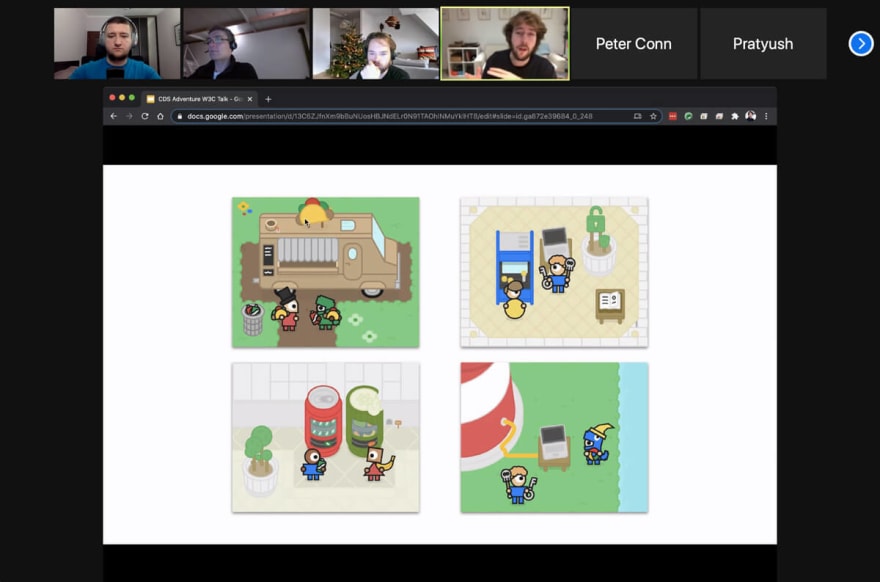 The game called CDS Adventure is an attempt to reimagine the conference through a virtual web game experience for attendees to explore. It worked smooth and looked cool while handling thousands of players concurrently, offering demos and codelabs, and even unlocking virtual swag.

At the end of the meetup I gave a short update on Web Monetization progress, with the info about the potential (but not confirmed) gamedev-related Grant for the Web cohort in the first half of the next year, and some work Coil is doing to offer extra functionalities to their registered members. 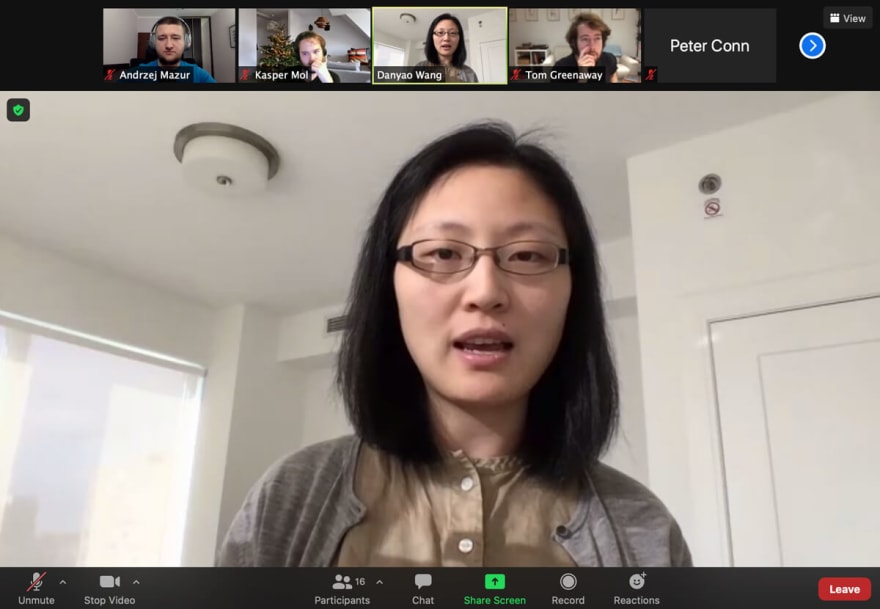 Danyao Wang from Google told us about the Web Payments and Digital Goods APIs she is working on in the Chrome team, which could potentially help game developers monetize their web creations through native to the web In-App Purchases even better. Digital Goods API will be available via Trusted Web Activities in Chrome 88.

I already said that in the previous blog post, but I’m really happy to see this group active again, and that we’re exchanging ideas and giving updates about the technologies developers can use when building HTML5 games (including Web Monetization). I hope this will help push things further and make good progress on the various discussed APIs.

8 JavaScript Tips & Tricks That No One Teaches 🚀 + Giveaway