The most famous and familiar location feature — Geolocation is the ability to track a device’s whereabouts using GPS, cell phone towers, WiFi access points or a combination of these. Since devices are used by individuals, geolocation uses positioning systems to track an individual’s whereabouts down to latitude and longitude coordinates, or more practically, a physical address. Both mobile and desktop devices can use geolocation.
Geolocation can be used to determine time zone and exact positioning coordinates, such as for tracking wildlife or cargo shipments.

Some famous apps using Geolocation are

What is Geocoding and Reverse geocoding?

Geocoding is the process of transforming a street address or other description of a location into a (latitude, longitude) coordinate.
Reverse geocoding is the process of transforming a (latitude, longitude) coordinate into a (partial) address. The amount of detail in a reverse geocoded location description may vary, for example, one might contain the full street address of the closest building, while another might contain only a city name and postal code.

We will go in a step-by-step manner to explore the anonymous login feature of Firebase. This is my break-down of the blog

We have three major objectives

If you are coming from a web background, the easiest way to get started with React Native is with Expo tools because they allow you to start a project without installing and configuring Xcode or Android Studio. Expo CLI sets up a development environment on your local machine and you can begin writing a React Native app within minutes. For instant development, you can use Snack to try React Native out directly in your web browser.

If you are familiar with native development, you will likely want to use React Native CLI. It requires Xcode or Android Studio to get started. If you already have one of these tools installed, you should be able to get up and running within a few minutes. If they are not installed, you should expect to spend about an hour installing and configuring them.

Assuming that you have Node 10+ installed, you can use npm to install the Expo CLI command-line utility:

This will start a development server for you.

Assuming that you have Node 10+ installed, you can use npm to install the React Native CLI command-line utility:

For details you can check this link.

Step 2 : — Install Plugins for Geocoding and Geolocation and get User Location

This library is created in an attempt to fix the location timeout issue on android with the react-native’s current implementation of Geolocation API. This library tries to solve the issue by using Google Play Service’s new FusedLocationProviderClient API, which Google strongly recommends over android's default framework location API. It automatically decides which provider to use based on your request configuration and also prompts you to change the location mode if it doesn't satisfy your current request configuration.

NOTE: Location request can still timeout since many android devices have GPS issue in the hardware level or in the system software level. Check the FAQ for more details.

No additional setup is required for Android

You need to include the NSLocationWhenInUseUsageDescription key in Info.plist to enable geolocation when using the app. In order to enable geolocation in the background, you need to include the NSLocationAlwaysUsageDescription key in Info.plist and add location as a background mode in the 'Capabilities' tab in Xcode.

Since this library was meant to be a drop-in replacement for the RN’s Geolocation API, the usage is pretty straight forward, with some extra error cases to handle.

One thing to note, this library assumes that location permission is already granted by the user, so you have to use PermissionsAndroid to request for permission before making the location request.

And add this function into your code

So after adding all this code your file something look like this.

And add this function into your code

So after adding all this code your file something look like this.

One thing to note, this library assumes that location permission is already granted by the user, so you have to use Permissions from ‘expo-permissions’ to request for permission before making the location request.

In this app, we are using react-native-geocoding package for Geocoding and Reverse Geocoding

A geocoding module for React Native to transform a description of a location (i.e. street address, town name, etc.) into geographic coordinates (i.e. latitude and longitude) and vice versa.

This module uses the Google Maps Geocoding API and requires an API key for purposes of quota management. Please check this link out to obtain your API key.

And use this code respectively for Geocoding and reverse Geocoding

For geocoding of Address we are using react-native-geocoding so the installation and Initialize Steps are the same as Geolocation.

we will use this code for Reverse Geocoding

For Reverse geocoding of Address, we are using expo-location so the installation and Initialize Steps are the same as Reverse Geocoding.

we will use this code for Geocoding

For geocoding of Address we are using react-native-geocoding so the installation and Initialize Steps are the same as Geolocation.

we will use this code for Geocoding

Working Example of Geocode and Reverse Geocing in Your App

Now that you have learnt about how to implement Geolocation , Geocoding and Reverse Geocoding React Native app, here are some other topics you can look into 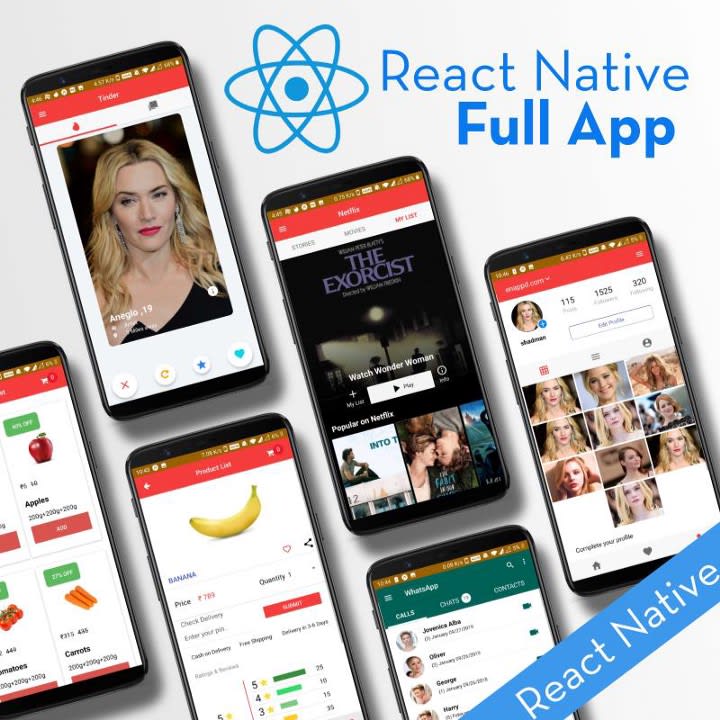 React Devs, Why don't you use React Native for Web?

Setting up Husky pre-commit hook with ESLint, Prettier and lint-staged for React and React Native.