This article is part of a series that can be found here. We're reusing some code from the previous article

Looking for a Discord.JS bot? Check out Hans! Now it's open-sourced 🥳! 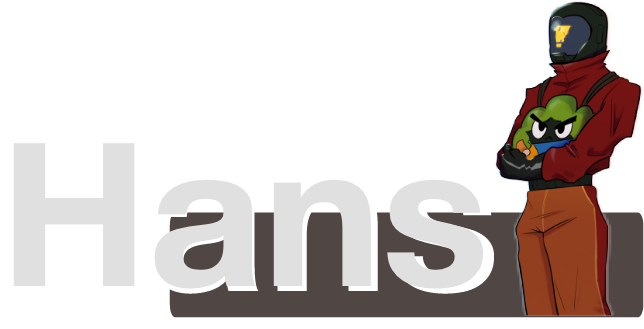 Nowadays we depend on many APIs that we interact with (weather, games stats, etc...)

Many times we don't have to worry about rate limits but in some cases, we do.
If the API has a low rate limit (e.g. x amount of requests per minute) and if we want to deliver the maximum amount of data to our users at some point caching could be the best way to do it.

NOTE: The other option would be to store it in a persistent database such as MongoDB or SQLite, but this would be slower and we add extra network requests if we use an external service

First of all, what is Redis?

NOTE: You can check out the guide for MacOS or Windows. More information is available at the official website

Now that we have Redis running in our system, we can now grab the node package:

It's time to test it out!
We can write a new command that will set a temporary key with the data for us.

NOTE: Redis values can store strings, hashes, lists, and so on. We're just interested in strings so for this we'll have to stringify our data before storing it.

We could write two simple functions that will take care of writing and reading data from Redis:

Now we can tell Redis to store some data under a specific key.

NOTE: this is not just with discord.js, you can apply the same thing to any Node.js APP or even your own API

Let's try it out by storing a new value from our command, a name for example:

We can check our Redis instance to be sure that we actually store it. We'll use the built-in redis-cli:

This is what we expected to happen. Now we can get to the fun part and unlock all the potential.

For this demo, we'll use a free Weather API. Later in the article, we'll explore some real-world examples where this approach shines.

We'll change our command to grab the data from the API and send some of the stats to the chat.

If we run the command we'll get the following result:

Sometimes I miss going back to Spain, you can tell why based on the weather :P

Let's imagine that our API has a rate limit of 1000 requests per month. With the current implementation, we could only serve 1k requests and not a single extra one.

Now imagine our Bot is part of multiple Guilds and multiple users are using our new command. If user 1 fetches the data for Almería, a beautiful city located in the southeast of Spain on the Mediterranean Sea, we could store this data for 1h for example. We don't really need fresh data (every 10 min, and few paid APIs allow you to do so).

Now, when user 2 in another server also wants to see the weather in Almería, we'll fetch the data from our local, in memory and blazing fast (~1ms response time) Redis cache.
For the following hour we could show the weather in Almería for 1 billion users and we only spent one single HTPP request!

You notice that I mentioned the persistence of the data, another great build-in function that Redis has is TTL (time to live) where you can specify for how long you want some data to be cached, without having to worry about cronjobs, re-validation, and so on.
We'll add a new function that will cache some data for the amount of time we indicated:

Now we can refactor our code so that every time we want to retrieve the weather from a given City, we first check the cache. If the city is in the cache, we use that data. If it's not in the cache, we'll fetch the data from the API and save the copy in our Redis instance. We can implement this directly in our fetchData() function.

The whole code can be found here

And we're done! We can now run our command, check for the weather in a given city and return the already cached data or fetch and store it.

When we run our command, it will: 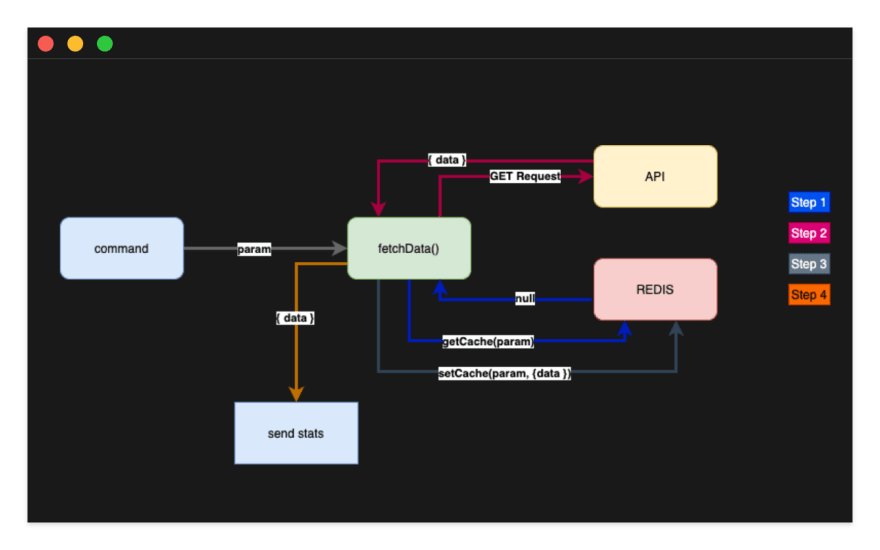 For the second time we (or another user) use the command, it will grab the data directly from the cache.

For the first command, we fetch and store the data, for the following commands we serve the data from the cache.

NOTE: You can always check the remaining time left by using the redis-cli or the ttlAsync function:

I hope that this walkthrough helped you get a better understanding and given you some ideas on how to handle the sometimes annoying rate limits.

As promised before, here some examples of when this is really useful.

As always, you can find the code with all examples at https://github.com/en3sis/discord-guides

Any feedback, questions, or suggestions are welcome!
Thanks for reading! ~ https://twitter.com/en3sis

Once suspended, en3sis will not be able to comment or publish posts until their suspension is removed.

Once unsuspended, en3sis will be able to comment and publish posts again.

Once unpublished, all posts by en3sis will become hidden and only accessible to themselves.

If en3sis is not suspended, they can still re-publish their posts from their dashboard.

Once unpublished, this post will become invisible to the public and only accessible to Sorin C..

Thanks for keeping DEV Community 👩‍💻👨‍💻 safe. Here is what you can do to flag en3sis:

Unflagging en3sis will restore default visibility to their posts.