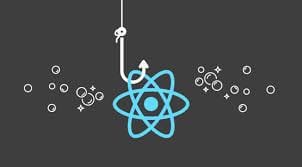 I sort of noticed that alot of people do not know the difference between the useEffect and useLayoutEffect hooks in React. Finding a use case for useLayoutEffect seems like a very hard task.

Let's dive straight into it and see what this hooks are really all about, their difference(s) and when to use them.

useEffect allows you perform side effects from a function component. When useEffect is called, React knows to render your side effect only after changes are made to the DOM
By default, React runs the effect after every render - including the first render. This is to say that useEffect is effected only after the component is rendered.

But if you need your side effect to fire synchronously after the DOM mutation, that is, before the next browser paint without the user ever noticing any flickering or visual inconsistency then you need to use useLayoutEffect

useLayoutEffect fires synchronously after the DOM mutation and before the browser get to paint the new changes. This hook is especially useful for performing DOM measurement like scroll height, scroll width, scroll position and other style on any DOM element.

Javascript script is a single-threaded programming language. Suffice to say, it runs from top to bottom. But here if you check the console, "I will run first", that is, the useLayoutEffect actually runs before the useEffect runs. This is because useLayoutEffect is fired synchronously after DOM is mutated and before the browser paints the new changes.

Okay, I will like you to notice the change well in order to better understand how it works. Let's reference a DOM element with the useRef React hook and let's perform some changes with the two side effect hooks we've been talking about

Once the component is rendered, the input value becomes "another user" but the console says "EmmanuelTheCoder".
The useLayoutEffect already fired synchronously after the DOM mutation, before the browser could paint "another user"

I hope you got it.

Incase you don't know about React 18, I will put out an article on this blog shortly explaining it in detail, plus the newly added hooks.

Build on Flow | Learn FCL - 16. How to Send FLOW Tokens to Another Account

Once suspended, emmanuelthecoder will not be able to comment or publish posts until their suspension is removed.

Once unsuspended, emmanuelthecoder will be able to comment and publish posts again.

Once unpublished, all posts by emmanuelthecoder will become hidden and only accessible to themselves.

If emmanuelthecoder is not suspended, they can still re-publish their posts from their dashboard.

Once unpublished, this post will become invisible to the public and only accessible to Emmanuel Aiyenigba.

Thanks for keeping DEV Community 👩‍💻👨‍💻 safe. Here is what you can do to flag emmanuelthecoder:

Unflagging emmanuelthecoder will restore default visibility to their posts.