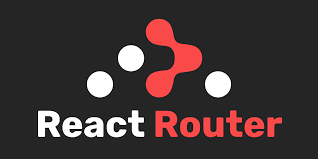 What is React Router

React Router (RR) is a library that is used to create routes in your React application. Oh, no, it doesn't come pre-installed in your react project - you have to install it using npm install react-router-dom

You most likely have come across web apps that routes you to a new page depending on what action you specify and you wonder, "how do I do this in my application."

In this post you are gonna be learning how RR works and how you can use them in your project for routing.

React Router is powerful and efficient because it has features that allow you to load your code lazily, dynamic route matching, location transition building, route nesting, index routing etc.

Let's jump right in and learn how to use this powerful library.

Ensure that our React app is installed successfully.

Yep, congratulations. You just passed the first step to working with React Router.

Now let's create a routes folder inside our src folder so that we can have our components in there.

create Users.js file and include just a simple text like this.

Holdup! I hope your app is running, if no, get it running by doing npm start

It's time to make our routes navigable using React Router.

Go to the index.js file

Whoa! Whoa! Whoa! Did I just hear you say "what the fuck is BrowserRouter, Routes and Route?
I'm so sorry about that, I had absolutely no intention to annoy you - I was about to explain them.

BrowserRouter. Give me a moment, please. I need to say this:

"this is a blog post aimed at helping you understand a particular subject matter and not a documentation."
Suffice to say, I might most likely not use the vocabularies found in the documentation.

Back to the what I was about to say before the emmm...the mosquitoes interrupted...

BrowserRouter kind of announce that "yo! this person is about to create a route"
But then you can't exactly own a house in BrowserRouter (think of it has a city) without the Mayor giving you a go ahead - Routes is the Mayor. You have to put each of your Route inside it.

Route requires two parameters that you must specify:

element: this is it trying to tell you "yo! where should I drive to when I hit the road." Road here would be path. This place to drive to is usually a component.

path: this is the road that leads to your destination (a component)!

path="*" what's that?
Oh, I almost forgot that. This is called upon only when the route the user request does not exist. In this case we asked it to say "Route does not exist"

Wanna see for yourself? Okay do localhost:3000/home. What did it tell ya?
Now you get it!

Hollup instructor! How can I link to a particular route when a user clicks something?
Smart student! You simply link it (winks). Let's do that.

Notice that I imported something called Link from react-router-dom and I specified, using to="", where the link should go when <p>...</p> is clicked.

Test it out yourself. Yeahhhhhhhhhh! its working - I can feel your excitement from over here.

I want to keep this as basic as possible, I don't want to overload you. I want you to feel the taste of each bite.

one last thing, I promise!

The official documentation has this to say of Nested routes:

" This is one of the most powerful features of React Router making it so you don't have to mess around with complicated layout code. The vast majority of your layouts are coupled to segments of the URL and React Router embraces this fully.

Routes can be nested inside one another, and their paths will nest too (child inheriting the parent). "

This is what I have to say: imagine you want to do something like this localhost:3000/users/name. Nested route helps you achieve that.

Let's go to our index.js file to do this... but before that ensure you create a Name.js file inside the routes folder. You should write a JSX inside - something like "this is the name route and it will appear inside the users (parent) route" or just anything

You simply nest the child route inside it's parent route.

To make this functional you have to import and add Outlet into the parent route.

Test it out! Navigate to the name route using localhost3000/users/name

Why reflection is at the start of Learning

Emmanuel Aiyenigba
A meticulous Software developer, team player and deep creative thinker.
Building a CSS tricks website clone with Webiny and NextJS
#next #react #headlesscms #cms
A guide to building a Virtual Meet App with 100ms and React
#javascript #react #100ms #webrtc
Some JavaScript string methods and how to use them
#javascript #beginners #webdev #tutorial

Once suspended, emmanuelthecoder will not be able to comment or publish posts until their suspension is removed.

Once unsuspended, emmanuelthecoder will be able to comment and publish posts again.

Once unpublished, all posts by emmanuelthecoder will become hidden and only accessible to themselves.

If emmanuelthecoder is not suspended, they can still re-publish their posts from their dashboard.

Once unpublished, this post will become invisible to the public and only accessible to Emmanuel Aiyenigba.

Thanks for keeping DEV Community 👩‍💻👨‍💻 safe. Here is what you can do to flag emmanuelthecoder:

Unflagging emmanuelthecoder will restore default visibility to their posts.