I just set up a Twitter bot to generate pharmaceutical ads and tweet them out a few times a day. (Source code here). I ended up piecing together concepts from a couple different tutorials in order to do this, and no single tutorial laid out the whole process, so I'm writing it up here. 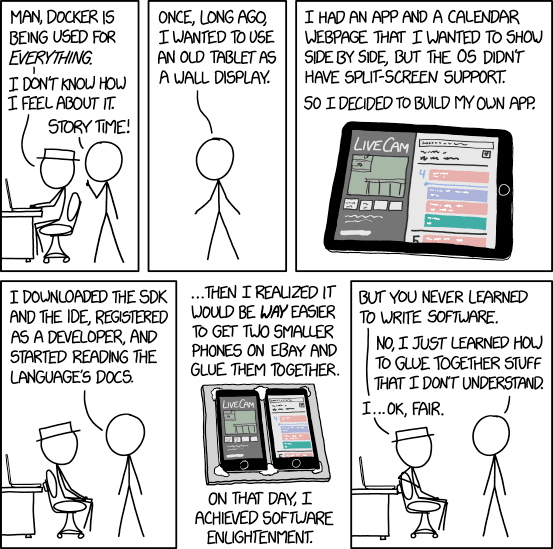 The steps can be summarized as:

Steps 4 through 6 could also be used to set up any Python script to run on Heroku.

I'm using some Google features to generate a unique email and phone number for the Twitter account, but you can handle creating those with whatever service you like.

Because it uses Heroku, the app will have to be saved in a Git repository.

Also, I used a virtual environment and saved the requirements in a file by running

This becomes relevant when you set up Heroku, which uses requirements.txt to install the Python packages you need.

I'd made this functionality a while back. For the pharma bot, I use Markov chains to generate drug names, and then insert them in a randomly generated template, to get advertisements like this:

Worried you might have twitchy ossicle? Sudate® can help!

Are you plagued by restless elbow? Ask your doctor about Estron® today!

You don't have to deal with pompous spleen alone. Ask your doctor about Ryzema Prenztriumetine® today!

The function that creates these is called get_ad.

In your own code, replace get_ad with a function that generates whatever kind of text you like.

You'll probably want to give the bot its own account rather than Tweeting from an existing account, so set one up.

The Twitter account will need a unique email. If you want to use an email address that already has its own Twitter account, you can take advantage of Gmail's functionality to sign up with an "alternate" email that goes to the same inbox.

You will also need to set a phone number in your app; again, you can use Google to create an alternate contact that goes to an existing number, this time using Google Voice.
Next, go to your Twitter Apps dashboard and create a new app (while logged in as the bot's account). 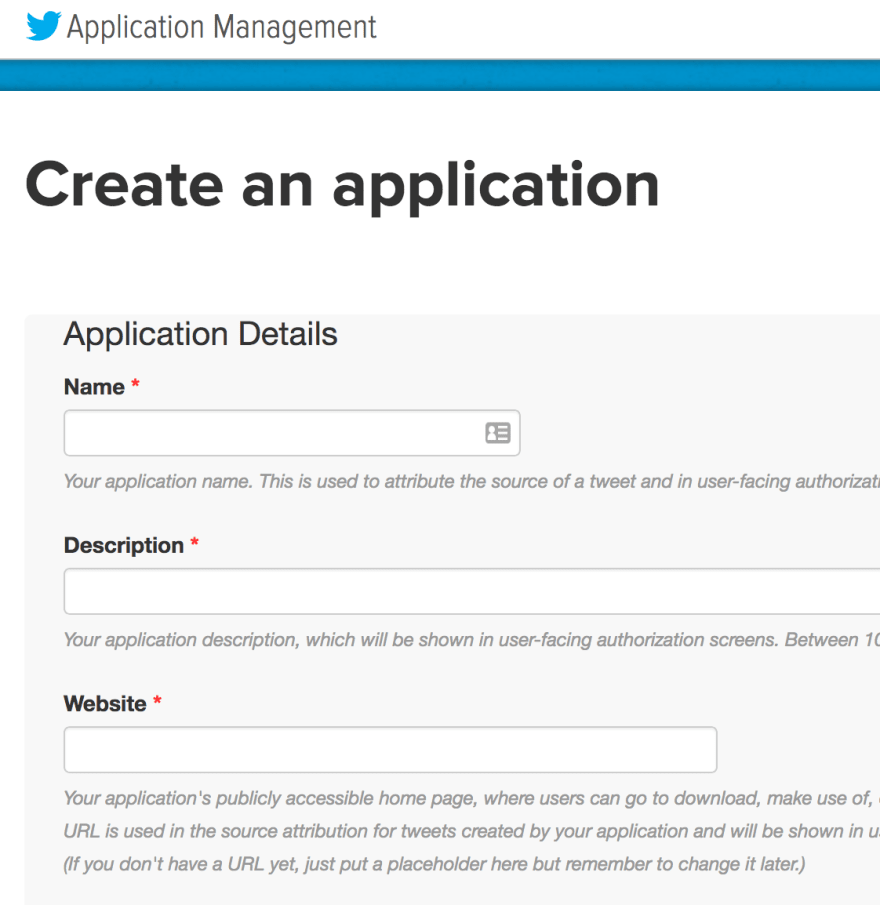 For the app's website, I put the GitHub URL where the repo for this project lives.

Once you create the app, make sure that it allows read and write access.

I used this article, How To Write a Twitter Bot with Python and tweepy, as a rough guide for this part. Check it out for a guide on setting up your Twitter app and connecting to it via API. Note that you will need to add an "access key" to your Twitter application.

They have their bot reading lines from a text file; instead, I had mine call get_ad. The script that does this is called bot.py. Here's the part that generates and sends the Tweet:

I then ran bot.py in my local terminal.

It was able to send tweets just fine, but I don't want to leave my laptop on and my terminal open forever, so I needed to get it running on its own server somewhere. My next task was to put the bot on Heroku.

Connecting to Twitter via the API (including via a wrapper library like tweepy) requires you to use keys that identify your app and authenticate you as a user. Make sure you don't commit these keys in a Git repository--that's like publishing your password. Even if you later remove the keys from your code, they'll be in your commit history.

Initially, I stored the keys in a file called credentials.py, which I added to my .gitignore. It looked like this:

I then imported the keys into bot.py. This didn't end up working out once I put the app on Heroku, but it was fine for testing it on my local machine.

Sign up for a Heroku account if you don't already have one. Heroku allows you to push and deploy code with Git, and you can create up to 5 apps for free.

Once you have the Heroku command line interface installed, initialize your repository with Heroku. It's ok if you let it generate a random URL for your app, since nobody will be looking at it directly.

This will set up a Heroku app and also give your Git repository a remote called heroku. The code on that remote's master branch will be run by Heroku.

You'll need to set up a Procfile to tell Heroku what to do once it gets your code. Put this in your Procfile:

This means Heroku will do the equivalent of when you ran python bot.py on your local terminal.

Then commit your code and push it to Heroku.

To deploy from your local master branch:

To deploy from a different branch:

Then you can log into your Heroku dashboard and check its activity and logs to see what happens.

Turns out Heroku doesn't like to just run scripts with workers, because it expects to see a web server.

You can fix this by creating a simple web server. I used this StackOverflow answer as a guide.

Then, in your Procfile, just say: web: python server.py.

I tried this (and committed and pushed to Heroku again). I then saw the following error:

I fixed this by setting the host when I ran the app:

Remember how I said not to commit your Twitter credentials to your Git repository? This becomes an issue when you deploy to Heroku, because it uses your Git repo to deploy, and so importing constants from an ignored file won't work.

You can set environment variables in your Heroku dashboard, then use os.environ to get them in Python. Add this to bot.py before making the API call:

Then your app will be able to connect to the Twitter API without ever committing your secrets.

Now you know how to create a Twitter bot and run it on Heroku!

You can adapt this project to tweet out anything you like. This article explains how to use Python to generate text with Markov chains. You can create a text file with each line containing a sentence you want to tweet using the method outlined in How To Write a Twitter Bot with Python and tweepy. You can tweet lines from public domain works at Project Gutenberg. Or do anything you want!

note: an earlier version of this article was published at emcain.github.io.

Handling text files in python - an easy guide for beginners

9 VSCode Extensions You Definitely Need As A Developer