So to preface, I'm a Ruby dev learning Elixir. I love to compare what I'm learning in Elixir back to what I know in Ruby, as I think that really strengthens my understanding of both languages. Today, I want to talk about function/method look up.

This article was prompted when I was learning about GenServer through PragmaticStudio's course (I highly recommend it), and they mentioned that GenServer can inject default implementations of functions if you do not define them manually. These default functions are:

And if you want to override them, just define a function in the current module with the same signature (name + arity).

But this got me thinking, how is it that Elixir look up function definition that makes this possible?

Before we jump into Elixir, let's first look at how method lookup in Ruby works.

I have actually blogged about this before, which was retweeted by Matz himself! (I actually have no idea how much this actually means, but I'm still going to wear it like a badge of honor) 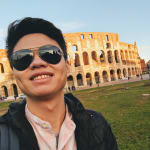 Ruby has no class methods

Ruby's method lookup chain can literally be summarized in one method call - ancestors.

That's it -- that's how you see the entire method lookup chain for Ruby!

In fact, #ancestors is defined on BasicObject itself, so when you call Foo.ancestors, it asks this:

And that's how it works!

With that, we know that if we want to inject a function into Ruby, we just have to make sure that the newly injected function is the first method that gets found during the lookup (defining #ancestors anywhere before BasicObject).

So, Ruby is able to do this because of ancestors, but Elixir doesn't really have the concept of ancestors/inheritance, so what is really happening here?

It's about time to stop guessing, so I decided to try out an example myself.

My expected behavior is that my Parent.injected/0 will be overriden by my Child.injected/0, but when I try to run this file - iex lookup.exs, the following warning message pops up:

Weird warning, but let's try to actually run it.

I decided to dig into the doc and find out why, but the docs isn't really tell me much apart from the fact that GenServer will inject functions for you. But I already knew that, I just want to know how is it doing so.

So, docs didn't help, what next?

As like most other languages, Elixir is open source, so I could very easily dive into the source code itself.

Now I see something suspiciously named defoverridable, and I have a hunch that this might be it, but I want further proof to my hypothesis.

A quick Google about defoverridable sent me to a post in Elixir Forum, written by the man himself, José Valim.

So through that post I found out that I can use defoverridable, which would mean that I can update my code to the following:

In his post, José clarified defoverridable for me, but he also went on to say that defoverridable is not recommended, and they are in fact moving towards to @optional_callback to mark methods as optional, along with an enhancement @impl (which the compiler will use to make sure "child" implements that function), so that was also an interesting thing that I learned. I recommend you to read the post and comments to understand it a little more.

My query was literally answered in the first 10 lines of his post, so it would've been really nice if I managed to find it in the first place. Then again, if I hadn't went into the source code I wouldn't have known what keyword to look for, and thus won't land at that post.

Still, an interesting journey for me because at one point I thought Elixir had inheritance like Ruby, heh.

(also, title is technically incorrect as Elixir does not really have "function lookup" - all it does is just look at the current module!)

Edison Yap
An aspiring software engineer from the tiny city of Kuala Lumpur.
Real World Example with Elixir Protocol
#elixir #functional #erlang
ElixirConf US 2019 and the future of Elixir
#elixir #techtalks
Introducing `Rocketman`, a gem to help you do Pub/Sub code in Pure Ruby. No Rails needed!
#ruby #rails #showdev

Once suspended, edisonywh will not be able to comment or publish posts until their suspension is removed.

Once unsuspended, edisonywh will be able to comment and publish posts again.

Once unpublished, all posts by edisonywh will become hidden and only accessible to themselves.

If edisonywh is not suspended, they can still re-publish their posts from their dashboard.

Once unpublished, this post will become invisible to the public and only accessible to Edison Yap.

Thanks for keeping DEV Community 👩‍💻👨‍💻 safe. Here is what you can do to flag edisonywh:

Unflagging edisonywh will restore default visibility to their posts.