The Web as I envisaged it, we have not seen it yet. The future is still so much bigger than the past. -Tim Berners-Lee

At some point in time, we have all encountered conversational agents -Siri, google assistant, Alexa, and others.

In this article, I'm going to show how to build a simple conversational agent in python using the pre-trained Blenderbot model. 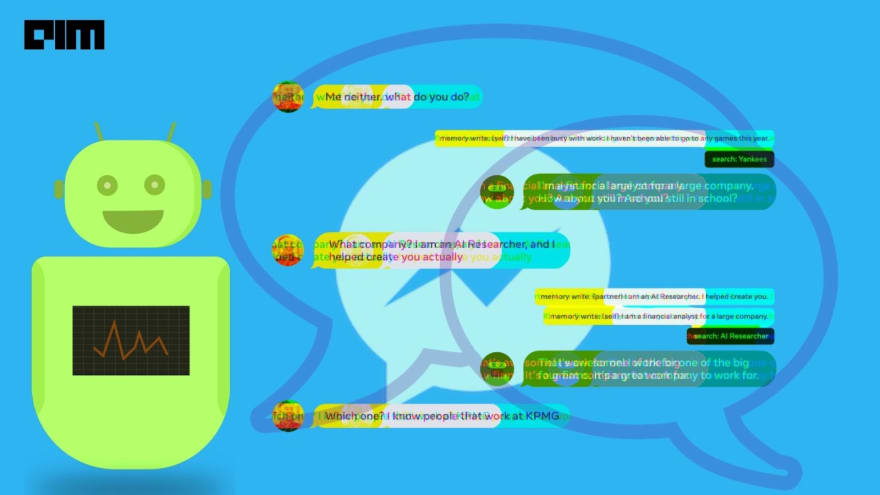 What is a Conversational Agent

According to Wikipedia, a conversational agent (CA), is a computer system intended to converse with a human.

In other words, conversational agents are automated systems(mostly powered by AI) that are built to converse with humans using natural language.

Since this tutorial is built around Blenderbot, it's only fair we get to know what it is.

It is capable of articulately expressing itself, carrying on meaningful conversations in natural language(human-readable language) when given a particular context.

It is very similar to Open AI's GPT3.

Here is the Github Repository for the project.

We are going to make use of Hugging Face to download the pre-trained blenderbot model.

Below is my installed version of PyTorch

To begin with, we are going to import the model class and the tokenizer.

Next, we instantiated the tokenizer and the model itself on the model name.

Conversing with our model

Next, we are going to turn the utterance into a token so the model can process it.

Above we tokenized our utterance and returned the token as a PyTorch Tensor so it can be processed by the blenderbot model.

Next up, we are going to generate our conversational agent's response result.

Above we instructed the model to generate a response for our tokenized utterance.

Remember our result response is still in the form of a PyTorch Tensor so now we are going to decode it back to a human-readable form (Natural Language).

Above we instructed the tokenizer to decode the result response.

Once you run the code above you'll see your agent's response.

Blenderderbot is a really interesting library, it is able to carry on conversations based on the given context with close similarity to normal human conversation due to the fact that, unlike other conversational agents, it's able to store responses long term, unlike others that have goldfish brains.

Due to this, the model takes important information gotten during conversation and stores it in long-term memory so it can then leverage this knowledge in ongoing conversations that may continue for days, weeks, or even months. The knowledge is stored separately for each person it speaks with, which ensures that no new information learned in one conversation is used in another.

Natural Language Processing Technology is growing fast and blender bot is a huge example of that.