Enterprise doesn't do DevOps
or
Releasing is hard

- signed, every enterprise developer ever

Whilst Enterprise companies tend to have a lot of bureaucracy (especially around releasing), we should still look to improve the pace at which we deliver working software to our customers.

Does this apply to my Enterprise org?

Let's start with a simple shared vision of what DevOps actually is.

DevOps is
a set of practices
that works to
automate processes
so software teams can
build, test, and release
software faster and more reliably.

What are we looking to achieve here?
We are hoping to:

You must ensure that the latest version of your code is always deployable. If you need to "cut a release" and branch off master, you will be less inclined to release on a regular basis.

If your code is not "ready to release" at any time, your ability to safely respond when shit hits the fan is heavily affected.

Think about it, if you first need to rollback your code to a "known" safe place, then this is yet another step in the process before you can even begin fixing your production incident.

In order to keep master "production-ready", all merges to master must also be ready for production.

This is achieved by 2 key things:

Part 2 of this series "Coding Practices" will give some examples of ways to ensure your code is production-ready.

You build it, you run it

The person best placed to fix issues with a feature is the person that just wrote code for it.
If that person is in charge of dealing with any customer issues with that piece of work they will:

By getting your Devs at least involved in this process, your software quality will be given a good chance to improve, if only through empathy for the user and themselves.

See Atlassian's take on You build it, you run it and another on some of their ideas around site reliability engineering

If you spend a year developing software before giving it to a user, you are spending a year building up risk. Any piece of that years (or even months) development could (and likely does) have an undiscovered bug.

If anything goes wrong (and it will), you will have to sift through a whole year of code and features to discover the issue.

On the other hand, if you make a single change and deploy it to production you will likely have much more confidence about deploying to production. Why? Well, if it breaks, it is much easier to have confidence around which change caused the issue... And you can simply rollback to the previous version (or even write a test, fix the bug, and redeploy).

Due to our new confidence in finding issues and rolling back changes quickly, the risk of any 1 change is drastically reduced. We also massively increase our ability to avoid downtime due to an introduced bug.

With additional confidence, we can release faster which gives us much better context when things do go wrong since, we have only just finished working on that section of the code.
This only helps give us the confidence we need to release at an even faster cadence and so on.

For further reading here is an interesting Kent Beck article about taking small changes to the extreme: Testing the boundaries of collaboration

Here is also an interesting read on the usefulness of pull-requests, I think the key takeaway here should be that small, very short-lived branches are best.

Automated testing is the key

The other lynchpin in our DevOps plan is testing. If we don't have sufficient automated testing to give us the confidence to release then the plan falls apart. If we rely on manual testing for this confidence, and this manual testing is performed AFTER merging to master, then your manual testing becomes a blocker to production. However, because you have merged to master, you don't just block your code from being released but also any other code that is merged after yours. This puts pressure on the QAs, causing unnecessary delays or forcing them to drop their testing standards.

This is not to say that manual exploratory testing doesn't have its place, it can.
Just that with sufficient automated testing, manual testing shouldn't block a release. If used correctly however, it can be used to validate functionality (often best done by someone with first-hand experience in the business). Manual testing should never be used for anything that you ever want to run more than once to give you confidence you haven't broken something.

For 2 very interesting points of view on appropriate automated testing levels, check out these articles by:

(Apparently, all Kents have strong feelings about tests!)

However, if your QAs are finding issues that if deployed to production would impact users, then you are in luck! The next post in this series "DevOps Coding Practices" will take you through several techniques to avoid blocking production deployments, whilst still maintaining safe and reliable production environments.

Let's put it into practice

Next up are some simple DevOps coding practices to follow to ensure master is ready to release at any time. 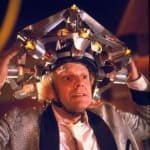 What text editor should I use? ⌨️

Dylan Watson
Just another developer trying to get his tests fast, his features to add value and his bloody code to compile! Lately I've been enjoying writing about the best way to release software!
DevOps Coding Practices
#devops #enterprise #discuss #monitoring

Once suspended, dylanwatsonsoftware will not be able to comment or publish posts until their suspension is removed.

Once unsuspended, dylanwatsonsoftware will be able to comment and publish posts again.

Once unpublished, all posts by dylanwatsonsoftware will become hidden and only accessible to themselves.

If dylanwatsonsoftware is not suspended, they can still re-publish their posts from their dashboard.

Once unpublished, this post will become invisible to the public and only accessible to Dylan Watson.

Thanks for keeping DEV Community safe. Here is what you can do to flag dylanwatsonsoftware:

Unflagging dylanwatsonsoftware will restore default visibility to their posts.