Originally posted on Enmascript.com, for a better reading experience go to the original post.

Linked Lists are a fundamental data structure used to store information linearly, this information is not stored in contiguous places in memory rather linked lists use a pointer in each node that links to the next node that is stored.

A node in a linked list could be represented as follows: 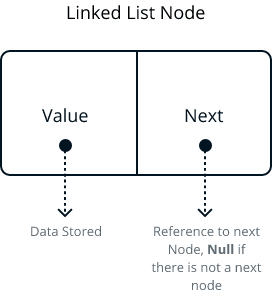 which in code could be represented as:

As already stated each of these nodes contains data that is stored in this.value and has a direct reference to the next node in line through this.next, the first node of the linked list is usually referred to as the Head and the last node is called Tail, since the Tail is always the last node the value of its this.next property will always be null for singly linked lists.

So if we try to represent that in code we get something close to:

Let's start by creating a linked list API, we already know how to represent a node and we know the basics, we know how we will represent the head and the tail, so we can start to define how we will append new nodes to the linked list, for this we need to consider that:

We would get this result:

This is excellent, you can see how the nodes connect with each other, they are just objects connected to each other through their next property.

1.1. Time complexity for Appending nodes to a linked list

Appending an element to the end of the linked list requires us to modify the tail's next property and reassign the tail with the value of the new node.

this is true for any node we want to append which makes this a constant O(1) operation. 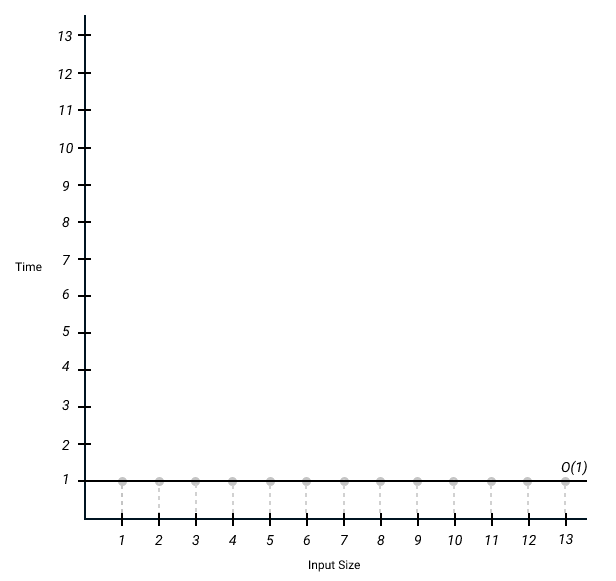 It does not matter how many nodes the linked list has, it will always be the same process and complexity for prepending hence the time complexity of prepending is constant O(1).

The only way to access and search an element in a given linked list is through the iteration of the next property of all the nodes that come before the node we are looking for, it is important to note that if the element we are searching or trying to access is not found this would still require us to go through all the nodes in the list.

i.e let's find the node 3 in the linked list below:

Knowing this we can stablish that accessing and searching an element would be O(n) where n = number of nodes in the list, even though we don't always search the whole list the big O notation analizes algorithms by their trend and worst case scenario and so we arrive at this conclusion. 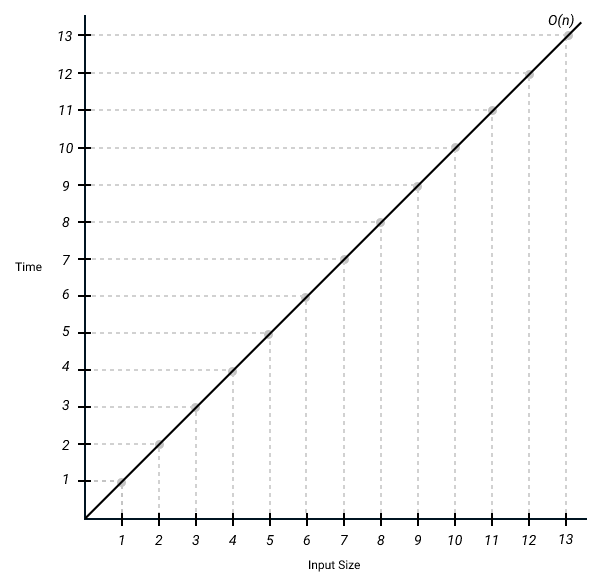 Great, now as you can imagine, removing elements from a linked list is pretty straight forward:

let's see how this would look in the code:

Let's say we want to remove the node that contains the value 2, we would ideally do this by calling the method remove like:

4.1. Time complexity for Deleting a node (From the beginning / Head node)

Deleting a node from the beginning of the list as previously seen just requires us to change the this.head value to be this.head.next in this way we remove the reference to the first node, since this operation is constant no matter the size of the list it is considered O(1).

4.2. Time complexity for Deleting the Tail or any node that's not the head

Doing this will require us to iterate over the list until we find the element to delete (Same that we need to search an node), then we just remove the node as usual so the time complexity would be O(n) where n = number of nodes in the list.

The space required for a linked list is directly correlated with the number of nodes that it holds, this means that the more nodes we have the more space we use and this grows linearly per node which makes linked lists O(n) for Space complexity.

Use cases and why to learn about them

Most of the cases where linked lists shine come in situations where we need to insert or delete multiple nodes, in these cases linked lists perform at a constant time which makes them ideal, also since linked list's space grows linearly we can also leverage their dynamic memory allocation in ocassions where we lack memory.

Another important point is that there are other structures that are and can be built with linked lists as a base, one good example are queues (That we will analyze later in another article)

Hope this article helped you understand linked lists a little.

Enmanuel Durán
Understanding Big O Notation as a Software Developer
#javascript #computerscience #algorithms
Better ways of tracking data in your web application that you may not know of!
#webdev #javascript
Show and hide content on click with just HTML
#webdev #html #javascript

Once suspended, duranenmanuel will not be able to comment or publish posts until their suspension is removed.

Once unsuspended, duranenmanuel will be able to comment and publish posts again.

Once unpublished, all posts by duranenmanuel will become hidden and only accessible to themselves.

If duranenmanuel is not suspended, they can still re-publish their posts from their dashboard.

Once unpublished, this post will become invisible to the public and only accessible to Enmanuel Durán.

Thanks for keeping DEV Community 👩‍💻👨‍💻 safe. Here is what you can do to flag duranenmanuel:

Unflagging duranenmanuel will restore default visibility to their posts.