Docker takes care of the networking aspects so that containers can communicate with other containers and also with the Docker Host.

There are several drivers available by default and provides core networking functionality.

We can check what all the network drivers are supported by Docker Containers and also at what ip that driver is configured to connect to the other containers. 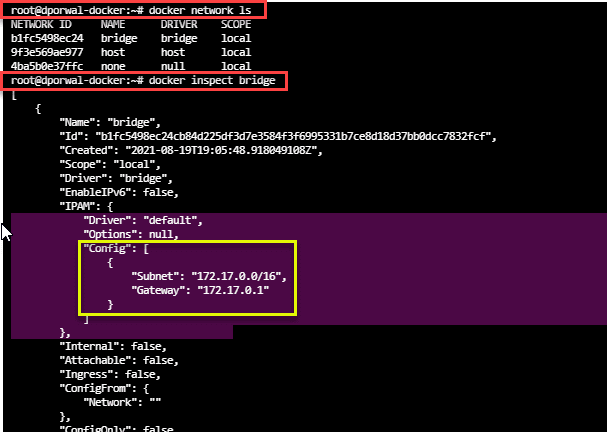 We can check what all drivers what containers are running and what are not by simply inspecting that particular network driver. 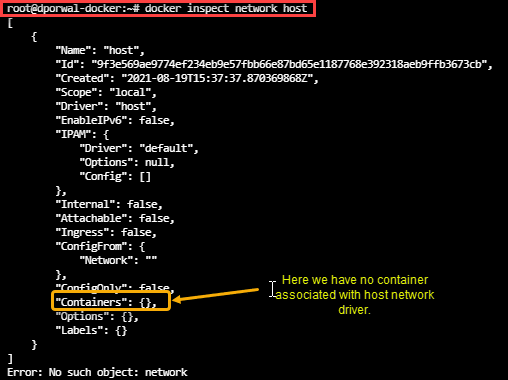 We can also create a docker container and can launch it to the available network drivers. Like here we have will launch a container on host driver. 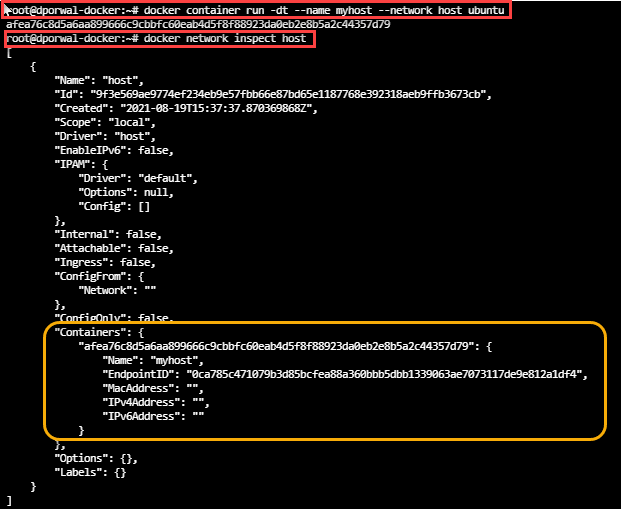 C1,C2, C3 are the containers in the bridge network, can also communicate with eachother 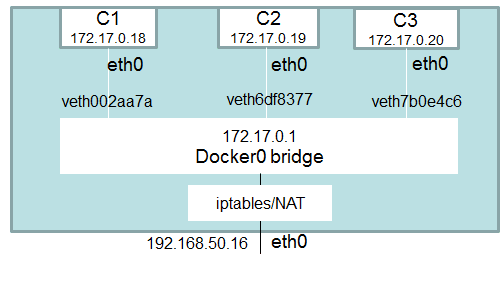 If want to see the bridge in the docker container, you can simply inspect any docker container and there you will get the bridge details.
While creating a container if you don't mention the network, by default it is bridge network
We also can create User-defined Bridge Network which are superior to the default bridge.

Let me show you how two docker containers can connect with each other.

Differences between user-defined bridges and the default bridge

If we don't define the driver, it will by default take the bridge driver. 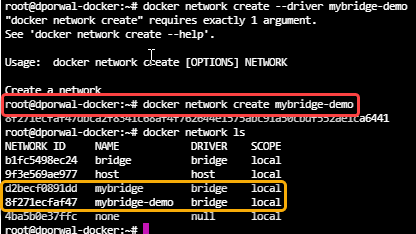 To get the subnet and Gateway details of our custom network. 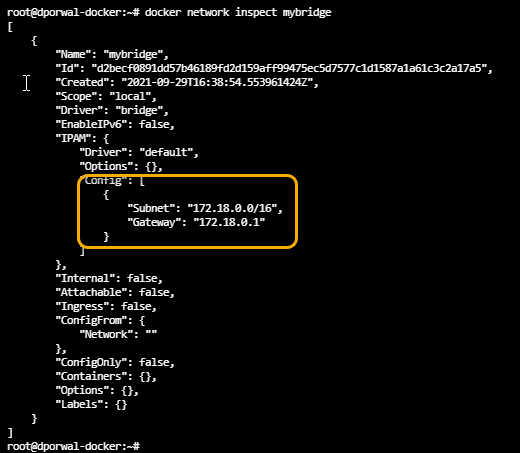 Now, we can see that new network containers will be created inside the ubuntu docker container. 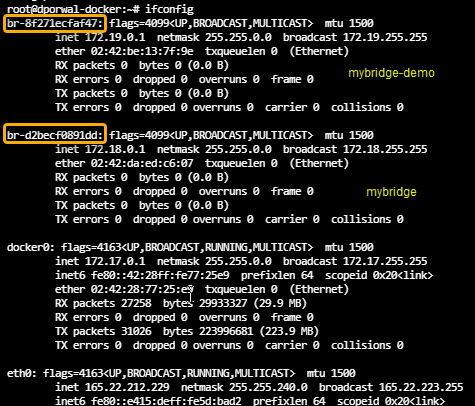 Now, let me show you the best feature of the custom user-defined network. which is ( User-defined bridges provide automatic DNS resolution between containers. )

You can also define the custom options for your network, which will give us more feasibility to customize with our use-case.

Like in user-defined network we don't have defined any options yet. 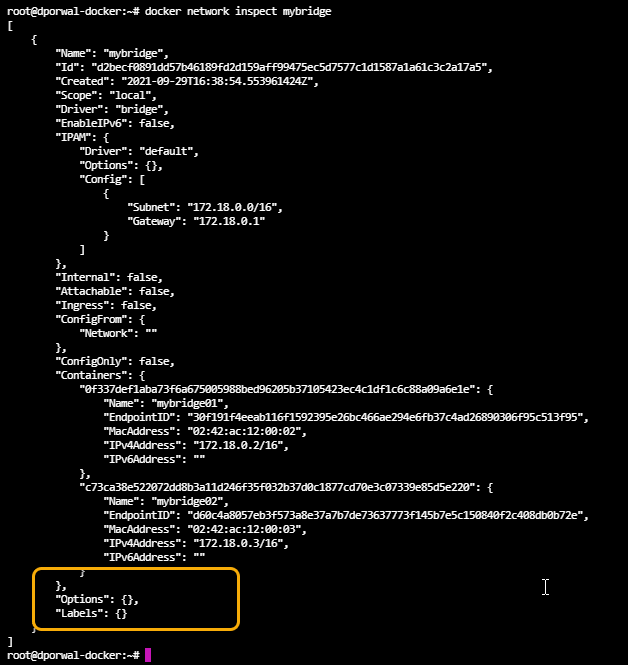 But, we can define options like we have in default bridge network.

This driver removes the network isolation between the docker host and the docker containers to use the host’s networking directly.
For instance, if you run a container that binds to port 80 and you use host networking, the container’s application will be available on port 80 on the host’s IP address.

So, now lets see how host network removes isolation between the docker host and the docker containers. 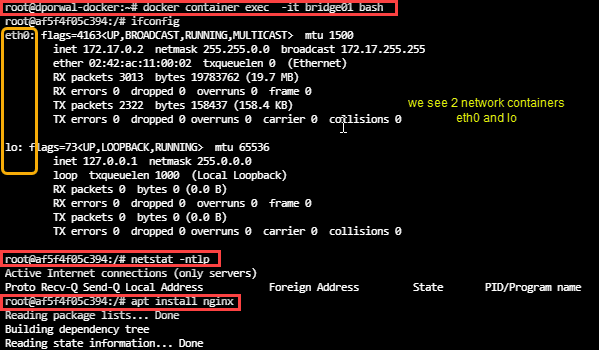 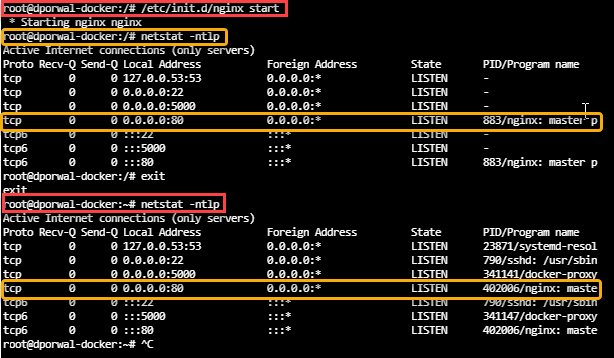 you can check it out by ifconfig in the host network container. 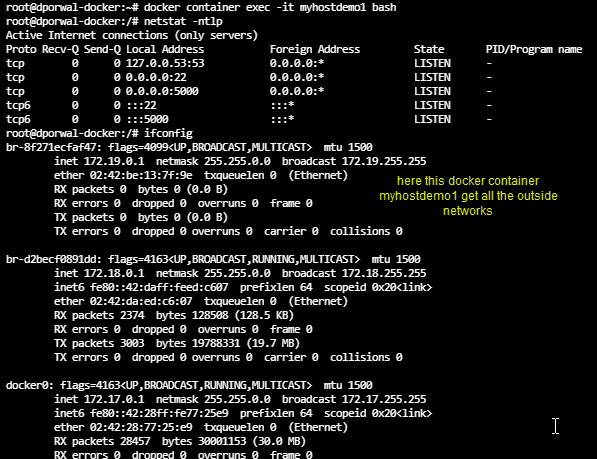 If you want to completely disable the networking stack on a container, you can use the none network.
This mode will not configure any IP for the container and doesn’t have any access to the external network as well as for other containers.
Eg. Virus affect testing

Demo:
Created one none network container and trying to ping google.com but we are not able to ping. 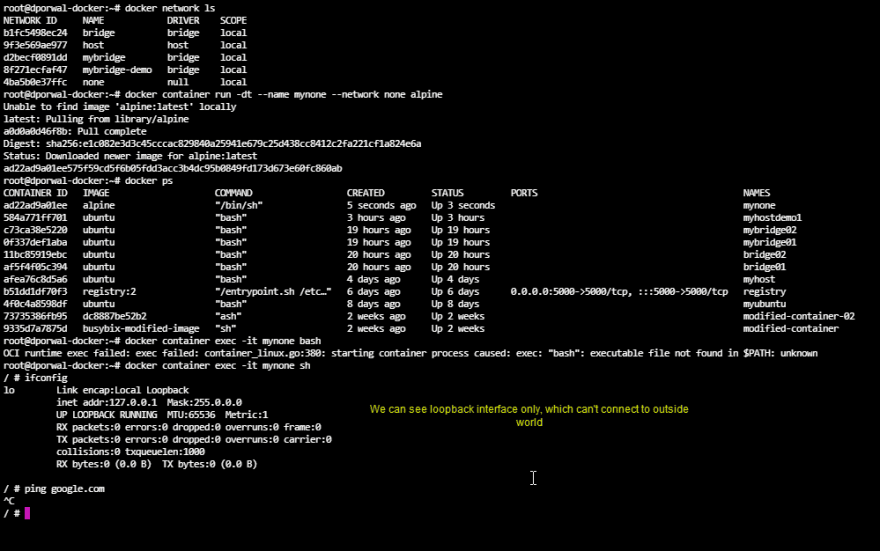 We were discussing an approach to publishing container port to host.

This is also referred to as a publish list as it publishes the only a list of the port specified.
There is also a second approach to publish all the exposed ports of the container.

This is also referred to as a publish all.
In this approach, all exposed ports are published to random ports of the host. 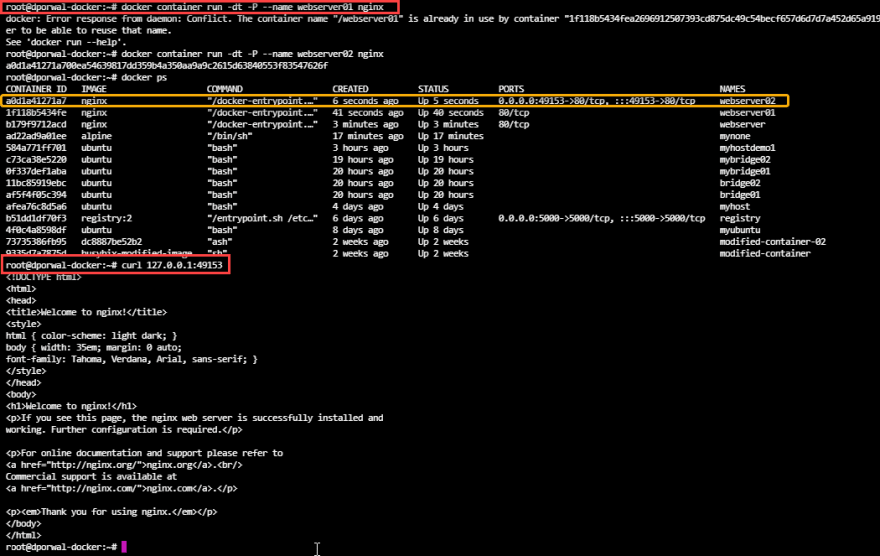 Before the Docker networks feature, you could use the Docker link feature to allow containers to
discover each other and securely transfer information about one container to another container.
The --link flag is a legacy feature of Docker. It may eventually be removed. Unless you absolutely need
to continue using it, we recommend that you use user-defined networks to facilitate communication
between two containers instead of using --link

Getting Started with Nmap for Pentesters