In this fast-paced digital world, new technologies are emerging every day. Docker and its related products such as Kubernetes and container networking have become extremely popular in the software development community. The advantages of using containers for software development are many. If you’re a budding programmer interested in developing applications that can run on multiple operating systems, virtual machines, and cloud services with greater efficiency, learning about Docker is a great idea. You will get to know more about why you should use Docker instead of other virtualization solutions as well as how to leverage it to build and deploy Go apps faster than ever before. This

Docker is a tool used to build, ship, and run software in containers. Containers are a standard way of packaging software applications and their dependencies, including the operating system, while virtualization creates a virtual machine on which you can run multiple operating systems more efficiently. Docker is rapidly becoming the standard for building and shipping software in containers, and it’s not just for Linux anymore. It supports Windows Server, macOS, and of course, Linux. Docker is a great way to quickly stand up new development environments or migrate applications from one server to another. It has many uses, but one of its most popular uses is in building and shipping applications in containers. Containers provide a lightweight virtualization method for running applications in a separate process space from the host operating system. A container shares the kernel of the host system, but has its own file system, network interface, and user IDs, so the host doesn’t have to worry about conflicting with the app. Containers are significantly lighter than virtual machines, which run a full OS. Containers take less time to spin up, and they can be terminated just as quickly.

A Short History of Docker

In 2013, a guy named Solomon Hykes founded a company named dotCloud. The dotCloud website describes itself as “a build-engine as a service that lets developers focus on their apps, not the plumbing”. This was the start of the journey towards Docker. The dotCloud website was shut down in 2015. The assets were sold to a company named Docker Inc. This was the start of Docker, Inc. The company has grown into a powerful organization with a great team led by Hykes as its CTO. The popularity of Docker surged in 2016, 2017, and 2018. Many companies adopted and incorporated Docker into their development lifecycle. Many organizations, including Microsoft, are looking to Docker to solve their challenges related to containerization.

Why Should You Care About Docker?

With the rise of containerization, you can use many different virtualization and containerization technologies to host your Go apps. You can even run your apps on virtual machines and on the cloud services. These technologies can host your app in an isolated environment so that they don’t interfere with the operations of other apps in the same system. You can use these technologies to host your app in a centralized manner so that you can easily distribute your app across multiple servers and maintain a single source code for your app. This can save you a lot of time and effort because you don’t have to manually distribute your app to different servers. If you host your app in containers, you can use Docker to manage them. Docker has become a popular and widely used tool in the software development community. You can use it to create, build, manage, and distribute your applications in containers. Docker can help you achieve continuous integration and continuous delivery. Docker images can be reused again and again. This means you can easily migrate your app from one server to another. You can use Docker’s orchestration tool, Kubernetes, to host your Go apps. Kubernetes is a powerful container orchestration tool that can host your Go apps in containers.

Installing Docker & Getting Started with Go in Docker

The best way to get started is to use Docker’s native tool to install it. You can find Docker’s installation instructions on its website. Once you’ve installed Docker, you can start experimenting with it. You can install Go and then run a simple “Hello World!” example using Docker. You can find the instructions to do so in this article. You can use these instructions to experiment with Docker and Go. You can also try out various other examples. You can find a list of Go examples hosted on Docker on this page. After installing Docker and Go, you can follow this tutorial to see how to build and deploy Go apps with Docker. You can use Docker to build your app and create a Docker image for it. You can also use Docker to run your app in a container.

Go is an open-source programming language created by Google. It’s a statically-typed language that’s often used for building back-end services and microservices. It’s also used to write modern web and mobile applications. Go is an ideal programming language for building modern applications. If you want to develop applications in Go and deploy them to the cloud, you should consider developing them in Docker containers. You can use Docker to build an image of your Go app and then run it in a container. You can configure your app’s environment inside the Docker container. This way, your app will run in a sandboxed environment and won’t conflict with the operating system or other applications in the same system. 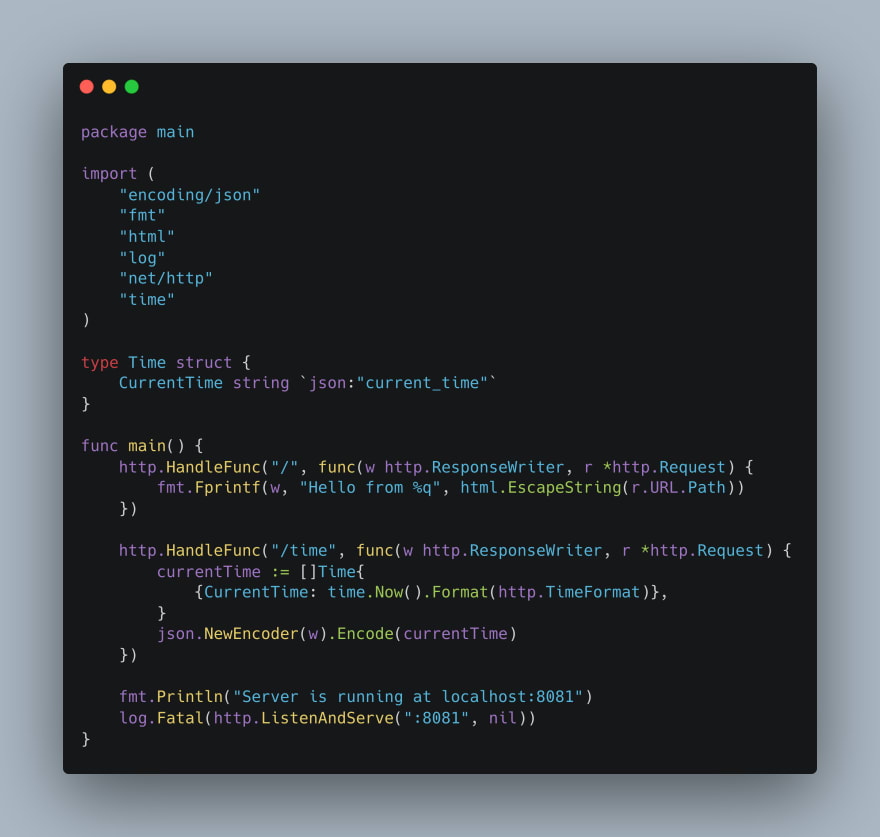 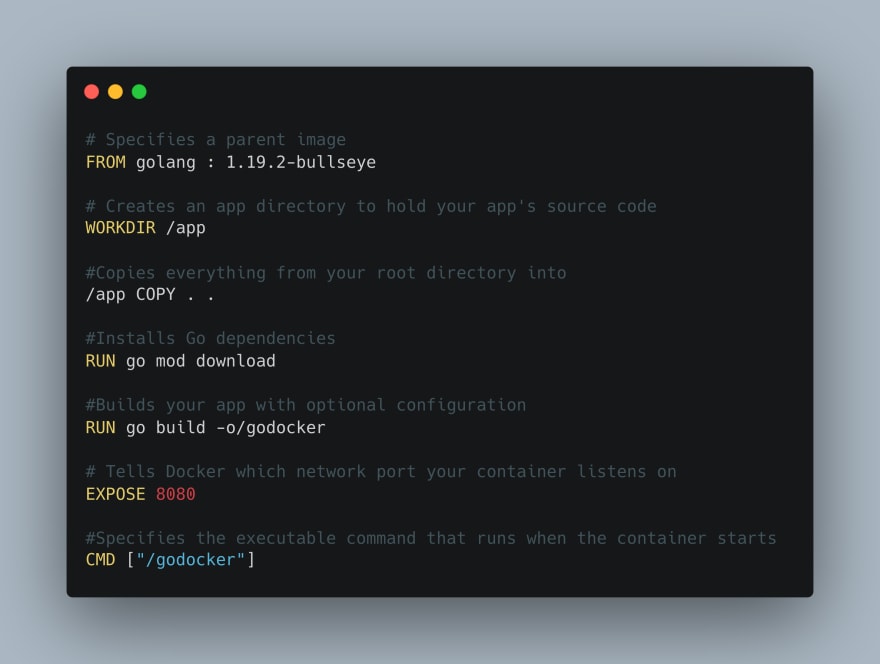 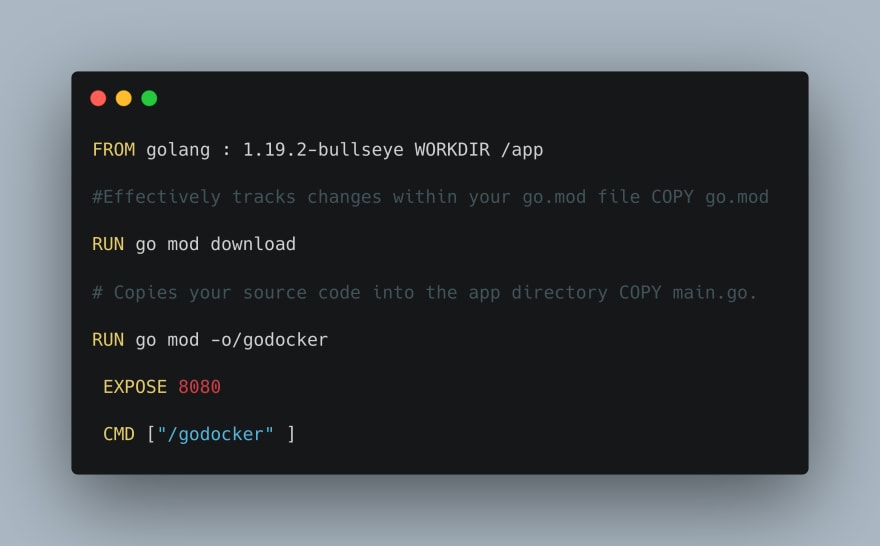 Inviting all Docker community members to build and contribute Docker Extensions via https://docker.com/hacktoberfest

Once unpublished, this post will become invisible to the public and only accessible to Rahul Bagal.

Thanks for keeping DEV Community 👩‍💻👨‍💻 safe. Here is what you can do to flag docker:

Unflagging docker will restore default visibility to their posts.