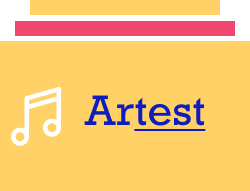 I'm happy to launch my new side project today 🎉 Artest is a music quiz game that challenges players to guess the artists by showing them a bunch of random album covers. Features include:

I started this project as a way to improve my front-end skills, specifically with UI design and React. It was supposed to be a simple project but it kept growing bigger, and with the support of my awesome mentor @tryggvigy I ended up learning tons. 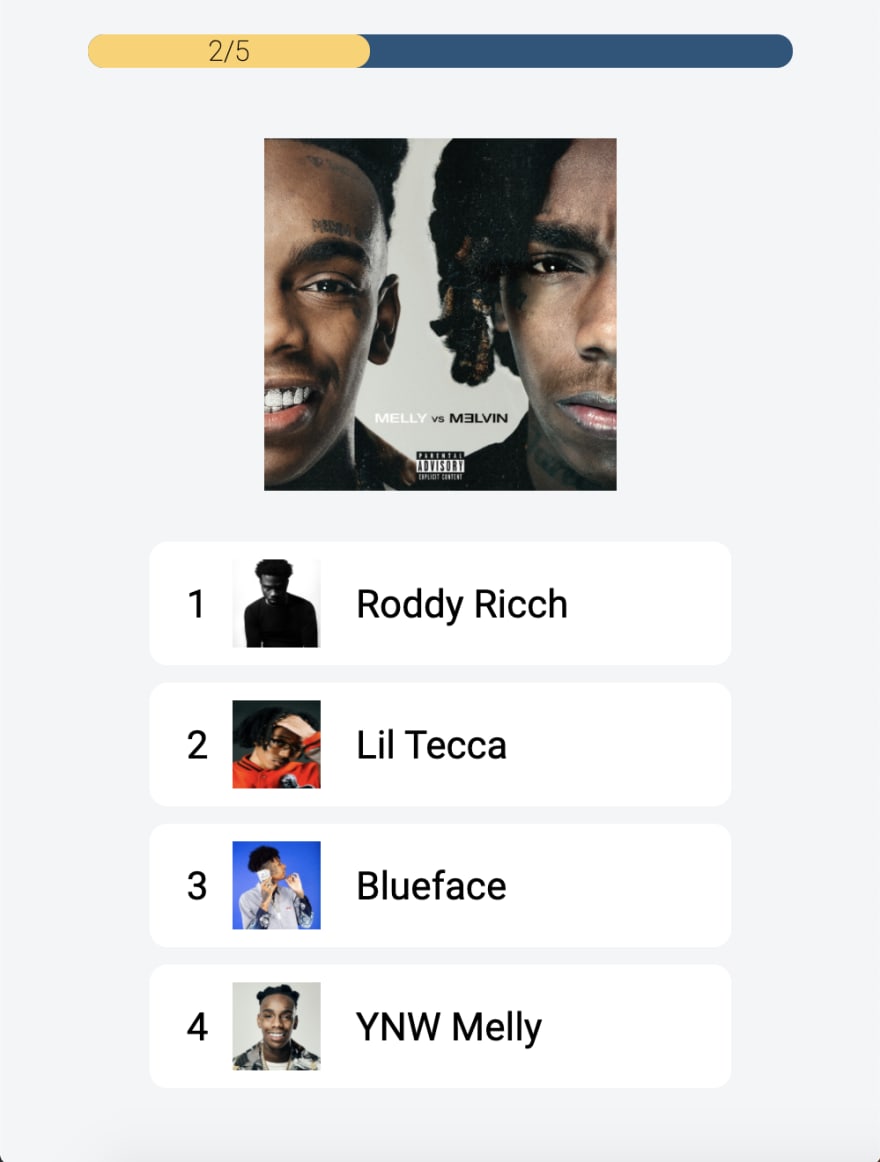 Being a developer more comfortable in the backend, I usually start my side projects with hooking up to whatever API I needed and rendering that on the screen. I would only do the bare minimum to make the UI look presentable. This time however, I took the complete opposite route by starting with design, then building the frontend components and then finally working on the APIs and backend to get actual data.

I started the design phase in the beginning of August, and ended up catching the design bug. I spent hours on Dribbble being inspired by artists and designers and tweaking my own wireframes. Starting with designing the UI allowed me to think of the functionality I wanted and how I would build it. I made three pretty different designs and settled on the cleanest one.

Only when the design phase was finished, I started creating the React components with dummy data. I tried to keep as close as possible to the design. I started with a create-react-app template and had the frontend call the Spotify APIs directly. However, create-react-app doesn't allow for truly secret environment variables, and I didn't want my Spotify credentials to be exposed. At this point, the game was playable and could've been deployed as is, but even though this is a small side project I didn't want to compromise on security.

Therefore, I decided to build my own Express backend and refactor the frontend to call my APIs that will in turn call the Spotify APIs. This was definitely the biggest refactor I did in this project, and probably ever. Here is the git diff for that PR:

I spent some time afterwards learning about and writing unit tests, and finally when most of the bugs were squashed and the game was playable in my local, I set about in deploying the application to production. This part warrants a full-length post but I ended up using AWS. I spent the last couple of weeks tweaking and manually testing the site on my own. 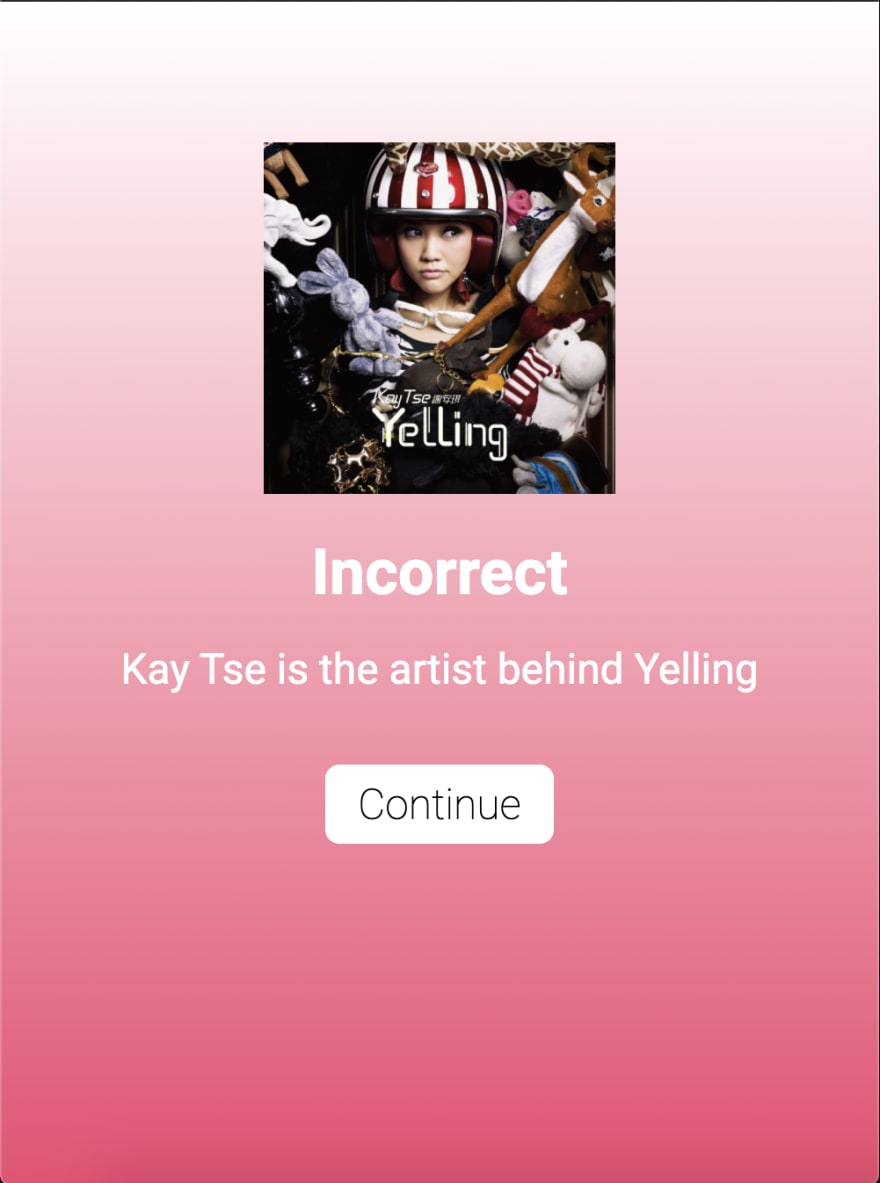 This has been an incredible learning opportunity for me. Throughout this project, I worked on all kinds of different things I didn't have a chance to use before. That includes UI design, writing unit tests, using ES6 classes and deploying a full stack application to production. I used CSS variables, React hooks, the Fetch API, ESLint, Prettier and Jest. I owe a lot of thanks to my mentor Tryggvi whose help has been invaluable! 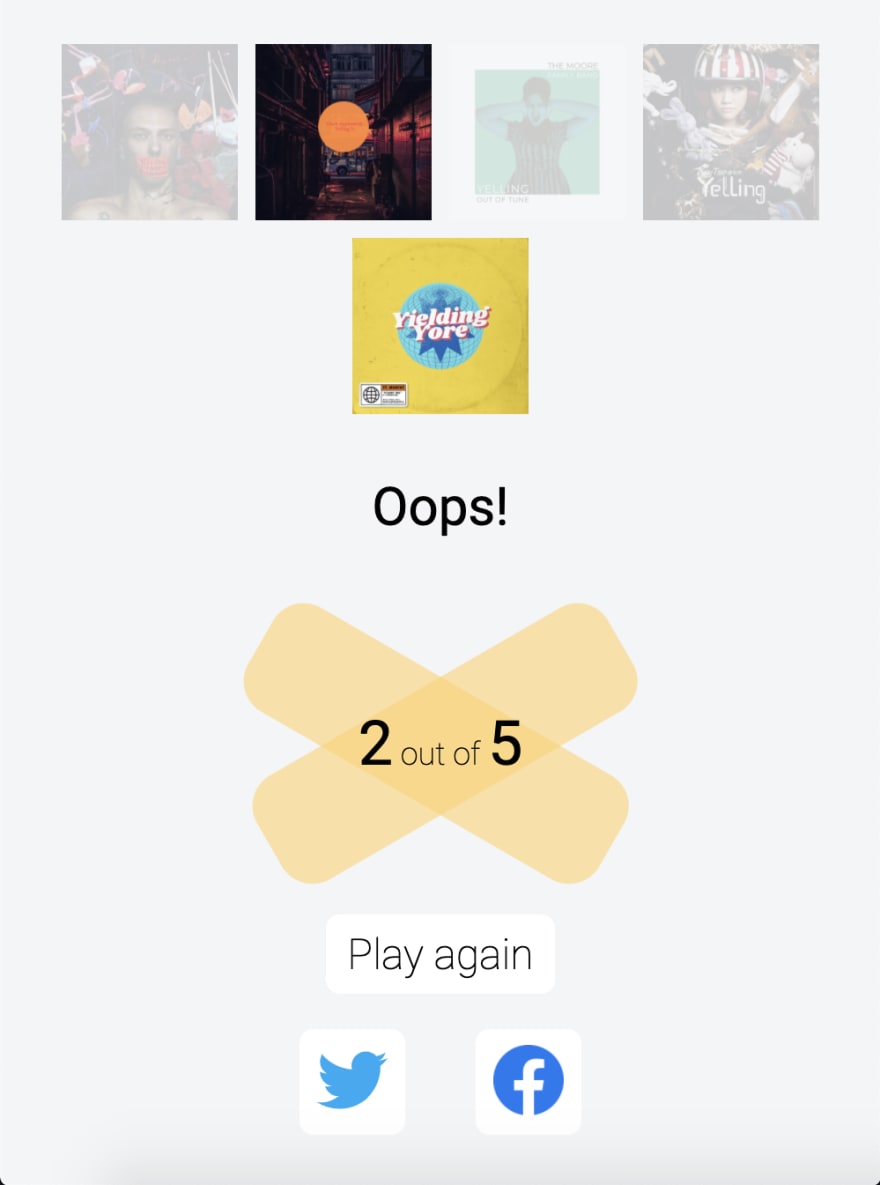 I still have a lot of ideas that I want to implement with Artest including adding hints and a leaderboard, and I welcome and appreciate your feedback!

Thanks for reading 👋 Until next time.

Doaa Mahely
Software engineer and web developer. I like to code.
All About Closures
#javascript #codenewbie #webdev
How I deployed a full stack React/Express app to production
#devops #aws #webdev
3 simple steps to connect your Express and React apps
#webdev #react #express #javascript

Once suspended, dmahely will not be able to comment or publish posts until their suspension is removed.

Once unsuspended, dmahely will be able to comment and publish posts again.

Once unpublished, all posts by dmahely will become hidden and only accessible to themselves.

If dmahely is not suspended, they can still re-publish their posts from their dashboard.

Once unpublished, this post will become invisible to the public and only accessible to Doaa Mahely.

Thanks for keeping DEV Community 👩‍💻👨‍💻 safe. Here is what you can do to flag dmahely:

Unflagging dmahely will restore default visibility to their posts.