Stacks are the result of approaching a LIFO (Last in, First out) ordering with list node connection behavior. This means that element inside the stack are connected like a list but are added and extracted approaching LIFO. 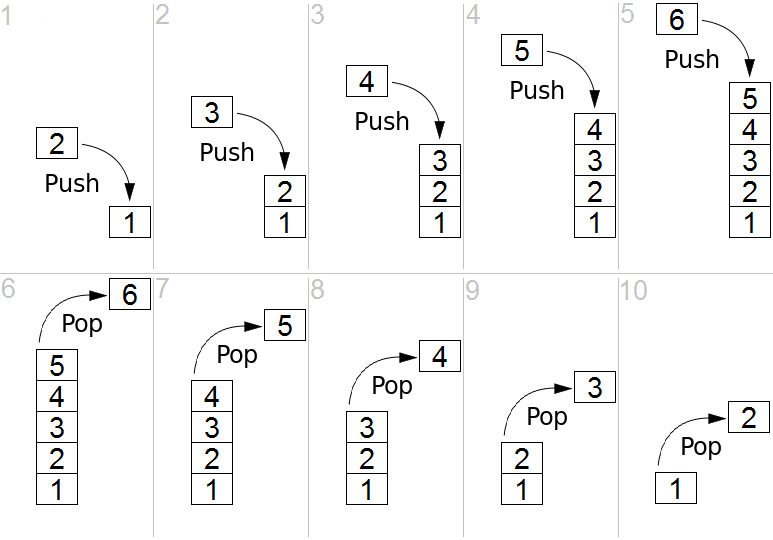 Based on that, the to methods that a stack should have to be called that way are pop which remove the top element from the stack and returns it, and push which adds a new element on top of the stack.

Minimal methods to work with Stacks

Java implementation of the pop method in an array based stack

As you see, after obtaining the element in top of the stack, it is immediately removed from it.

Java implementation of the push method in an array based stack

Java implementation of peek in a Array based stack

Example of an array based stack, of four elements. It will only receive four elements, if it reach it's max length, incoming values were not be added.

The mayor difference between an array based stack and one implemented using lists is that the first one is usually implemented with a static size, this means that it will only accept a specific number of element, the other one, will allow the user to add elements until memory is full.

How to link different text channels in different servers on discord using discordjs?

How to move a file or folder to trash in Java?