We are so thrilled to welcome Vaidehi, Nick, and Josh to the DEV Team.

We've been big fans of Vaidehi since we first discovered BaseCS, her series of blog posts that break down complicated computer science concepts. She is an incredible educator, writer, and developer. We were so impressed by BaseCS that we ended up producing an entire BaseCS video series with Vaidehi right on DEV. We then went on to create another video series together, called ByteSized, which is all about coding history.

Needless to say, we've been collaborating with Vaidehi for many years and we are so excited that she's officially part of the team as a Senior Software Engineer. You can read more about Vaidehi here:

If you check out our contributors page on the dev.to repo, you'll see a bunch of DEV staff members at the top of the list...which makes a lot of sense! Immediately listed after DEV staff? Nick Taylor. Yep, Nick has been one of our top contributors for quite some time. In fact, we used to joke that Nick was our main frontend dev. Now he really is! We're so excited to welcome Nick as a Software Engineering Core Contractor. You can learn more about Nick here:

Want to know something awesome about Josh? He's been a DEV member since January 2017, making him the longest-registered member of this group of new hires! We love that Josh has been lurking around since the early days and are so excited that he'll play a role in how we evolve. Josh has already brought great energy to the team, and we can't wait to see what he contributes as a Principal Software Engineer. You can learn more about Josh here: 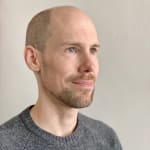 I'm Joining the Team at DEV

Everyone, please give Vaidehi, Nick and Josh a warm welcome!

Introducing our May 2019 sponsors