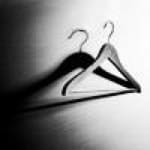 So this weekend, while working on some other stuff, I implemented this as a native feature. It's a feature that hides elements on the page with a key stroke. It minimizes the design so you can focus on reading. And then you can bring back navigation with another keystroke.

That article's implementation used shift + z to accomplish this. I went with simply the 0 button, which is located right next to the arrow keys on the num pad. I could see an argument for other key configurations, though. So we can see how this works in the wild and get feedback.

We're going to be looking at de-cluttering the design in general over the next few weeks, but this was a simple addition that will always have a place one way or another.

This feature won't yet be available on all articles until the cache clears, and I have already noticed a bug in the use of "toggle", where things kind of get out of sync. So I want to go back and implement it a bit differently.

P.S. That "working on some other stuff" was an update to the site's editor:

Async/await can still surprise you... A LOT!