I've spent a bit of time stitching together components for the backend of this Social Learning Journal project, now it is time to start putting together some of the elements that will make up the front end. I made a new GitHub project, react-learning-journal. As the name eludes, it will be a ReactJS front end. The intention is to utilize Firebase as an auth provider. For now, I'll just serve up some static mock data, but the intention for the future is to use JSON Web Tokens (JWT) in our security transit layer. 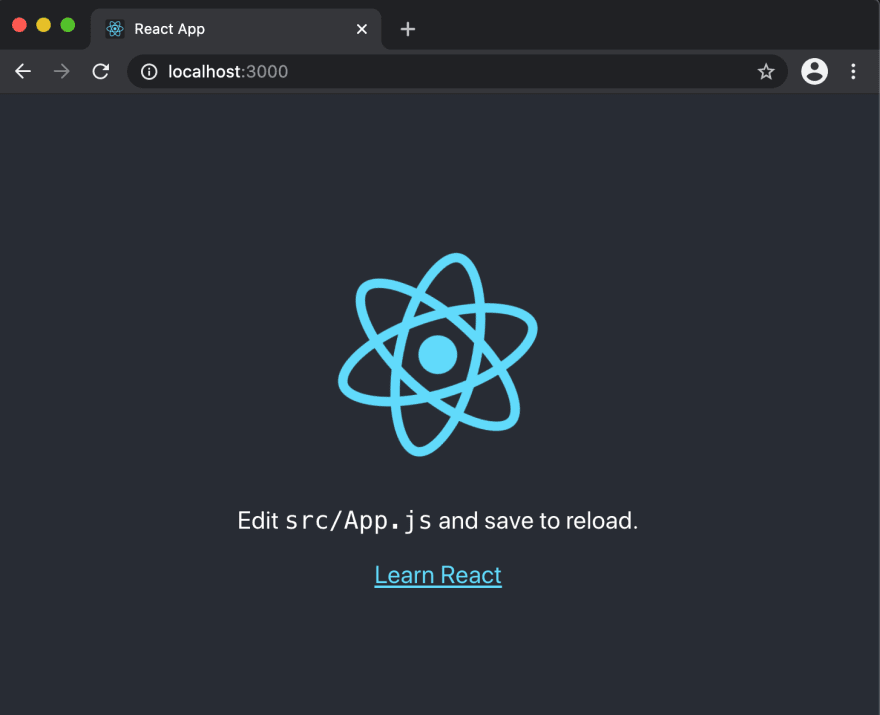 I use Node Version Manager (NVM) to manage Node versions in my local development environment. With the following commands, I updated to the latest version of Node and created an empty ReactJS project:

I utilize yarn as my JavaScript package manager, instead of the default NPM. So, once the project was done initializing it was easy to very that the base ReactJS Hello World application was up and running.

It is essential in ReactJS development to install the React Developer Tools Chrome extension. This extension allows us to inspect ReactJS Component hierarchies.

With a project started, I added the inception files to GitHub and fired up Visual Studio Code. Outside of any personal customizations (dark mode or bust), I would recommend the Debugger for Chrome extension plugin for ReactJS development. This will allow us to hit interactive breakpoints from VS Code while the application is running. The launch.json is checked into the repository, but for reference we need to create a launch configuration to make the magic happen:

In order to utilize Firebase an account must be created. This application will only use the Provider Authentication, which will keep us on the free tier regardless of how much site traffic we receive. The React Authentication Crash Course With Firebase And Routing - 1m 43s does a great job of walking through this process. He sets it up for Email Authentication, which we will follow until we are ready to setup Twitter as an authentication provider.

If everything went well, you should have a set of variables applicable to your Firebase application like the following: 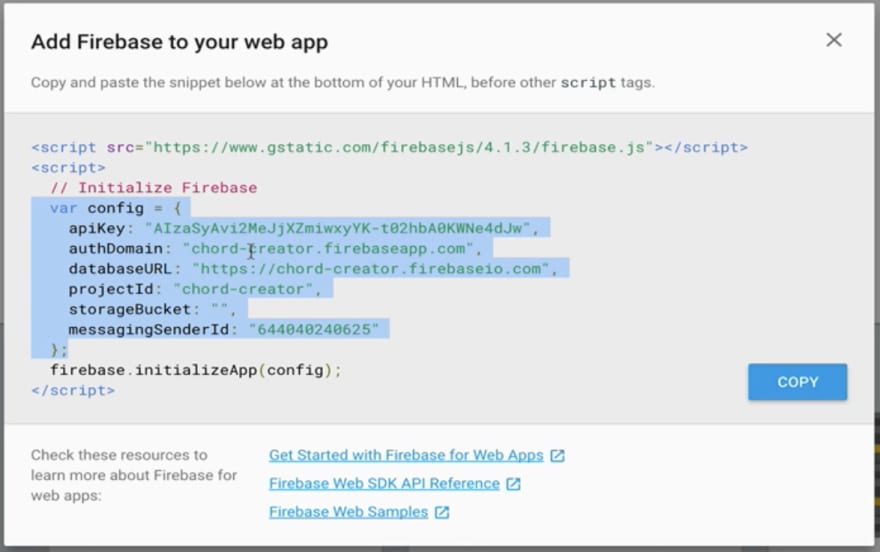 (These credential are not valid)

Following the tutorial, we have a basic application that can create users, authenticate, and reset passwords. Granted this is functionality we will scrap a bit later, as we will prefer other authentication providers over email, but it lays the foundation for Authenticated Routes and the general application flow.

In the GitHub .env file is a stub for the environment variables. You can add your specific key values to run the project locally.

It's a pretty basic site, at the same time incredible how we can have user management handled without having to write a single line of server-side code - for free. I created a tag and the source can be found on GitHub - react-authentication. 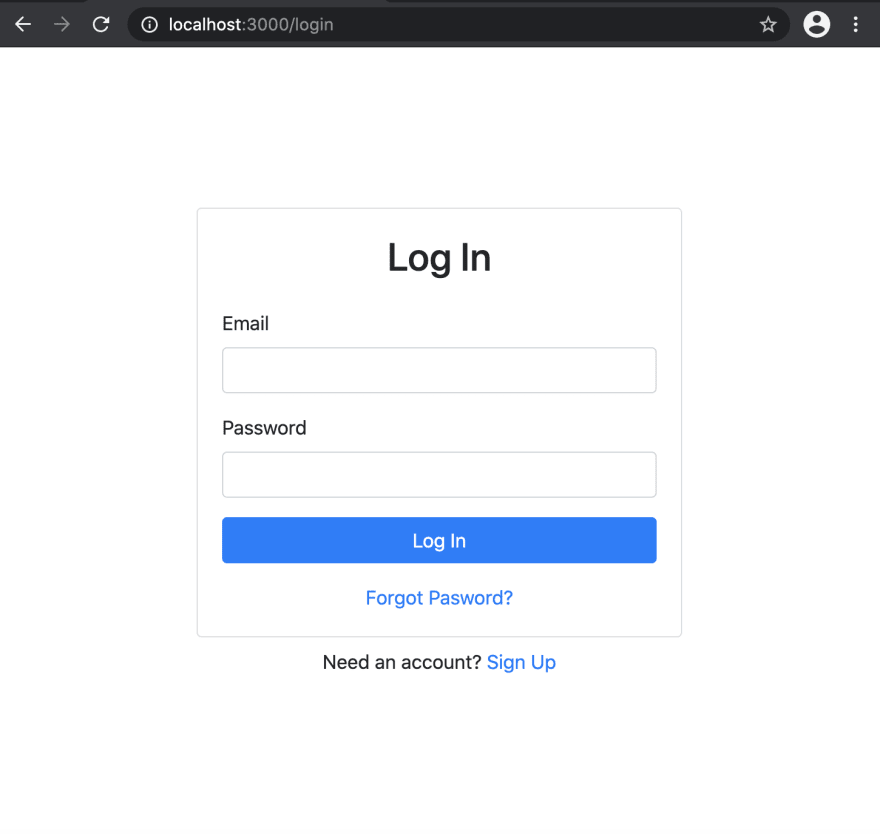 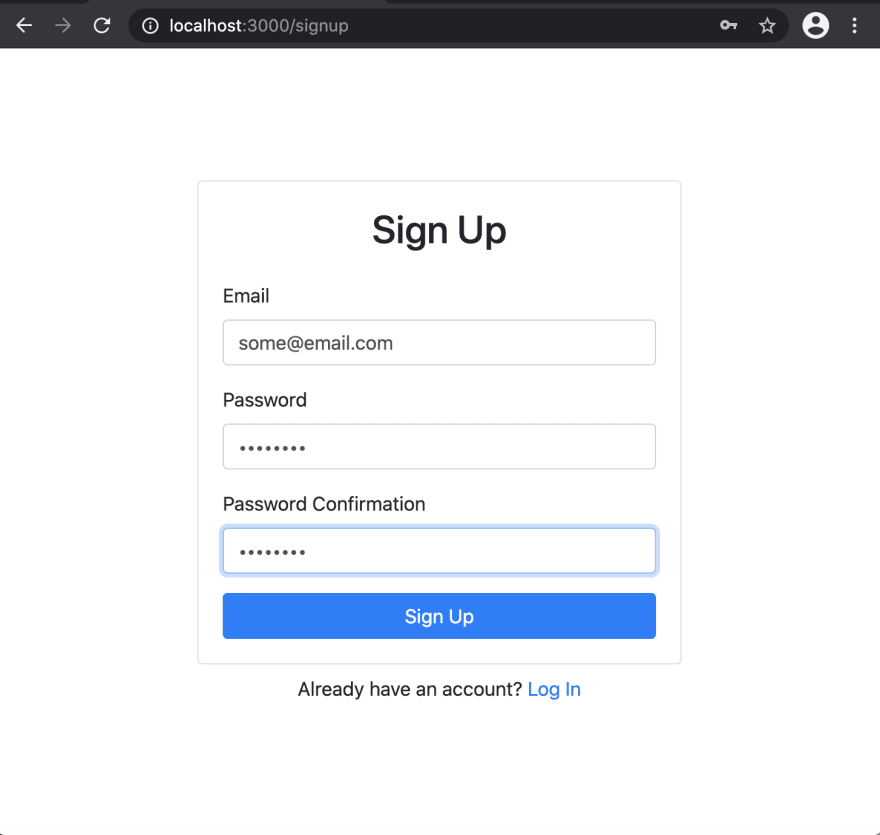 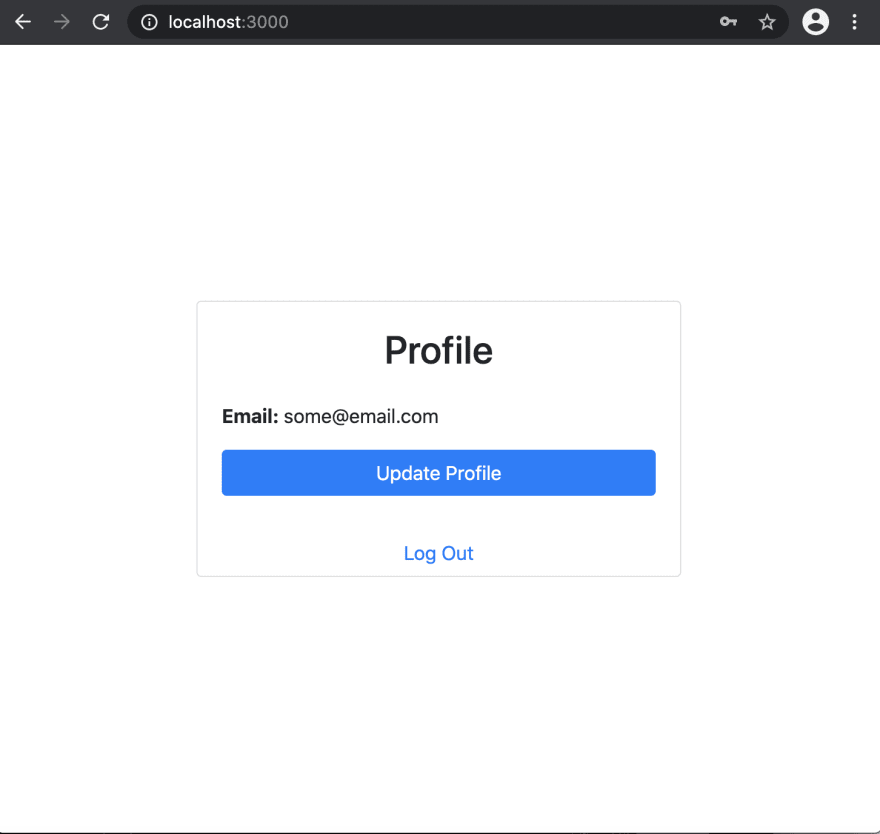 Now that we have a basic application, we can put it up on Netlify. If you don't have an account, signing up for one is the first step. It's free, but they offer premium services like custom DNS mapping.

Once on the dashboard, select New site from Git. Select the repo, and branch if different than master. For advanced build settings, we are going to add our REACT_APP environment variables here. If you forget to do this, they can easily be added later through the Site Settings tab. 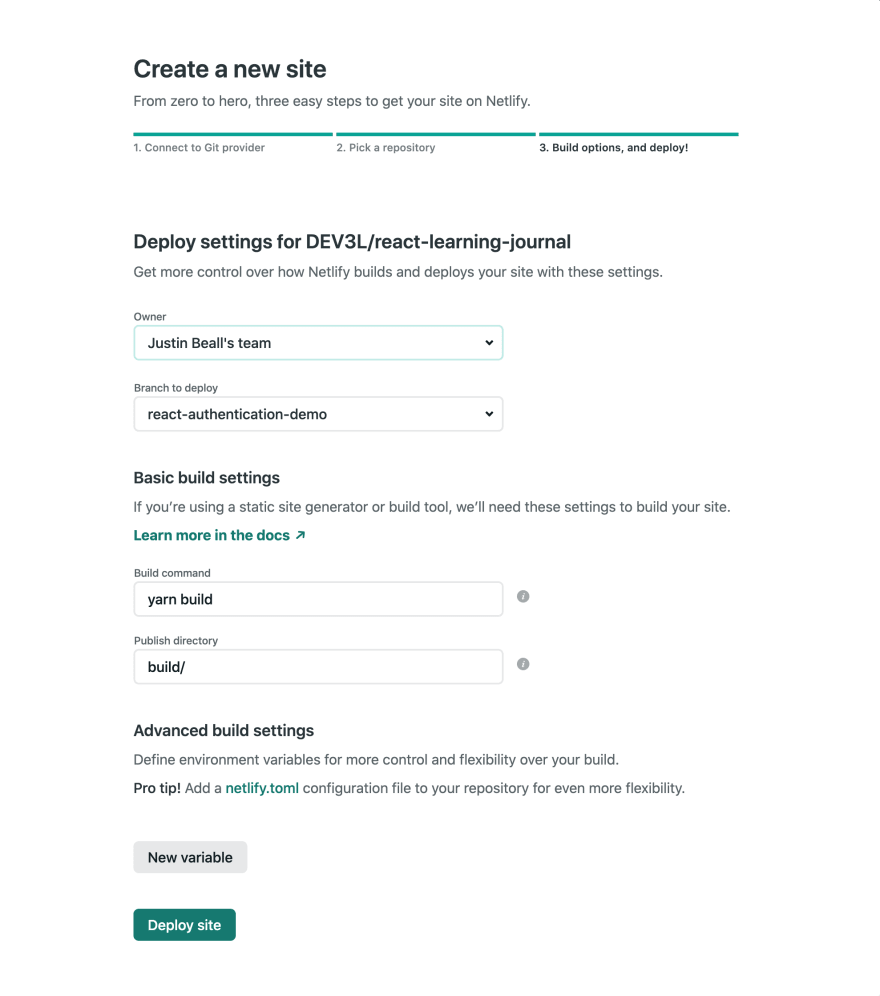 The hosted demo site can be found here, firebase-authentication-demo.

Now that we have the basic elements setup, we can start utilizing Twitter Authentication to allow users to login via their social media account.

Apply for a Twitter Developer App. The process is a bit involved but after submission and verifying setup through email, you will be given three keys needed to enable Twitter Authentication on Firebase. 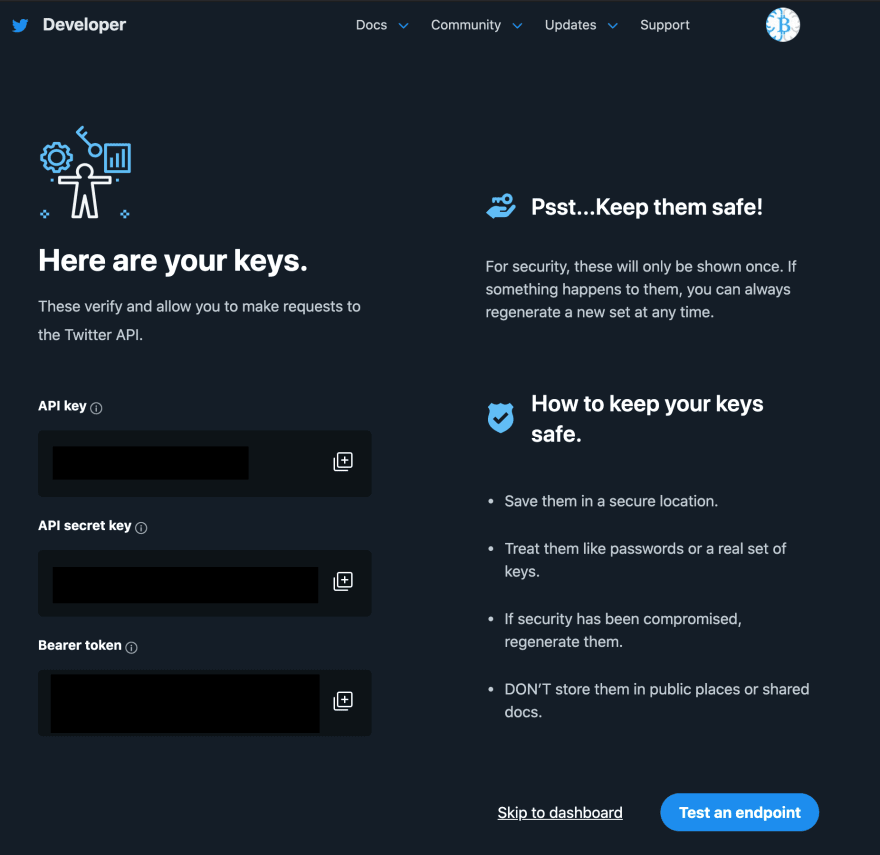 Back on the Firebase console, select Twitter and check to have it enabled. Enter your brand new credentials from the previous step. 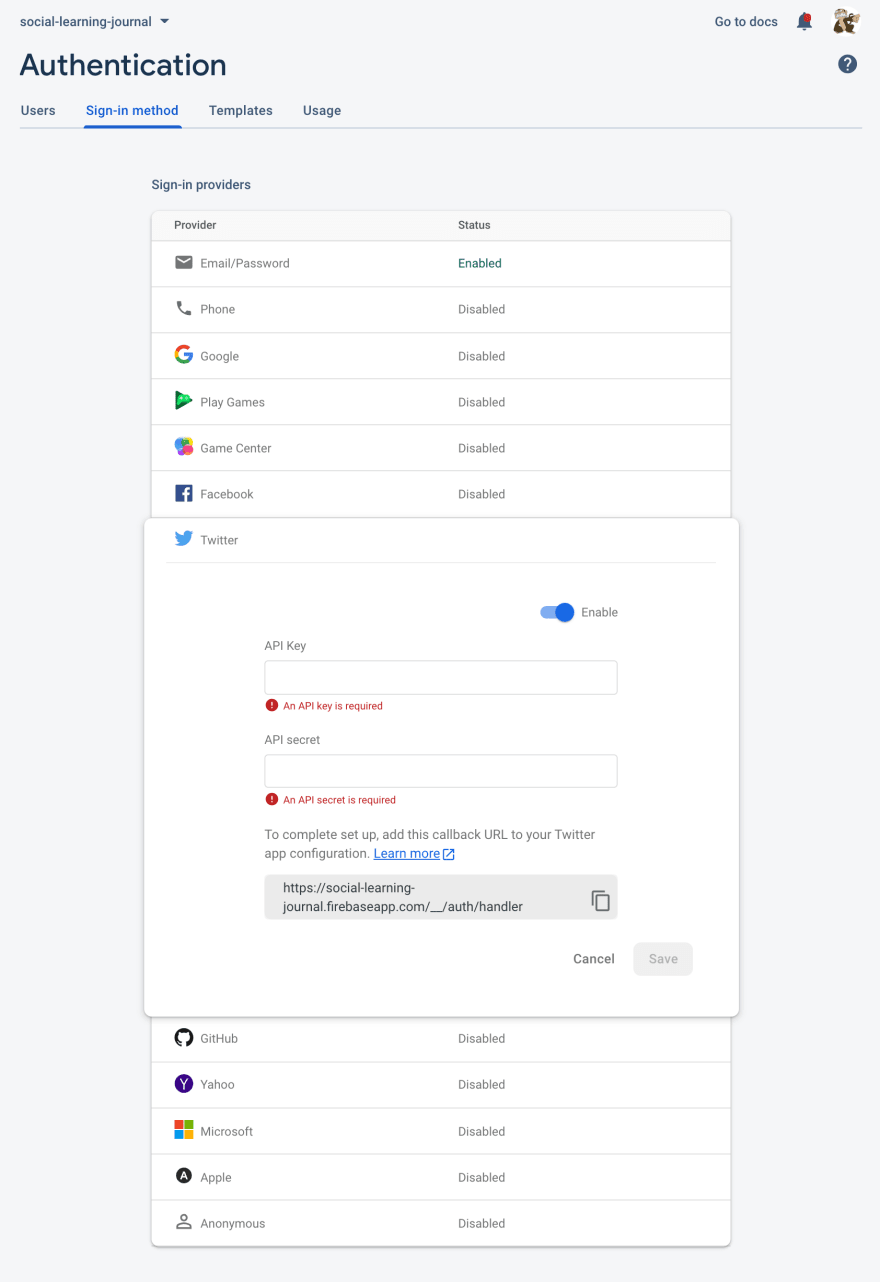 At this point, Twitter should be enabled in the Firebase Console. But we need to add the callback URL into the Twitter application. Here is a good video that walks through the process: Google/Twitter Authorization in Firebase with React and Redux (Message Board pt 3). 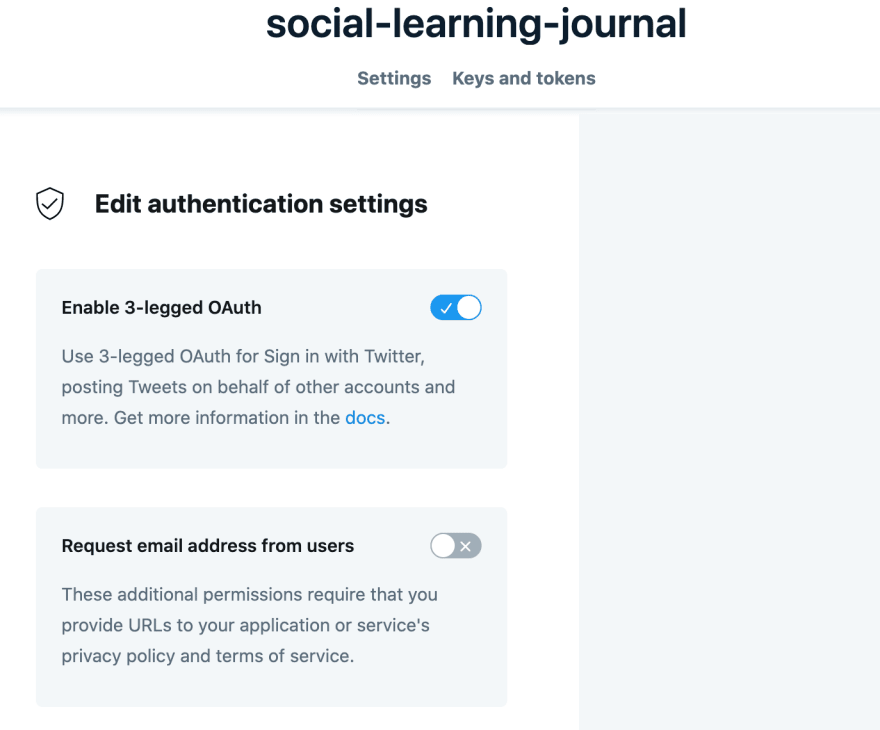 After following the steps indicated in the tutorial, it turns out the authentication through Twitter was just another function readily available on the Firebase auth object. The user handle was not readily available in the returned user object, so I stored this value in local storage.

Logging in with Twitter, the Dashboard now shows the Handle and Display Name of the logged-in user. 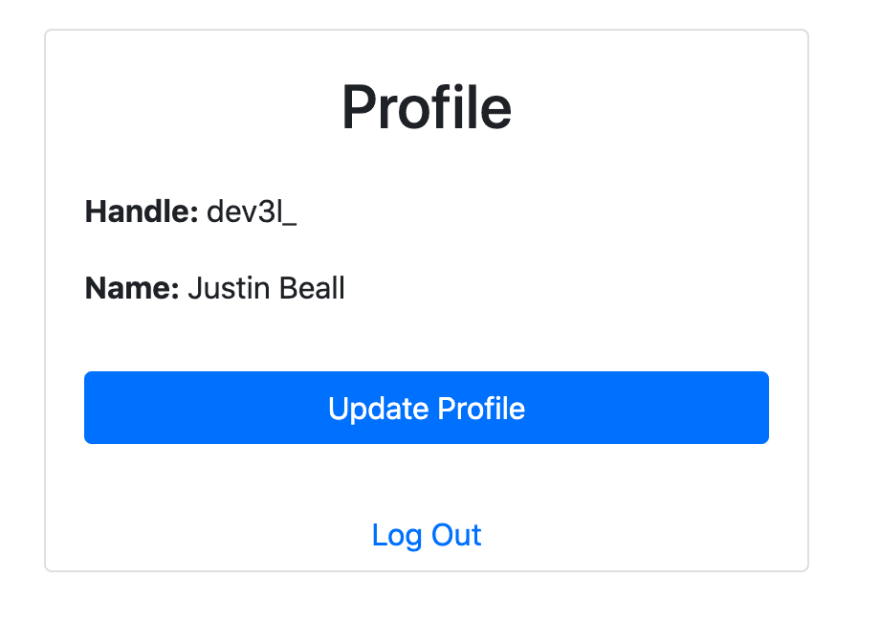 With Twitter Authentication up and running, it's time to clean up the email sign-in features. In addition, we will not be allowing our users to update their profile, this is something that should be done on the Twitter site itself. The results of this cleanup can be found on this tag, twitter-authentication. 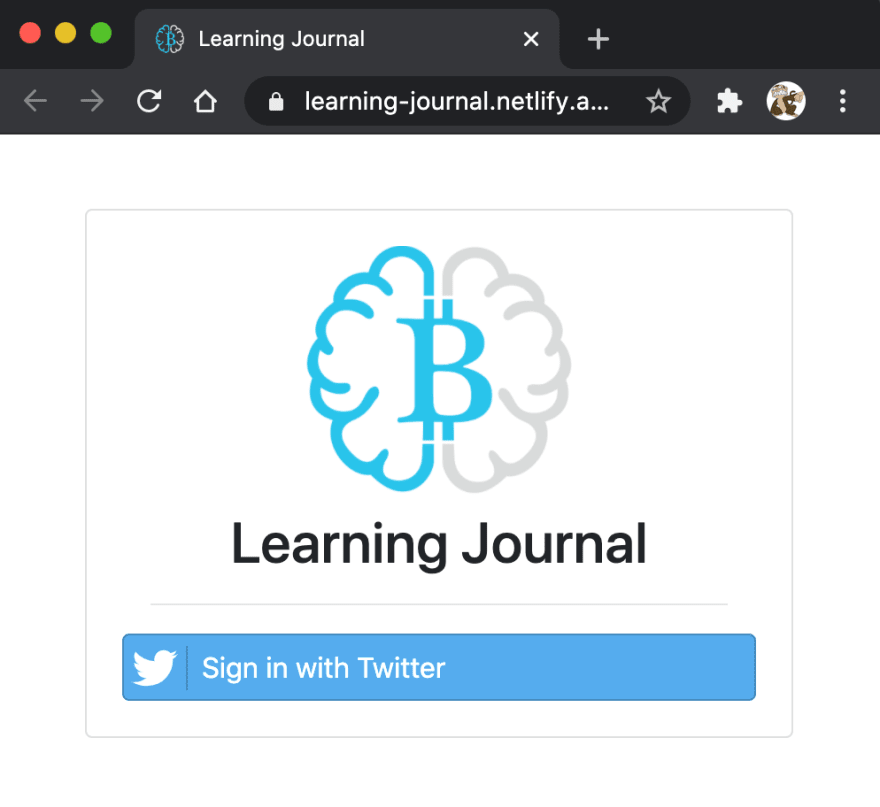 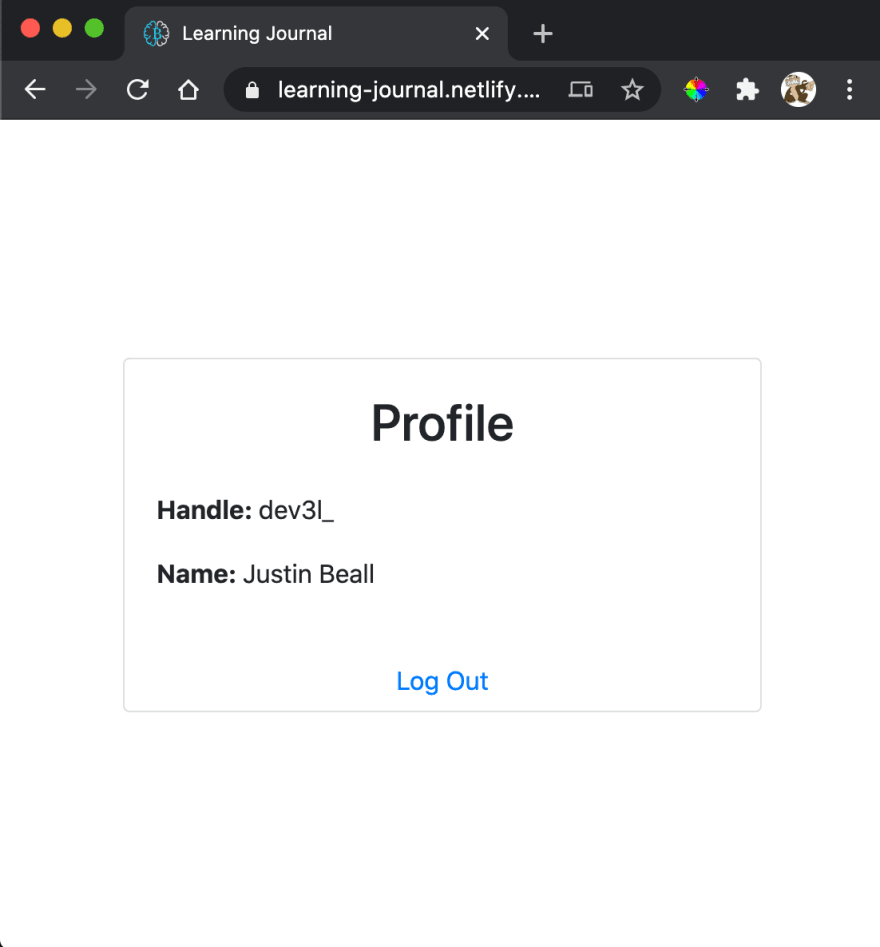 Now we have a live ReactJS application that authenticates users via Twitter. This lays the foundation for us to start pulling data from the API. In future posts, we will walk through creating an interface that will let us update the classification and other values of the Journaled Events currently stored inside the Mongo Database.

How to Add Google Analytics And Google AdSense To your Next JS Project!