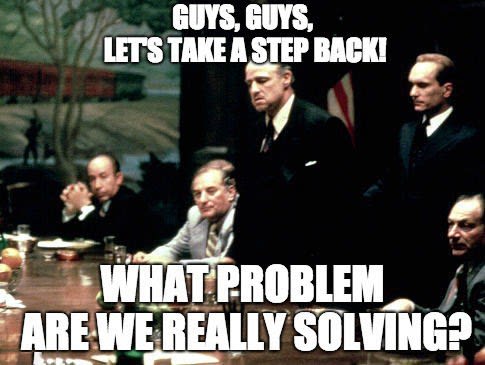 We’ve all heard of data-driven testing and its benefits. But, some data-driven techniques can help us understand if we’ve carried out sufficient testing.

Based on that, we can discover if and when our products are ready for launch. This article will discuss those data-driven techniques and how we can achieve software reliability using them.

When the build breakage is trivial: Most agile teams and continuous integrations strive to ensure build breakages don’t happen. When a developer pushes new code to the existing source code repository, the software may not perform as intended.

For instance, if your code had no errors in the past 10 days and is now running into errors with every code push, it means the code isn’t tested enough.

In a nutshell, we can assume the build is broken if the build process doesn’t move further, smoothly, for reasons such as bugs, compilation errors, or that a developer is pushing code without testing it enough.

A solid way to avoid build breakage is by ensuring the build is accurate before checking in. In case of any errors, it’s recommended to fix the errors locally before integrating the changes with the source code.

As per Parabuild CI, build breakage can be avoided if we avoid code check-ins beyond 5 pm. Parabuild calls it “Five O’clock Check-In” Pattern and its studies suggest that a developer’s critical and analytical skills often dip after 5 pm or towards the end of the day.

Further, this research also proves that if we avoid code pushes after 5 pm, it brings down build breakage by 20% to 50%.

However, if the software isn’t encountering any errors, despite small code changes, it means the build breakage is insignificant, and that the software has been thoroughly tested.

When all the involved parties sign off the stories: Agile teams work as per their pre-decided schedules and plans. Their core objectives include transparency and involving all the respective stakeholders before a project takes off.

For that reason, agile teams chalk out epics and stories as they offer a broad understanding of the requirements in both short-term and long-term scenarios.

Stories are written from the user’s perspective and they give a clear picture of the requirements while epics are a collection of these stories. When the stories are signed off by all the stakeholders, for instance, the QA team, developers, product managers, and any other involved teams, it means enough testing has been carried out.

When the code freeze is effective: Code freeze literally means we cannot modify or edit the code when the code is frozen. This is done to effectively eliminate the chances of unintentionally introducing any bugs before the software goes live.

There are cases when developers push code even after the code is frozen. Even a few insignificant, last-minute code changes before the release can lead to a build breakage.

The developers might have tested out those features on their machine, but we don’t know how these changes reflect in the software when the new code is integrated.

This means the code freeze is ineffective and the entire code has to be tested again. Particularly to detect faulty behaviour and to understand which elements are causing breakage when integrated. 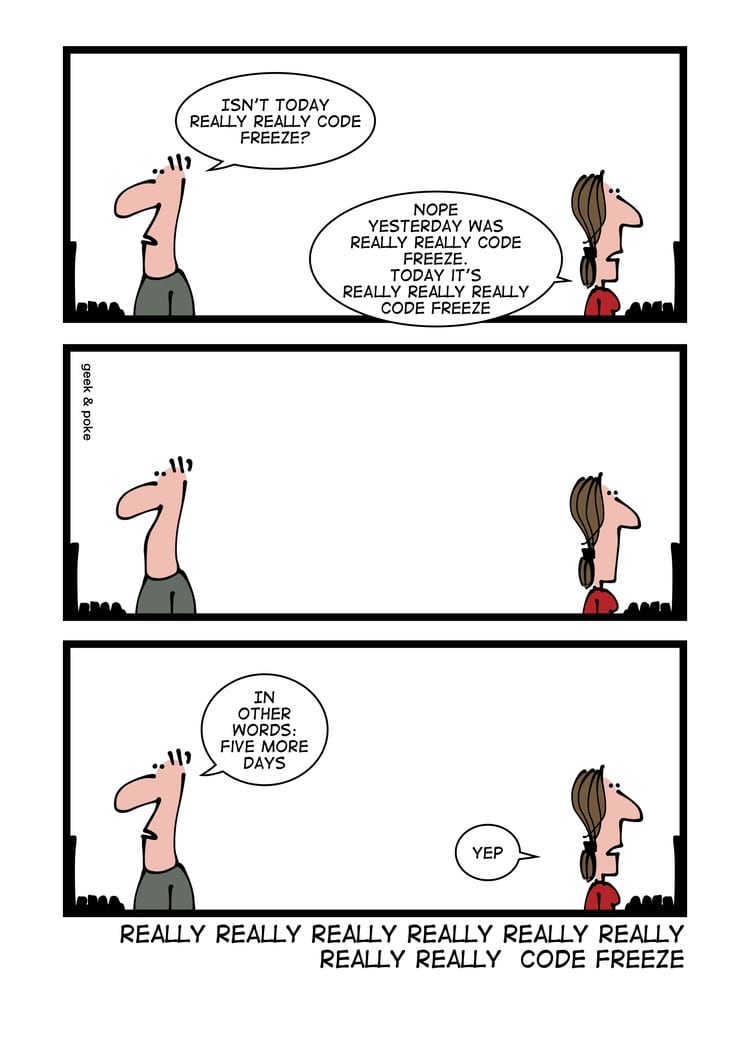 Things to consider for an effective code freeze

i. We should confirm there are no new bugs before going ahead with the code freeze. New modifications and bugs can hinder the smooth functioning of our software, and we should address any issues and fix even the smallest vulnerabilities before a code freeze.

ii. We should perform a stringent security test that will help us discover any insecure elements or areas of the software.

iii. If we’ve faced any bugs in the previous stages, it’s best to check for similar patterns or bugs. Move forward with the code freeze only after validating the features, functionalities, and quality of the software.

When all the blockers/bugs are addressed: To move forward with the project, it’s crucial to close all the blockers bugs. Blockers can come in various forms that include technical issues, backlogs, environmental errors, rapid changes in priorities or stories, too many external dependencies, hidden complexities, or complex tools.

Teams can address blockers by keeping a track of them using project management frameworks like Kanban, Wrike, etc. 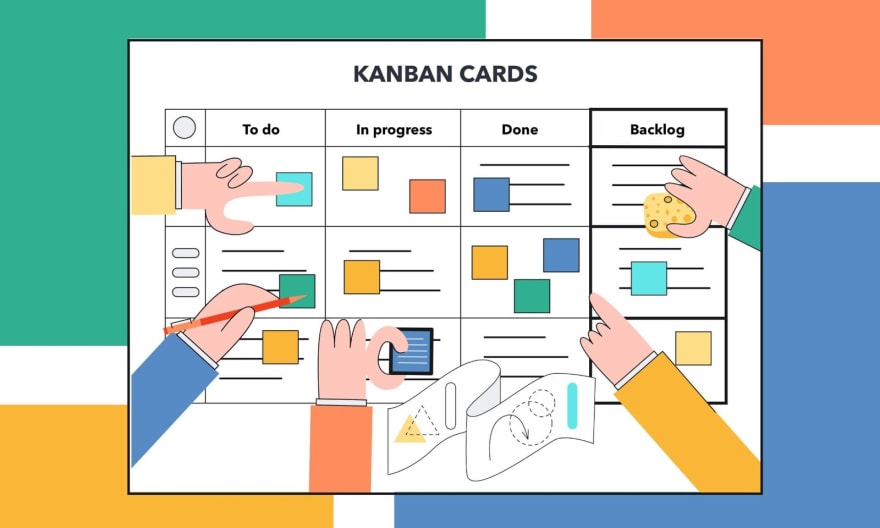 If we’re not encountering any bugs or major blockers during pre-production, it means the software has been tested enough for vulnerabilities.

Maximum test coverage can be achieved with the following:

A good rule of thumb is if your test coverage is high, it means the software under test went through maximum testing. But, this metric should not be used independently or it can create more confusion than it is useful. To know more, read here: Are Test Coverage Metrics Overrated?

When the find-rate of critical bugs is low: Often we encounter errors during production, regression, or acceptance testing. In an ideal scenario, we should find and fix any critical bugs or defections before our software goes into production.

The find rate of the bugs can be tracked based on the number of bugs found during the pre-production testing phase against production. This will help us measure our bug find rate, and if the rate is low or reducing, it means enough testing has been performed.

Powered by AI, Testsigma’s automation testing tool makes it very easy to create test cases and improve your test coverage. It provides an in-depth summary of test results, which helps in tackling the bugs better.

This codeless testing tool is fully cloud-based. Besides, whenever any code changes are made, AI suggests which affected areas should be prioritized for testing. While this helps you identify the affected tests easily, you can also avoid failures that are similar to these tests. 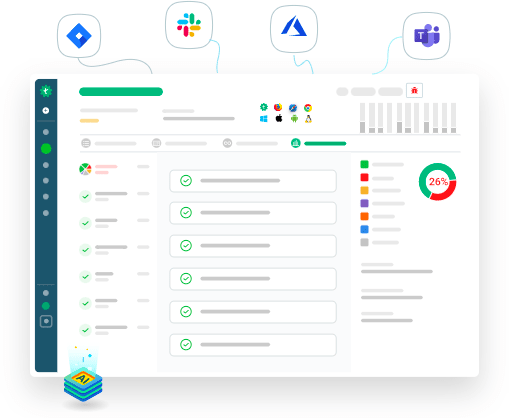 Our tool sends out in-depth reports via email, Slack, and other communication platforms, for you to collaborate and fix any bugs with your team. Since it’s cloud-based, remote teams can access it from anywhere, anytime. Read about the simplicity of data-driven testing with Testsigma here.

I don’t want to use TestCase class anymore!