This article is a part of my series on building a microservice architecture with Node.js. You can find the rest of the articles in this series below:

During the rest of the article, we’ll be implementing a Jira-like simple Issue tracking system using event sourcing and CQRS. Our goal is to implement this in a way that a user can view a ticket and see the history of changes made on that particular ticket. Let’s move forward to the terminology.

In our example, an event/command is a document that contains details about a single operation performed on a ticket. We call this the Command model in the CQRS context. An event contains the following information:

Let’s assume that the following events occurred in order. We will store them in an event collection (e.g, ticketevents) on our MongoDB database. 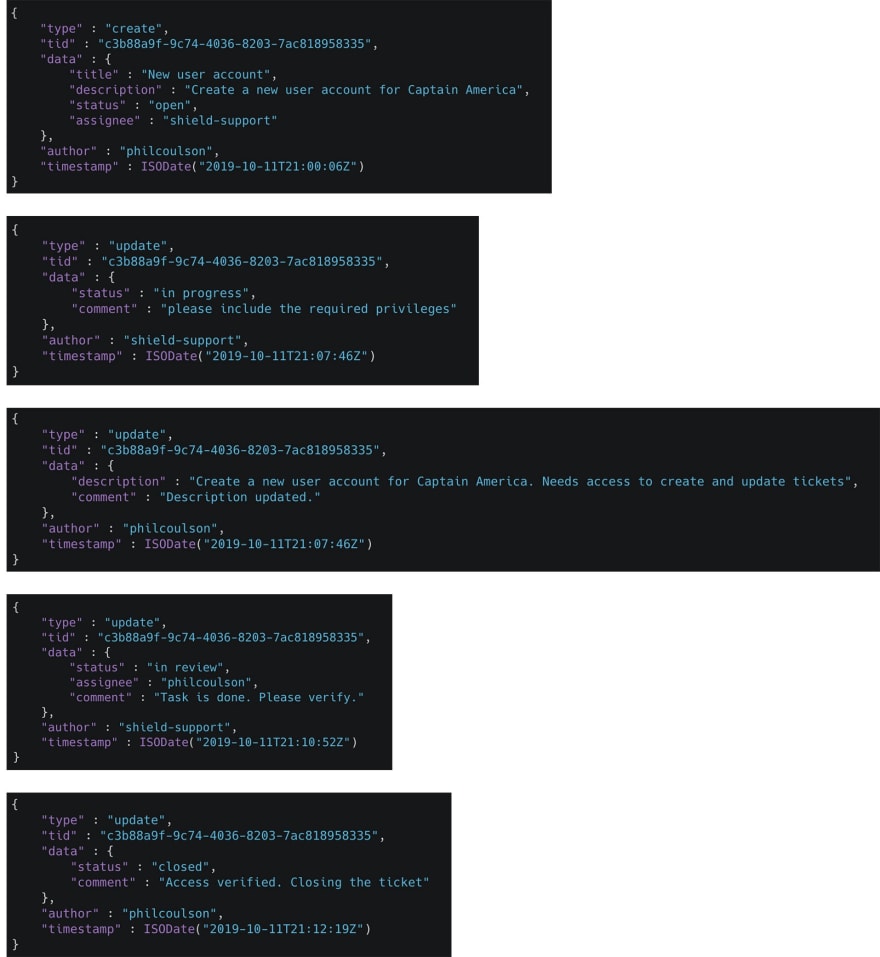 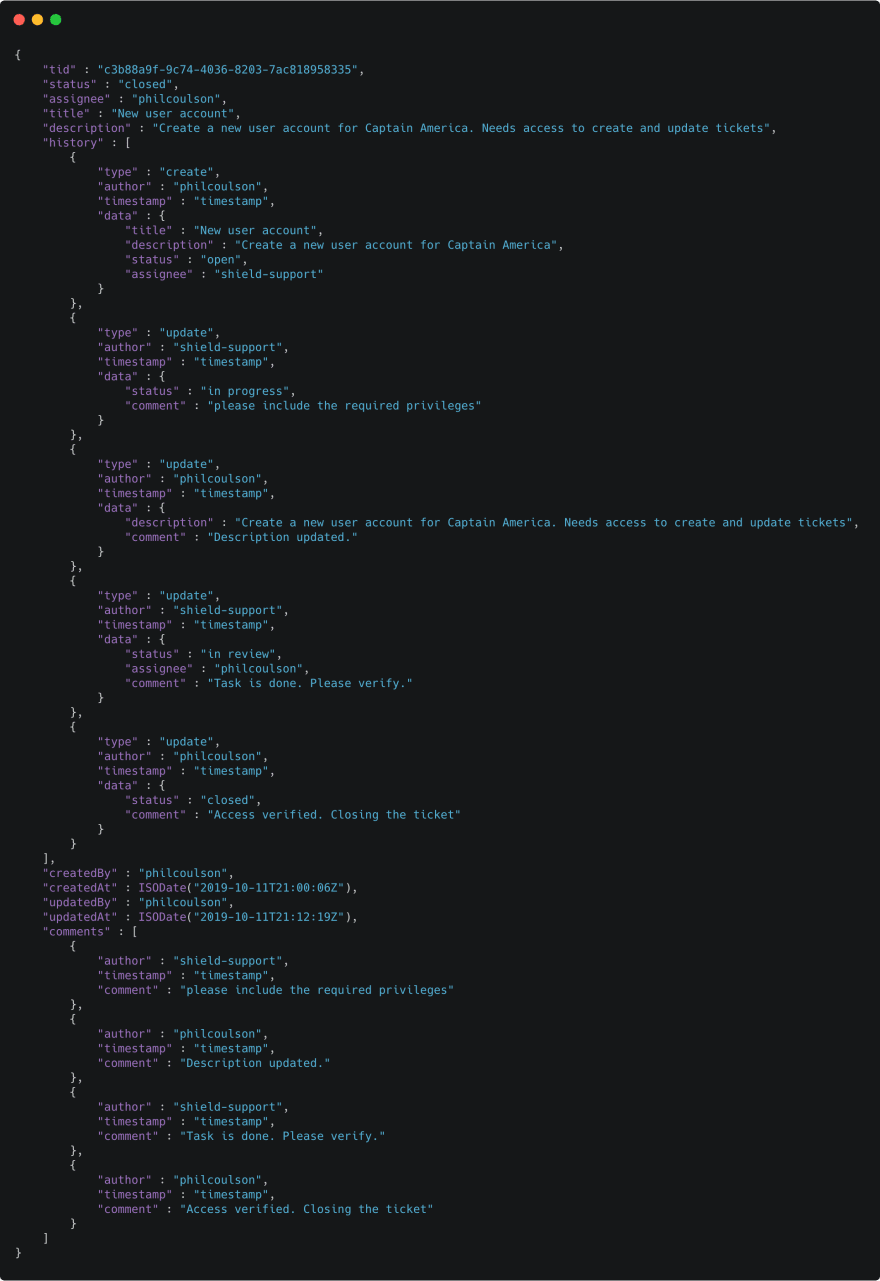 As we can see, the Command Model and the Query model are quite different which we call the Command Query Responsibility Segregation (CQRS). Implementing this is quite straightforward with a MongoDB view. We can create the following MongoDB view tickets on our event collection ticketevents in order to derive the above output from the events.

The above view is created using a MongoDB aggregation pipeline which sequentially performs the following operations to derive the final output.

MongoDB views support almost all of the different read operations (with a few minor exceptions), therefore you can also even custom projections with find queries similar to how you query from an actual collection.

One of the common features of Event Sourcing is the difference in how data is written and read. This is the primary reason why CQRS is usually bundled with Event Sourcing. Implementing this pattern in such a simple way using MongoDB views, helps us to achieve all the benefits of Event Sourcing and CQRS without compromising the simplicity and maintainability of the application.