The competition in the mobile app industry is fast becoming a two-horse race between iOS and Android. Although both platforms have their own distinct sets of advantages and disadvantages, if you choose to hire an iOS app developer to create an iOS app for a global audience, you need to get it right in order to truly justify your preference for iOS over Android. 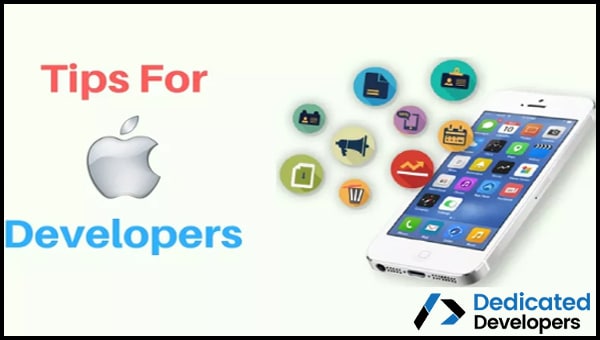 Google Play downloads have been growing by 20% year-on-year, outstripping App Store downloads by 160%. However, the rate at which consumers spend money on the App Store apps outstrips the rate for Google Play apps by 80%, increasing by 20% year-by-year. Also, while the increase in the rate of Google Play downloads is driven primarily by the bullish dominance of Android in India and Indonesia, iOS captures a larger share of the markets in Western countries like the US, UK, Canada, etc.

Regardless of the advantages which each platform has over the other, it’s always advisable to give due consideration to Android apps when looking to develop an iOS app for a global audience. However, when your iPhone app development is geared towards a global audience, factors such as the purpose of the app, the target audience, the rate at which the target audience uses iOS devices, the budget, etc., must all be considered in a distinctive light.

The following are tips for developing Android apps according to the prevailing global market trends:

When you hire an iOS app developer to build an app for a global market, you need to consider the formula with which the two platforms capture market shares across the globe. Android apps are more predominant in Asian markets like the Indian market and Indonesian market, while iOS claims the larger stakes in the markets in Western countries such as the US, Canada, and the UK.

2. Go All Out For iOS When Revenue Generation Is the Main Goal

Numerous reports show that iPhone users have a greater tendency to spend money than users of Android phones. If you’re keen on treating your app development as an investment which is meant to generate returns, then you need to stick with a thorough-going plan for an iPhone app development. Apple itself has been indirectly promoting the subscription pricing model, which many brands and developers have already profited from immensely.

The micro-transaction pricing model, which entails making apps available for free download, and charging for micro-transactions after the download, is another veritable pricing strategy that has proved profitable, although its effectiveness is beginning to wane.

The spec document – which outlines the app’s business logic, as well as the technical spec document – which outlines the features and functionalities of the app -- must all be well-articulated. In doing so, you get to effectively plan how your app will warm its way into the hearts of your international audience. The spec documents of your iPhone app development should articulate technicalities such as integrations, server-side support, the preferred programming language (Objective-C or Swift), etc.

When you hire an iPhone app developer for an app targeting a global audience, scalability must be a top priority. Scalability must be duly considered when making choices concerning back-end software integration, mobile APIs, Backend as a Service (BaaS) software pack, storage, etc.

But in order to do this effectively, you need to hire iPhone developer with not only an extensive knowledge of both front-end and back-end infrastructure, but also deep experience with responsive design, mobile APIs, Apple’s Software Development Kit (SDK), Xcode, Cocoa Touch, database and server administration, integration, etc.

Also, a greater provision for scalability necessitates a greater number of unit tests and integration tests, so you need to hire an iPhone developer who’ll implement those aspects of the development effectively.

Opting for an app that runs on both platforms is a prudent decision. If you have the necessary resources, then its best if you create an app that runs on both operating systems when aiming for an international audience, so you can get the best of both worlds. Of course, most brands looking to implement an iPhone app development would love to make the app compatible with both platforms, but for budget and time restraints it’s not always done. However, you still need to give cross-compatibility a major consideration.

It’s now much easier to create a cross-compatible app, thanks to the emergence of frameworks such as PhoneGap, Iconic, and React Native. But there’s also been a backlash from both Google and Apple against the use of third-party cross-platform app frameworks, as both firms what to encourage the development of native apps.
The effect of the push against non-native cross-compatible apps by the two tech giants has resulted in a significant drop in the number of these mobile apps in recent years. Nonetheless, if you have the necessary resources to build apps for both platforms, you’ll be positioning your business to get the best of both worlds.

One of the key advantages which iOS has over other platforms is the higher-grade security tools which it offers end users. The iOS is one of the safest platforms that provides maximum protection against unauthorized access to user files, whether the unauthorized party is a malicious hacker, a government agency, or a curious acquaintance.

From malware to spyware and other kinds of viruses, the iOS is renown for its capacity to keep all sorts of information security threats at the barest minimum. When you hire iOS app developer for an app targeted to an international audience, you should be very keen on harnessing the security capabilities available on the platform to give your users a reassuring sense of security and privacy.

In addition to implementing all the tips mentioned above in order to successfully hire an iPhone app developer to build an app for a worldwide audience, you should also bear in mind that an iPhone app development is an ongoing process that requires continuous testing and tweaking, especially in a case where it must be developed according to global market. When you’re ready to create your app, be sure to contact us, and we’ll work with you to create the best app for your unique business.

Dedicated Developers
Dedicated Developers is a top-tier Web and Mobile Application Development company. The company was founded in 2007 and employs over 100 employees globally.
What is the Best Platform to Build a SaaS Solution React Native Vs. Ionic: Detailed Comparison to Choose the Better One Why Big Enterprises Prefer ASP.Net Development