In this article we'll discuss about React Hooks. Before the release of React Hooks, its functional components were a bit limited in usage. I mean, when it comes to working with State, context API, and some Lifecycle methods there was nothing we could do.
But, starting from React 16.8, we have a lot more flexibility to reuse an existing piece of code.

✨Hooks are the new feature introduced in the React 16.8 version. It allows you to use state and other React features without writing a class. Hooks are the functions which "hook into" React state and lifecycle features from function components.

✨ Hooks don't work inside class components. They let you use React without the class.

✨ Hooks will reduce your component size significantly and have many other benefits.

Let's get Started with the top most great React Hooks.🔥

👉 The useState( ) is the most commonly used Hook that allows you to create, read and update simple internal state variables in your react function component.

👉 Create would imply that the state was created for the first time when the component renders. But the useState( ) executes every time the function component re-renders.

👉 During the subsequent re-renders, the useState( ) hook will give us the Current State.

Let's look at the syntax of useState( ):

👉 If you use this state variable inside JSX, the component re-renders every time the value changes.

👉 The setVariable function is used to update the state variable whenever needed in the component.

👉 The "setVariable" name doesn't really matter. You can name it anything you want.

Let's look at few examples of the useState( ): 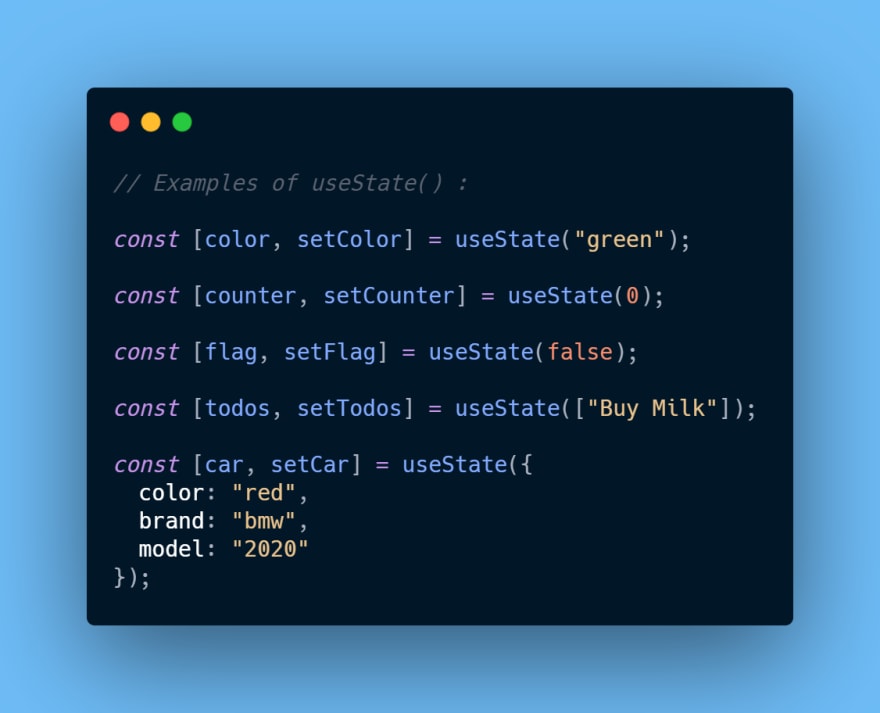 👉 The Effect Hook lets you perform side effects in function components. If you’re familiar with React class lifecycle methods, you can think of useEffect Hook as componentDidMount, componentDidUpdate, and componentWillUnmount combined.

👉 It is like a Functional programming concept, where we try to encapsulate side effects in other functions so that other Functions can stay pure/unaffected.

👉 useEffect hook must declare inside the component (top-level, don't declare them in the block), it will give several advantages (Thanks to closure):

The syntax of Effect hook is below: 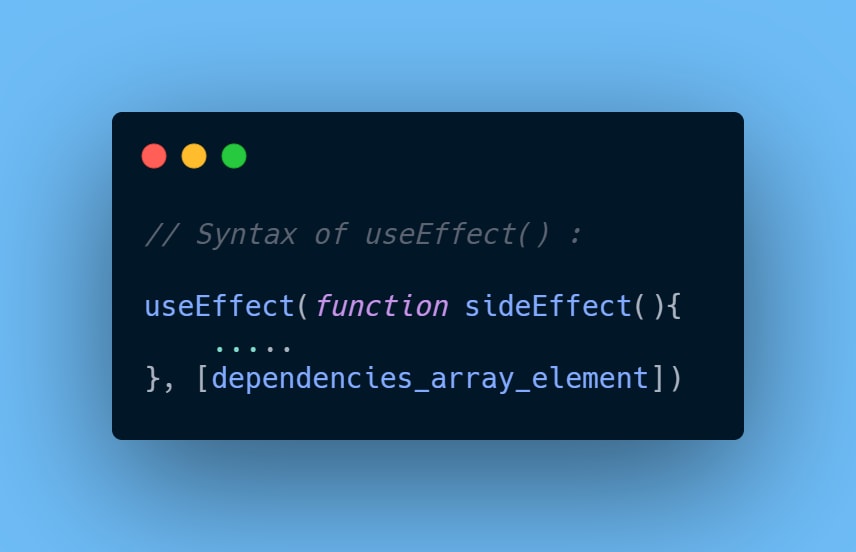 👉 Well, whenever your components finish rendering, useEffects run unless you specified dependencies in the dependencies array.

There are several cases where you should consider useEffects. Some of them are:

🌈 Some use cases of React useEffect hook:

👉 To understand the useContext( ) hook properly, first we have to understand what "Context" stands for...🤔

✨ Context provides a way to pass data through the component tree without having to pass props down manually at every level. ✨

👉 In a typical React application, we have components from Parent to children and grandchildren. Let's say we have to pass some data from parent component to grandchild component, to do that we need to pass the data from each and every component to the last component. This is known as prop drilling. 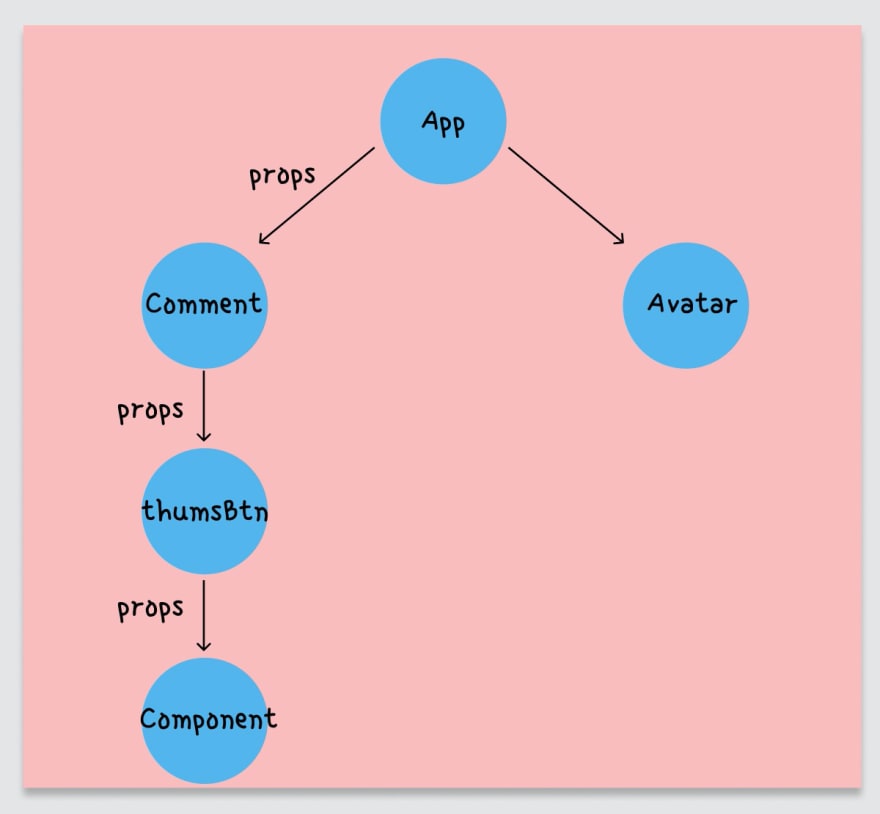 In this one the data is passed top-down (parent to child) via props. But that method can be clumsy for certain data.

👉 So to overcome that Context comes into the picture. The context provides a way to share values between components without having to explicitly pass a prop through every level of component tree.

👉 If the data is supposed to use as "Globally" then we should use context. Basically, context is designed to share data that can be considered "global" for a tree of react components.

🌈 So in order to apply the methods of context, we have React Context API. 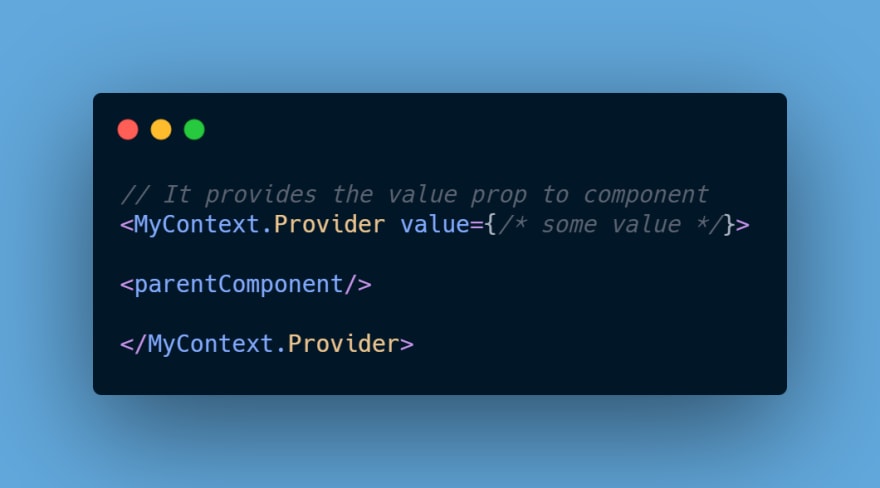 👉 Every Context object comes with a Provider React component that allows consuming components to subscribe to context changes. 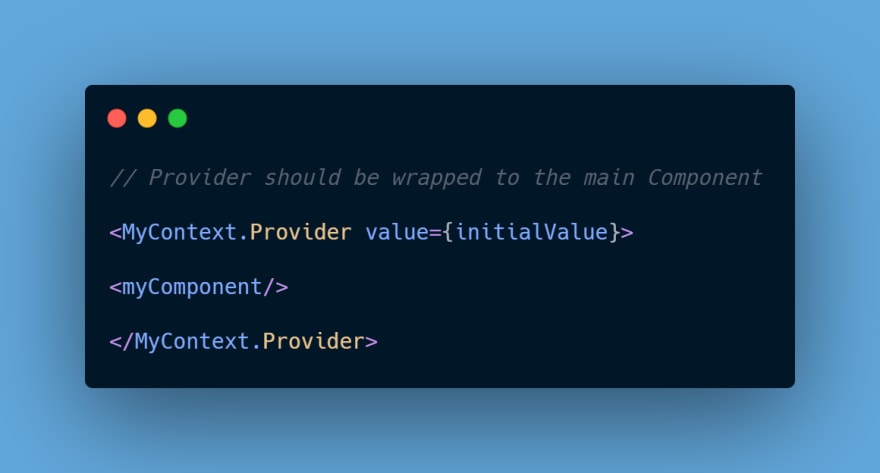 👉 There are other Hooks as well in React. Will try to continue it as series. Stay Tuned.

If you liked this post, please react and let me know what you think in the comments! See you in next Article. Goodbye.

Do You Need To Master JavaScript Before Learning React?

Build the organizational chart with Angular