It's late here and I'm lazy to write anything here.

I just pushed my new open source project live and I just finished making it compatible on mobile. It is meant to be used on desktop so I didn't have mobile in mind. So the UX on mobile is crap.

You can create new sections by typing ":" at the end of the task's name. For example "Goals:" will create a new section as seen on the image below.

I'm open to any suggestions, feel free to post issues on Github.

For detailed explanation on how things work, checkout the CLI Readme. 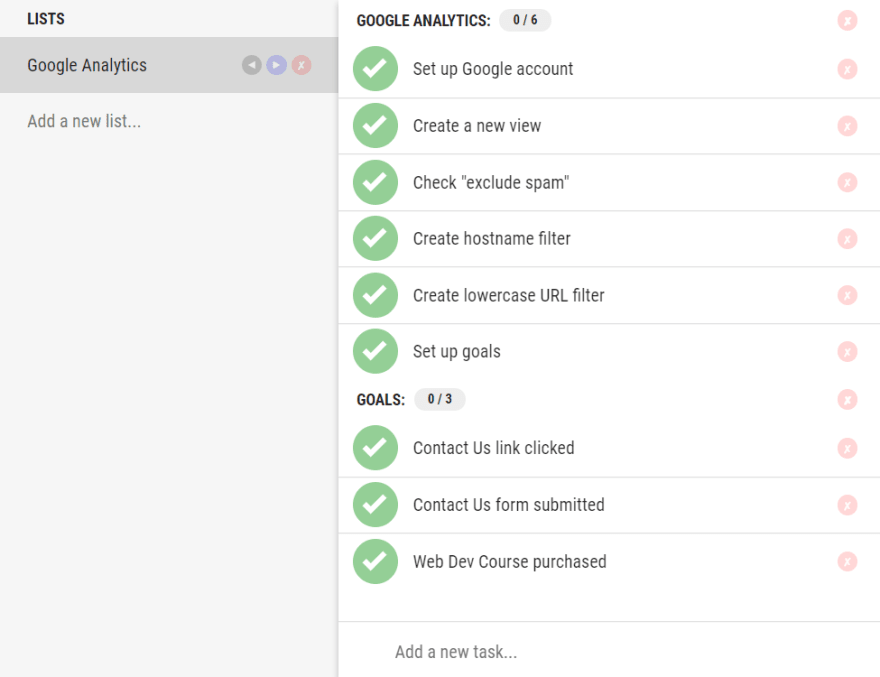 Once suspended, davidszabo97 will not be able to comment or publish posts until their suspension is removed.

Once unsuspended, davidszabo97 will be able to comment and publish posts again.

Once unpublished, all posts by davidszabo97 will become hidden and only accessible to themselves.

If davidszabo97 is not suspended, they can still re-publish their posts from their dashboard.

Once unpublished, this post will become invisible to the public and only accessible to Dávid Szabó.

Thanks for keeping DEV Community 👩‍💻👨‍💻 safe. Here is what you can do to flag davidszabo97:

Unflagging davidszabo97 will restore default visibility to their posts.