We all have reasons for holding onto the past, like that Transformers lunchbox that I couldn’t handle throwing away. I loved it, but the truth is I was never going to use it again. But in the realm of professional software engineering, holding onto anything that isn’t being utilized can wreak havoc on a codebase through unintentional bugs and clutter that hurts maintainability and team moral. This unused code is called “dead code.” But how do we know when code is dead? And worse yet, how do we convince ourselves that it’s finally okay to let go of that lunchbox you’re not using anymore? The following tips will help you to get rid of the hoarding problem.

But first, what is “dead code?” Dead code that is any code that is no longer in use by a customer or a “if branch” that can’t possibly be hit. And since there is a proven correlation between the number of lines of code to the number of bugs (1) , it’s best to slim your code down whenever possible. The best way to find it is to go looking for it every time you add to the code. But maybe you’re too afraid to delete the code? It’s an understandable fear, so here are a few tips to get you and your team more comfortable:

Before we talk about the many technical solutions that can make large refactoring possible, let’s talk a little bit about the emotional challenges to deleting code. While I can just tell you that letting go can and will make you happier… it’s not always so easy to believe it. The past is already gone, so why are we letting it bother us? Sometimes this is really, really hard to accept. For instance, when I was starting this blog, I wanted to set up an office in my basement so I could have a quiet, productive space to focus on producing articles… unfortunately I couldn’t even walk in the basement because I had approximately 1 billion moving boxes from when we bought the house. Every time I opened a box, my brain said, “Oh, you’re totally going to need this later” which was almost always untrue. Did I still need a box of t-shirts from my high school glory days? How about that collection of harmonicas that I found too challenging to ever learn? No, these were all relics of the past and they were LITERALLY preventing me from enjoying my current goals.

There are some people who might say “Wait, I thought that as programmers we were supposed to add value by adding code?” No, sometimes the best code is the code that you don’t have to write. Or as Bill Gates is credited with saying: “Measuring programming progress by lines of code is like measuring aircraft building progress by weight.” So take that advice and enjoy the moments when you get to make your aircraft much less heavy. This is the kind of pull request you get to have fun submitting:

But sure, I hear you. That sounds scary to cut out massive parts of the code. So our next tip involves deleting tiny bits as you go.

If you have a garden, the best way to keep the good plants healthy is to walk outside every day and pull a few weeds. It’s certainly much easier than waiting till your garden is overgrown. It’s the same with the story above about my basement– If I had simply unpacked one box per day, then I would have achieved my goal of a clean working environment much, much sooner. This is exactly the kind of proactive atmosphere you should be creating on your team. Some of your teammates might feel down or discouraged. Show your teammates that it’s 100% possible to weed the dead code out of your old, unmaintainable codebase. 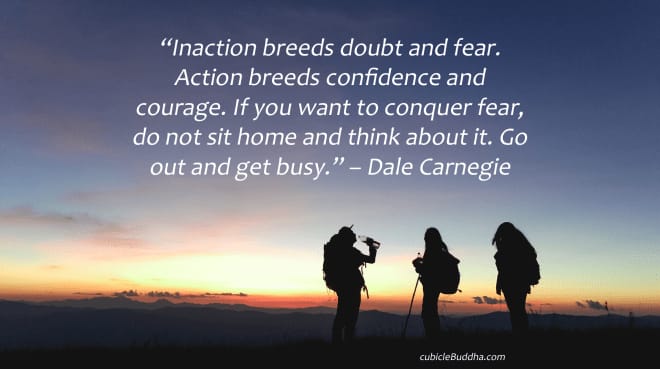 Even if you peers become confident in your hunting skills, it doesn’t mean that they have confidence in their own abilities. You can raise their confidence and understanding by taking time each week to share domain knowledge amongst the entire team so that each developer can think about the business domain while they’re in the code. Since your peers will now understand the effect of their changes, they can understand more viscerally what effect the change will have on the users. This will make a huge impact. But sometimes domain knowledge isn’t enough to prevent developers from being scared of making big sweeping changes. That’s when you’ll need better metrics, tooling, and testing.

Tip # 5 – Use tools, testing and metrics to be confident in deleting dead code

Remember, it’s much easier to pull weeds from your garden when there are only a couple tiny offenders than it is to spend hours weeding when your garden is overgrown.

That being said: I have a bunch of weeds in my yard right now! Hey, no one is perfect, and that’s okay!

Most useful chrome extensions for DEVELOPERS

Developers - which tools have you ever paid for or wouldn't mind paying for?

Cubicle Buddha
TypeScript nut + head writer at CubicleBuddha.com (other loves are cats, my wife, comic books, and VGs)
What’s your favorite piece of code that you had to throw away?
#agile #discuss #productivity #webdev
Screwing up. Advice on forgiving your inner child.
#productivity #agile #programming #webdev
When you can’t relax
#motivation #productivity #webdev #agile