Several weeks ago, I wrote a webdriver app in Clojure to pull directory information from congregate websites. The general idea was this:

I have trouble remembering names and faces. What if I had a flashcard system to help me memorize them?

However, I got bored before I could finish.

I've been hard at work this week updating Rivendell for Elvish v0.17. I recently finished testing and documenting the fun module, which houses most of the functional pieces. You can view the docs here.

I have another blog post about how I generated that documentation if you find that interesting. 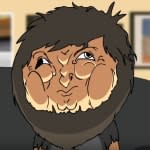 With the progress made on Rivendell, I think now would be an excellent time to finish the flashcard app.

Since Rivendell is currently under development, I am using Elvish's rsync functionality.

Clone rivendell and switch to the update-for-0.17 branch. Then place this file in ~/.local/share/elvish/lib/dev/epm-domain.cfg

Then, add this to your ~/.config/elvish/rc.elv.

The functions we need from Rivendell are shuffle and destruct. Next, we need a way to display images. If you want to replicate my environment, I have this function defined in my rc.elv for displaying images.

Next, we need a way to score guesses. For that, let's define a simple Levenshtein function. Low scores are better.

That code takes advantage of Elvish's module aliasing feature and also demonstrates a few more simple Rivendell functions, reduce being the most interesting.

I placed this code in a file called levenshtein.elv and imported it with use ./levenshtein l.

Next, we need a function to tie these together. It's not fancy. I just defined this in the terminal.

We have all the components now. So let's pull our directory info and start scoring guesses.

Is this thing categorically different from an app? Probably.

After you've built the congr project from the first post, execute with:

For privacy reasons I won't show actual names and photos from the directory, but you can view a screenshot with mocked information from knowyourmeme.com. 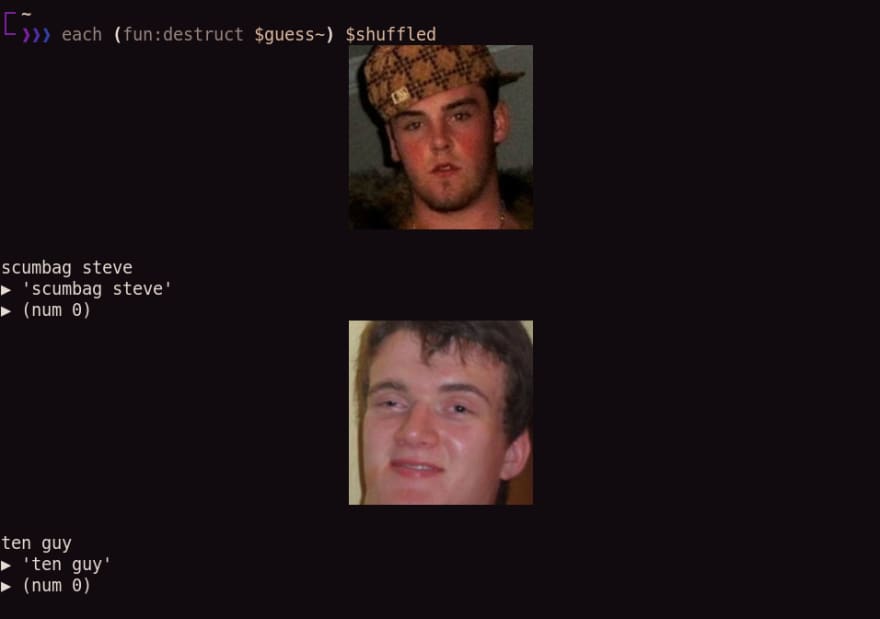 I always envisioned a stupid simple terminal "app" for this project, so it appears I succeeded. Furthermore, I appreciate that Clojure and Elvish worked together to make the experience genuinely hacker-ish.

Switching from Windows to Fedora: A Developer's Experience

How to personalize the shell for developers - my custom setup