It is growing at a very stable pace with increasing long-time users.

As I wrote in the blog post, I’ve stopped caring about numbers in order for me to keep it going. So, it’s been a while since I last reported about the Inkdrop’s revenue, and I found that its growth is still fine, fortunately. This is going to be the last time I will report unless I get a big reason to do so. Inkdrop is a cross-platform Markdown note-taking app whose pricing is at the cost of a coffee per month: $4.99/month or $49.9/year with 60-day free trial.

Number of long-time users is increasing

Take a look at the following diagram. The last MRR marked the highest revenue: 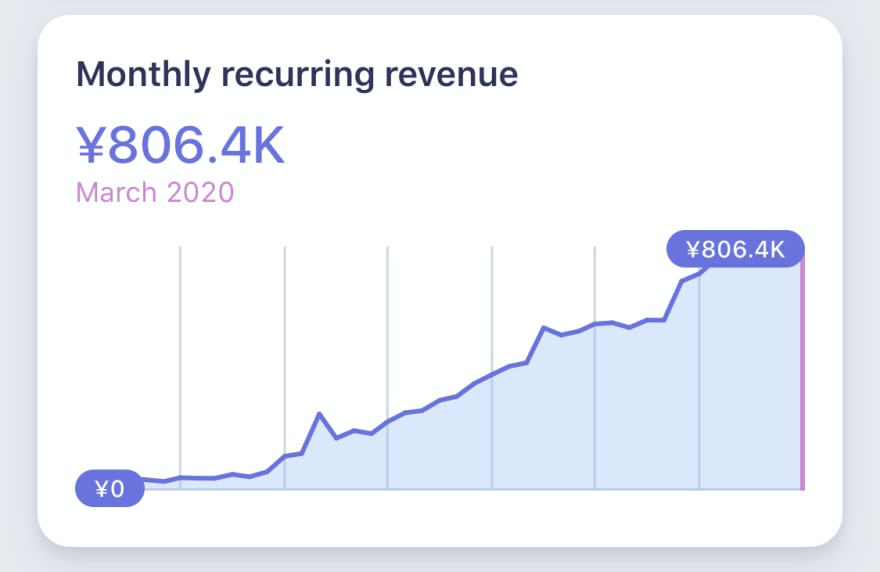 The key is that the lifetime value(LTV) keeps increasing: 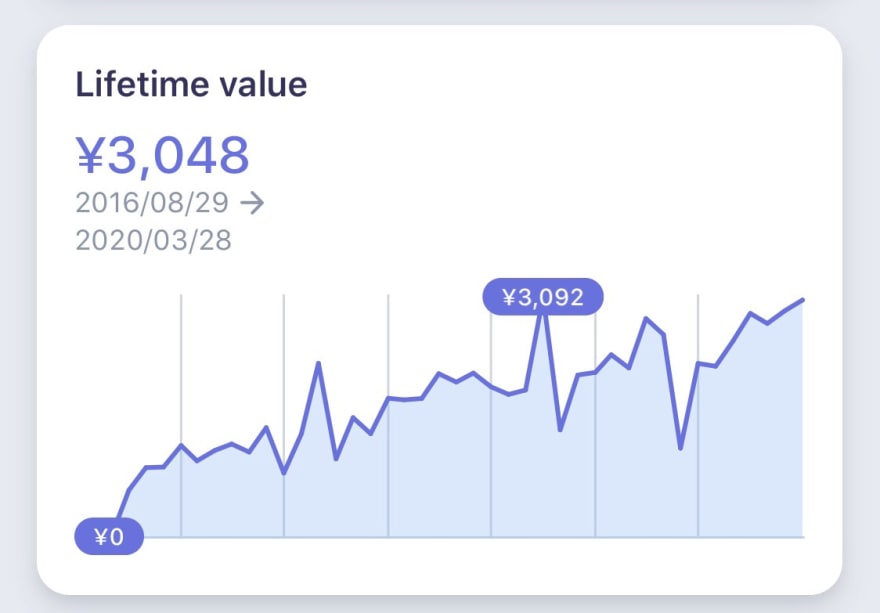 It means that number of long-time users is increasing. People are seemingly using my app for about 7.6 months in average (28 / 5 = 5.6, plus 60-day free trial). Although it’s not accurate as Inkdrop provides yearly plan (17% off), educational discount and plugin developer license, that’s amazing. Some people are still actively using it since its first beta release in Jun 2016 (almost 4 years!). I remember each user’s name as they even have been and is giving me a lot of feedback. Thank you so much 🙏✨

So, I can say my strategy focusing on pleasing the existing users instead of new/leaving users is valid. The growth is slow as you can see. It does not look sky-rocketing like a VC-backed startup but that’s the result I wanted — Stability. The subscriber churn rate of Inkdrop was 60-90% at the beginning, which was terrible, but it has been decreasing and now it’s at around 16%:

In general, churn rate in subscription B2B is at 5%. You may think the base churn rate is indicating so high. That’s because it includes canceled trial users. Well, let’s take a look at the trial conversion rate. As the app became mature, the rate got increased:

The worst rate was 1.75% in Jan 2017 but I got 14.29% last month. From those rates and my observation on the account deletions, the current actual churn rate would be 2–5%. It has been significantly improved after launching Inkdrop v4. So, I can see that people are happy with how the app got improved :)

By the way, to be honest, this is the first time I checked those diagrams carefully. I am basically not interested in checking frequently those numbers because it makes me anxious and distracted, and rush to short-term bad tactics to gain better but fragile numbers. Who will be happy with it? I would stay focusing on long-term strategies instead, which are for the existing users. So, I don’t care about them and fully enjoy developing it. I’d like to make it better rather than bigger.

Thinking of how to survive this pandemic

While I was a digital nomad in Okinawa lately, I saw a lot of restaurants were almost empty. A diving instructor told me that he got 300 cancellations. Terrible. On the other hand, I found that some restaurants were full of customers. For example: 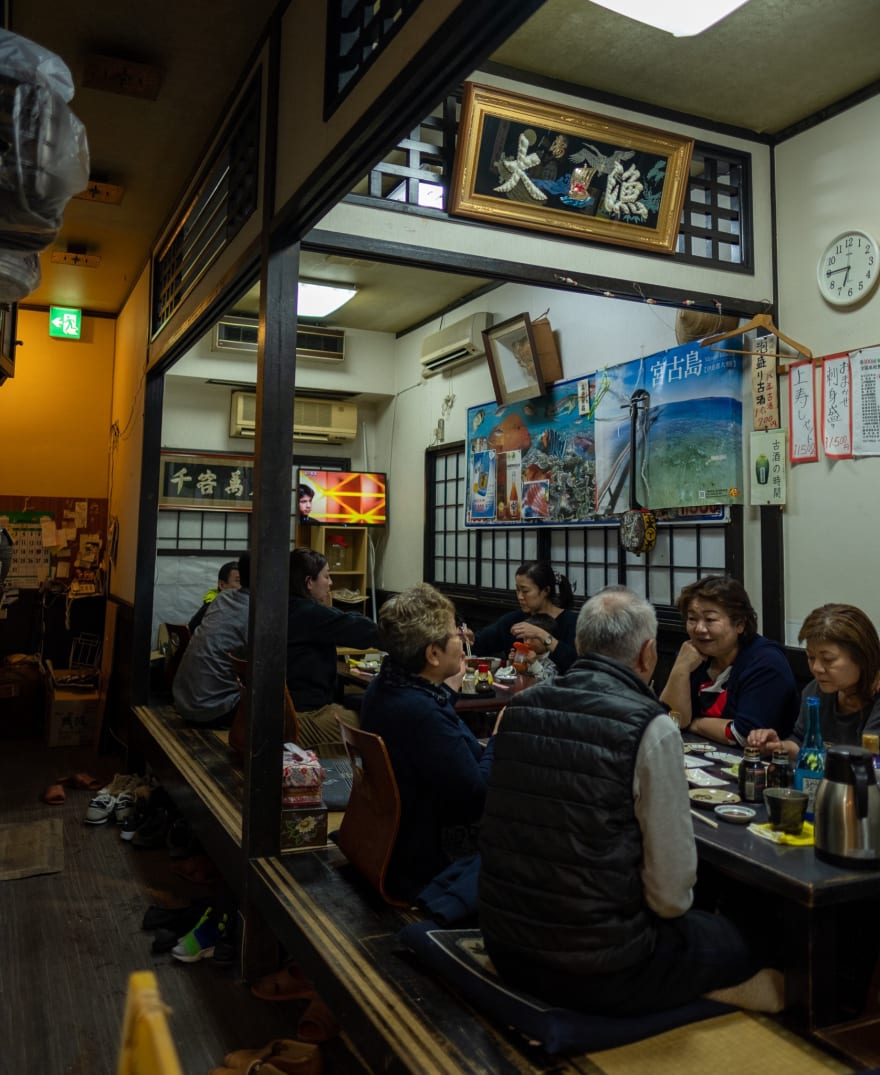 I guess they are local regular customers because they seemingly know each other and live in the same area. I became friends with two people at the restaurant:

got some drinks with a local fisherman who catches octopuses in August. I’m drunk on a lot of Awamori 🤪 https://t.co/4vkTNmYoiv

The empty restaurants I saw were targeting inbound tourists who basically visit only once. So, I think it’s important to have loyal customers to make your business robust.

For example, I am always trying to provide quick & friendly user support since it launched. As a result, the stats of the most active user on the support forum is as following:

I replied to all of his posts. His bug reports helped me a lot. When I decline his suggestion, I explain a reason as much as possible. I appreciate so much his effort. And also, I sent some people stickers. It was time-consuming but they were so pleased with it.

Be yourself. Stop hiding your personality behind your product.

I’m lucky enough to be in an industry to be able to avoid the coronavirus shock. But tech industry changes so fast. It could happen to me or any one of us just now it isn’t, like EU’s GDPR, changing of Apple’s review guidelines, etc. Attracting fans would be a viable way for indie developers to survive such environmental changes. That’s because a reason why people like you is loosely tied with your app. They like what ‘you’ created. They will likely support what you create next as well.

It’s important to be yourself, instead of hiding your personality behind your product. For example, a girl said why she is using Inkdrop despite of the fact that she is not a programmer, is that she likes how I build it:

It was a symbolic event. If I was not writing my personal journey on the app, she would never have used my app. Similarly, there should be a lot of people who keep using my app for the same reason. I would like to keep working for people like them.

That’s it! I will continue sharing what I learned from my solo dev. I hope you found it helpful. Thank you for reading this. See you again.

30 Top Apps Made With Python

Why every developer should do side projects?