After spending two years at ICONIQ Capital, I am excited to share the news that I have decided to join CodeStream, makers of a leading code discussion tool that is revolutionizing developer documentation and code review methodologies. I wanted to share why I embarked on this journey to help build a company in the software development tool space. 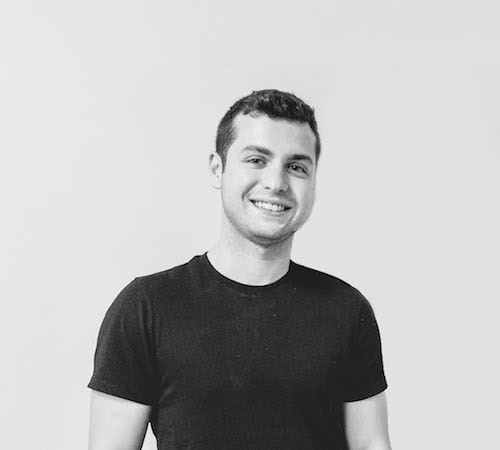 Over the past two years, I learned a tremendous amount about how the venture capital ecosystem operates and the characteristics of quality businesses. I attended conferences across industries, and worked with operators who challenged conventional thinking.

I wanted to apply the high-level insights I gleaned from working in venture capital to help scale a business. I spent time understanding different lenses to view sales and marketing efficiency, but had yet to build a growth campaign of my own.

I explored working at an early stage company for some time and had not found a perfect fit until I came across the CodeStream team through an article outlining the massive problem they were solving: developers had broken lines of communicating, documenting and retaining their knowledge.

I was determined to work for a company that builds products for developers. I ultimately believed investment into these tools would be the largest source of value creation for the enterprise.

There are several trends that helped shape my thinking, driven by the way businesses rely on critical applications to stimulate innovation.

Enter CodeStream, a tool for developers to collaborate, review, and document code at a rapid pace in the IDE itself.

No matter their tooling up to now, developers struggle with documenting their code. Ask any developer, and they will tell you about the difficulties in knowledge sharing and the persistent lack of documentation that makes it so challenging. Documentation helps you understand code faster, leading to shorter code reviews and better code quality. When your documentation is right there in your IDE, it explains it all in context, linked to the code blocks it refers to. This kind of documentation behaves like a persistent set of Google Docs comments that explain how it all works. It all happens effortlessly, because it’s created by capturing the discussions and interactions between developers and their tools and attaching them to the code their refer to.

It seemed obvious to me when I encountered CodeStream that if you could utilize developer discussions during the development process to document the code, you would have the potential to materially affect developer productivity. All other enterprise functions (Marketing, Sales, HR, etc.) have knowledge bases, like CRM, that document established processes, but nothing existed until now for the engineering team to retain this type of information.

I loved the product vision, but the team sold me on the opportunity.

Spending time with Peter, Claudio, Dave, Michael, and Scott made it clear CodeStream relentlessly prioritized product feedback. Peter had a keen sense of the common pain points many developers faced with code review and collaboration, having previously built a business that became the messaging infrastructure for RingCentral and the first social news feed in a social network. The CodeStream product today is an evolution from previous experience working with communication-centric productivity tools. Despite launching four prior companies, Peter and Claudio joined the Y Combinator batch in Winter 2018 to garner even more feedback. Peter’s humility and strong technical aptitude were attributes I deeply admired.

The opportunity to help scale CodeStream’s marketing efforts and learn from a team of seasoned entrepreneurs was something I could not pass up. It’s an opportunity to do more of what I have done before – work with the best-in-class operators and continuously learn. I could not be more excited to be part of the CodeStream team and embark on the journey.

SafeStorageBot - keep’s your secrets in Telegram

I'm On the Brink of Leaving Facebook for Good. Here's Why.