In part 1 of this series, we learned how to install React using Create React App.

In part 2, I will breakdown the following files and folders:

What is a package.json file?

This is a JSON(JavaScript Object Notation) file that includes key information concerning your project. This is a required file that is needed to run any React project.

This file includes metadata such as name, author and version as well as starter scripts and dependencies used in the project.

DO NOT DELETE THIS FILE.

Open up your project in your favorite code editor, and you will see the package.json file in the root directory. "The root directory, or root folder, is the top-level directory of a file system." - Source: Tech Terms 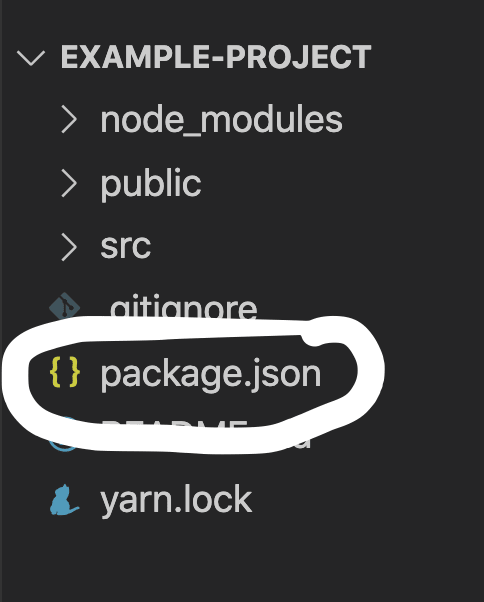 Click on that file and you should see this data in it.

Let's break down what all of this means.

What are the name, version and private fields?

The name field is for the name of your project.

If you need to change the name of your project, then you can update it in this field. You will also need to make sure to update it in the package-lock.json file.

The version field is the current version number for your software project.

If you were to publish this package to the npm registry, then this field is important. If you make major changes to the package, it is encouraged that you release a new version so other developers will understand what the new updates are.

If you want to learn more about publishing, then please read through the documentation.

The private field has the value of a boolean (true or false) that is automatically set to true. This means that npm will not publish your project.

If you want to publish your project on the npm registry, then you will need to change that field to false.

This is an object filled with all of the packages that are currently being used in your project.

Since this is a React project, you need to have react and react-dom to run your application.

The react-scripts allow you to run the project in your local server and will automatically restart the server every time you make changes to a file.

web-vitals provides metrics concerning the user experience for your website. Create React App comes with built in code to help you track the metrics of your site and see the user performance analytics.

Create React App also comes with jest and the react-testing-library. This allows you to write tests to ensure that your application is running smoothly.

What are the scripts?

The package.json file comes with an object filled with four different scripts.

The start script, allows you to run your application in the local server (http://localhost:3000/). You would use the command npm start in the command line of the project folder.

Or you would use yarn start if you installed React using Yarn.

The build script is used to create an optimized build folder when you are ready to deploy your project to production.

You would run npm build or yarn build to create that build folder.

The test script allows you to start the test runner in the command line and perform any tests that you have written for your project.

You would run npm test or yarn test to launch the test runner.

The eject script is for those developers that want to further customize their build and dependency configurations. This will remove the single build dependency where you are free to configure your React project to your liking.

If you are just starting out, there is zero reason to use this option.

Even React has this warning in their default README file.
Note: this is a one-way operation. Once you eject, you can’t go back!

If you are seasoned developer that is comfortable with this option, then you can run npm eject or yarn eject.

ESLint is a linter that helps you find and fix syntax errors in your code and adheres to the ECMAScript/JavaScript standards.

This is the config object that extends to the react-app and jest.

In this section, you can specify which browsers are supported by your React application.

In development, you want to specify that you want to use the latest versions of popular browsers. That will also ensure that you can use ES6 features in your code and it will be supported.

In production, you can specify the following:

If you want to learn more about the browserslist, then please visit their GitHub repository.

That is a brief description for all of the current data in your starter package.json file.

If you want to learn more about the package.json file, then please read through the documentation.

What is a package-lock.json file?

This is a file that is automatically generated when you make changes to the package.json file or node_modules folder.

If you installed React using Yarn, then this file is called yarn.lock.

This file is located in the root directory of your project. 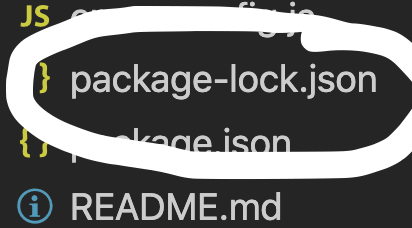 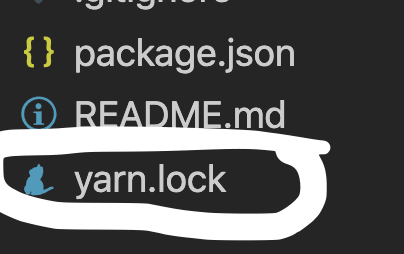 This file contain thousands of lines of code and it lists out the exact versions for all of the dependencies needed for your project.

You should not be changing this file directly because that is being handled for you by NPM(Node Package Manager).

What is a README.md file?

The README.md file is also located in the root directory for your project. 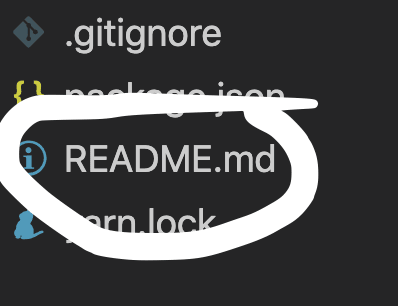 This is a place for you to describe your project to other developers. Create React App comes with a default template for the README.md file.

This information goes over the React starter scripts and other helpful information concerning Create React App.

It is highly encouraged that you customize your README.md file, so people will know what your project is all about.

You can include the following information:

This information is really helpful for other developers that are interested in contributing to your project if it is an open source project.

It is also really helpful for potential employers to learn about your project.

To learn more about how to create good README files, then please read through this article.

The .md tells the computer that it is a Markdown file. Markdown is a language you can use to format your documents.

Here is a cheat sheet you can use to help you with the Markdown syntax.

This folder is located in the root directory of your project. 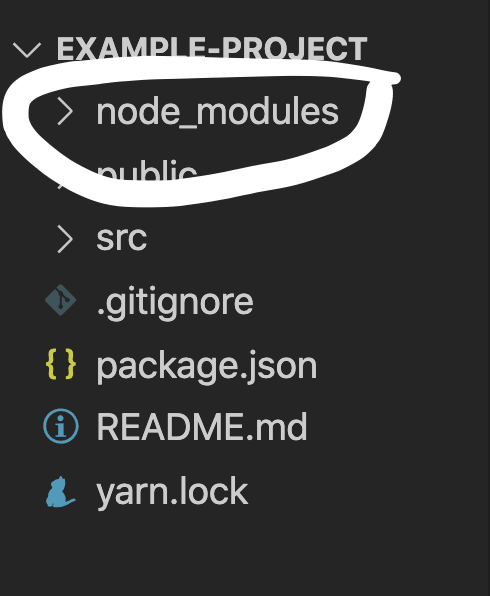 This contains hundreds of folders and files that represents the modules needed to run your project.

It is important to remember to never commit your node_modules folder to GitHub. If this folder is included in production, then it can slow down your website.

I remember making this mistake when I built my first website. Luckily, there was a nice developer on Twitter who reached out to me and let me know how to remove it.

You don't have to worry about committing your node_modules folder to GitHub, because Create React App has already taken care of that for you. We will learn more about why in part 3 of this series.

That concludes part 2 of the What is Create React App series.

In part 3, will will learn about the .gitignore file and public folder.

Deploy your blog via let.sh

Jessica Wilkins
I am a musician turned developer and technical writer at freeCodeCamp.
How to implement a dark to light mode feature in your React/Sass project
#react #webdev
12 Web Development Podcasts That Inform and Inspire
#podcast #webdev #programming
State of React Wrap-up | April 26, 2022
#react #javascript #webdev