When getting started with Kubernetes and Helm, the process across the release life cycle can feel like a black-box; having to follow debugging processes to understand what is going on behind the scenes. Helm hooks can help with that.

If you are new to Helm, we suggest to check-out our previous tutorial first and then come back to learn more about Helm hooks.

Overview: What are Helm Hooks?

Hooks perform a single action at a specified point during the release life cycle. At each stage, hooks can be used to intervene in the release for upgrades, downgrades, and deletion.

For example, Helm hooks help you to manage dependencies. Those could exist outside of the Kubernetes cluster or an external dependency. Hooks allow you to determine when and whether a service, installation, or upgrade is finished before starting a new one. For example, if you want to port user information into your database, you can ensure that new data has successfully been transferred before executing queries.

Hooks are not directly applied to the Kubernetes environment during standard processing. Instead, Hooks run in a separate pod inside of your Kubernetes cluster. The value specified in the helm.sh/hook annotation determines when the hook should be rendered. This makes it possible to perform operations at specific points during the release life cycle.

Helm hooks have several annotation values that are used to specify when a hook should be executed. One annotation may be used at multiple points during the release. Overall, there are nine places where a hook could be called; an overview is provided in the following table, taken from the official Helm documentation.

The original table can be found in the official Helm documentation.

This tutorial will focus on the install life cycle.

Let’s get started working with Helm hooks. For the following example, we will use this GitHub repository, which is a simple React project to query articles from Hacker News. Please clone the repository to your GitHub account. Alternatively, you can follow with your own project or start a new React application with ‘create-react-app’. The decision is yours.

Here is what we are going to do:

Additionally, please ensure that you:

To set-up the codefresh.yml file please run the following command in your main project folder:

Our codefresh.yml file will use the minimum set-up for this project but feel free to dive deeper and add freestyle steps in accordance with your needs.

Please make sure to adapt the following keys to your project:

In the next steps, we will add our Helm hooks to our Helm Chart.

At this stage, we have completed the minimum set-up to use Docker, a Codefresh pipeline, and Helm charts. We will now add the Helm pre-install hook to our chart based on the template provided by the official Helm documentation and make modifications as needed.

Hooks are placed inside the /templates folder of your chart and called with the helm.sh/hook annotation. If you are looking through the existing files, you can see that a hook is already used in the default template in the charts/example-chart/templates/test-connection.yaml file.

First, create a pre-install-job.yaml file in your templates directory inside the charts folder. Next, add the following template:

This annotation section specifies our hook:

As you can see there are some differences. First, we reference a different hook, second, we changed the hook-weight from “-5” for the pre-install hook to “3” in the post-install hook. The weight of hooks set the execution order of the hooks, which is defined by negative values. Meaning, the lower the number, the higher the weight. Now it is time to install your chart. Note that normally, you would push the chart to a Helm repository first. Codefresh provides a free Helm repository for every account. However, for this tutorial, we will install the chart directly from the filesystem. To do so run the following command; if your chart path looks different, make sure to change the command accordingly. The output in your console should look something like this*:

To double-check that your chart is up and running, please use the helm ls command: The “STATUS” section will also display keywords if something went wrong during the installation process. As you can see below, we currently have three pods deployed*:

*Note that we are using the namespace “demo”. Thus, our commands vary slightly.

The pod of the hook will automatically be deleted once the job is finished. To view the details of the post-install hook, follow these steps: 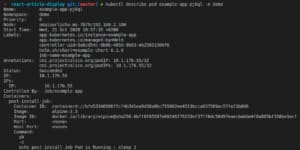 You could now follow the commands in the console output to access your application in the browser. Those are provided by the NOTES.txt file in your templates folder. After running the commands, we will see our application: 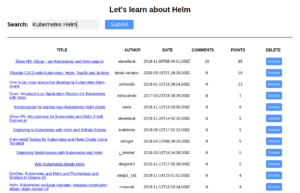 In the next section, we will look at adding a deployment step for your Helm chart to your Codefresh Pipeline.

Next, we will push all of our changes to our GitHub repository. Once this is done, we will set-up our Codefresh pipeline. 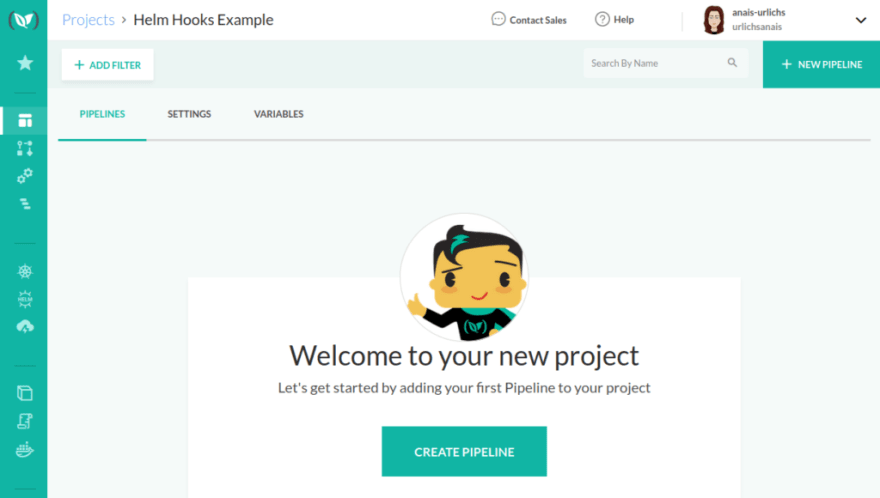 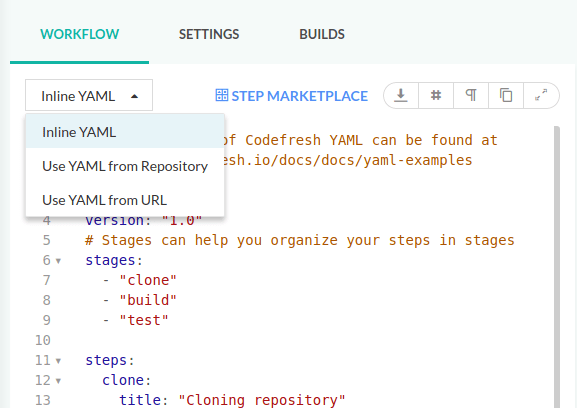 In this tutorial, we have looked at Helm hooks, what they are used for, the different types of hook annotations, and finally, set-up an example project to use the pre-install and post-install hook. If you have followed all steps, you have a project up and running in your Codefresh pipeline that uses Helm to manage Kubernetes resources.

Please let us know in the comments whether this tutorial was helpful, you have any questions, suggestions, or useful links for the community to learn more about Helm hooks.

✨New to Codefresh? Create Your Free Account today✨
And if you liked this post and want to make sure others see it too, please give it a like 🤩

Making automatic backups to the cloud for free