The world of Web3 has become a massive topic in the last year, but it's not a new concept. It was coined by Gavin Wood (the co-founder of Ethereum) in 2014. However, it massively increased in popularity in 2021. It seems like my entire Twitter feed has become full of devs discussing Web3 development and promoting their NFTs.

When you know nothing about Web3 at all, it can feel massively overwhelming. Every piece of context refers to a different piece, and before you know it, you’re down a rabbit hole of misunderstanding.

I, myself, am new to this world. A couple of colleagues and I started learning Web3 by building out Codewranglrz, which is an exploratory NFT project!

With that said, everything I am sharing in this post is my personal understanding of definitions and terms from everything I have learned myself over the previous few months. If you feel I've gotten something wrong or confusingly explained something, please let me know!

The goal of this post aims to give you clear, concise definitions and explanations of some of the common concepts and terms. I will also provide links to external resources where possible so you can dive more into specific topics!

So, before we get into some of the more specific definitions…

What exactly is “Web3”

In the simplest terms, Web3 refers to applications that are decentralized and run on a blockchain. There are other aspects to it but even that is…clear as mud right?

While we’ll get more into what a blockchain is, the core concept behind web3 as a whole is that everything is distributed over an open peer-to-peer network, as opposed to our current system where everything is stored on private servers.

The concept allows for both a much more open and public network, as well as creating something that is incredibly permanent. One could collapse current applications and data by taking out a server where the information is stored. While good practices would prevent this from wiping something out entirely, things have the potential to be lost.

We’ll discuss more about what the blockchain is in this article, but the concept behind it is that the information exists everywhere there is a node, so there are endless copies of the information. It’s also public so at any point someone can choose to host a node, creating a new copy of the information. Again, this is in very simple terms, but I want to focus on creating a broader concept as opposed to nitpicking the specific details.

So with all this said, let’s dive into some of the common terms and provide some short definitions that will hopefully help you in your journey and serve as somewhat of a “cheat sheet”.

I want to mention that while we define things, it’s likely to bring up new terms. But don’t worry, we’ll be defining them later on in this post. I also provide videos where possible so you can get even more information about the topic beyond what I explain. The videos I will be sharing are by Simply Explained. I am not affiliated with them in any way, but I think the way they explain the topics is incredibly helpful for beginners!

NFT: NFT stands for non-fungible token. Fungible means that something is replaceable. The easiest way to imagine this is to think of normal currency - one five-dollar bill is equal to another five-dollar bill.

Therefore, non-fungible means the opposite; every single token is unique and cannot be replaced or exchanged with another token. NFTs live on the blockchain as a contract and store all data related to the NFT, including transaction records, ownership, and all contract details.

A lot of people think of NFTs as digital art, because typically the tokens contain an image!

I know there were a lot of new terms there and we will be getting to them! If you’d like a bit more of a definition, I’d recommend this video!

Blockchain: A blockchain can be thought of as a type of digital ledger that is immutable, meaning it can’t be altered. It’s made up of “blocks". Each block serves as a sort of “receipt”, containing all the information that was recorded when the block was created (a record of a transaction made).

Each block has a unique hash (id) as well as the hash of the previous block in the chain, which is the principal method of security. The main attraction of a blockchain is that it is decentralized - meaning they are widely distributed and anyone can obtain a copy of the blockchain.

If you’d like to learn even more about blockchains without being totally overwhelmed, I recommend this video.

Smart Contracts: Unlike the previous definitions, the name of this one explains a lot of what it actually means. The “smart” part of the definition refers to code that is self-executed when any specific conditions listed are met or triggered. The contract aspect is exactly what one would expect - people make predetermined agreements which are then "smartly" executed at the appropriate time (via the code). These contracts are what make NFTs possible, as all the actions of minting, selling, and more are a part of the contract.

This video goes into even more details about smart contracts!

Token: The easiest way to think of a token is to think of it as a digital coin; a token represents a unit of cryptocurrency.

IPFS: IPFS stands for "Interplanetary File System" which makes it sounds incredibly futuristic, but that's because it kind of is. It uses blockchain technology to store information and data, but it's actually a distributed file system. If you're familiar with the concept of torrenting, you'll have a solid understanding of how this system works. In its simplest terms, it's an open-source peer-to-peer storage system.

You can dive more into IPFS here!

Let's return to the NFT concept overall. The idea of a token representing a unit of crypto could be confusing, but that's where the ‘non-fungible’ part comes in. NFTs are all tokens themselves, all holding a value, but unlike a token of something like Bitcoin, no two are alike, meaning they can’t be traded or exchanged! I hope that clarifies it a little bit!

I intend to release more of these posts, next time discussing things like IPFS, chains, and sidechains, as well as specific contract types!

Stay tuned and if you're interested in even more education NFT material check out the project we've been working on! 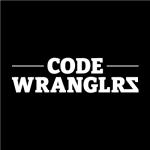 What conferences/ forums do you look out for?

Once suspended, codecast will not be able to comment or publish posts until their suspension is removed.

Once unsuspended, codecast will be able to comment and publish posts again.

Once unpublished, all posts by codecast will become hidden and only accessible to themselves.

If codecast is not suspended, they can still re-publish their posts from their dashboard.

Once unpublished, this post will become invisible to the public and only accessible to CodeCast.