Hello everyone, as you have seen in the title, today we are going to go back to the origins of the QR code. Nowadays, QR codes are used all the time, they allow you to link something physical to something digital. For example, you can simply scan a QR code to access a link, rather than copying the whole link.
That's why it's important to understand how they work, and why not in a future article how to create one !

How long has it been around ?

Firstly, since when have qr codes existed ? They have been around longer than you might think, in fact they were invented in 1994 by the company Denso-Wave. They were used to track the transport of spare parts in Toyota factories. Denso Wave made the qr code free in 1999, but it was not really used until the rise of smartphones, about ten years later.

Now we will discuss the principle of qr code. To do this, we will use this qr code, which refers to the dev.to link : 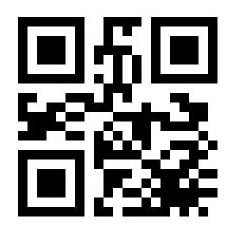 To begin with, a qr code is made up of large white and black squares in three of its corners. These squares are called modules. Some of these modules must not be covered or modified, otherwise the code cannot be scanned. These are the position markers. They tell the scanner where the edges of the QR Code are. The modules are shown here with a red overlay : 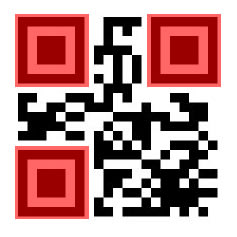 Now we're going to take a slightly longer link and generate a qr code, so I've chosen to generate the qr code from youtube.com : 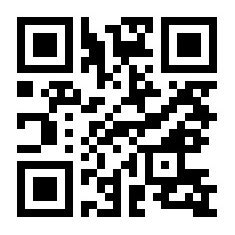 One can notice inside this new qr code an alignment marker, in red in the image below : 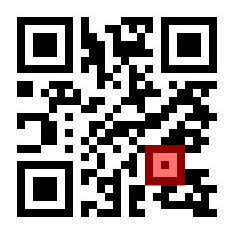 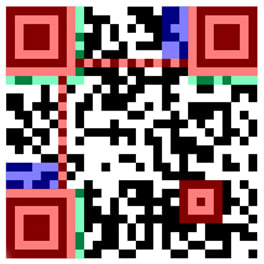 Red stripes can be observed which are called timing patterns. They define the positioning of the rows and columns. In addition, the green sections indicate to the reader the format of the QR Code, whether it is a website, a text or other. Finally, the blue modules represent the version number, i.e. the more modules there are, the higher the version.Until v40 which represents 177 * 177 modules. Once all these modules are deconstructed we are left with the grey part : 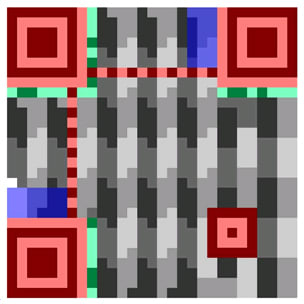 The remaining modules are grouped in 8 groups, thus forming a byte. (A byte was composed of 8 bits).

QR codes are practical, they are so fast that it sometimes takes less than a second to flash one, their secret ? They don't need to be scanned in full to be read. So if part of the code is damaged it doesn't matter, and the QR code can be read. But how does it do that ? The qr code has a self-correcting error system based on the Reed-Solomon code which is a so-called perfect code invented by mathematicians Irving S. Reed and Gustave Solomon. The fact that part of the code can be covered without preventing its correct reading allows us to make the Qr code more attractive by integrating graphic elements :

If you want to create your own qr code, I recommend the Unitag.io website, which allows you to manage many customization effects.

In a next tutorial, we will see how to create a QR code generator in javascript. I hope this tutorial has helped you understand the different processes behind QR codes, if you have any questions, feel free to ask me in the comments. 👍

5 HTML Tags you may not know about

Clément Gaudinière
I am a frontend and backend web developer. I can code in HTML, CSS, Javascript, jQuery for the frontend, and in PHP, SQL for the backend. Passionate about aeronautics and model aircraft.
How are you using Styled Components?
#react #webdev #discuss #css
What was your win this week?
#discuss #weeklyretro
Melhorando seus Testes com GRAMÁTICA
#testing #php #braziliandevs #programming