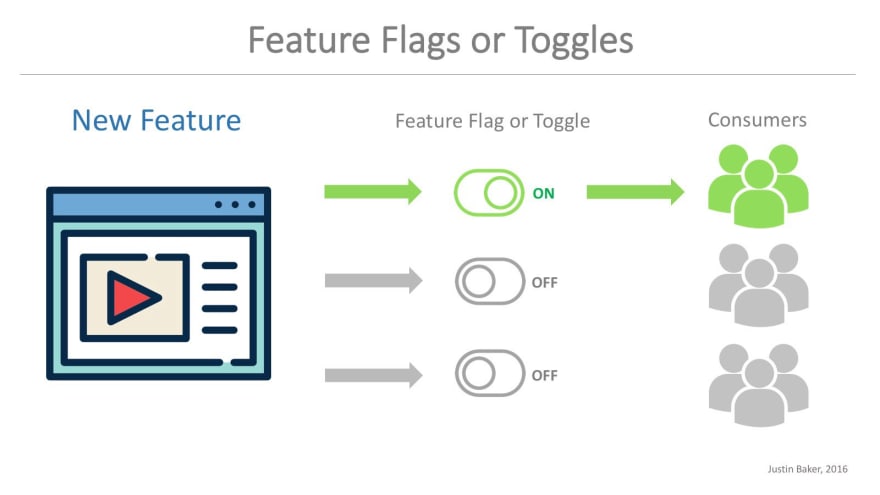 Now more than ever, businesses need to be nimble and continue to ship features at the speed of light™. This is even more true in the very competitive world of mobile apps.

Long gone are the days where we could wait several months to release a new version of our app.

These days, customers expect from your mobile app the same nimbleness as their Facebook app, Banking app or Dating app. And if you are not willing to do it, the competition will.

As you might know (hopefully thru the pain of others), it is very risky to roll out a faulty feature, as, in the world of the App Store, a new release could take between 1 and 2 days to be approved, and this could make your customer’s confidence in your product be lost forever.

So, how can we serve both masters? the ever insatiable desirer of new features, while still serving the Lord of Always-Works-Never-Roll-Back?

Feature Flags, my friend! They are the stuff dreams are made out of.

“With Feature Flags, you can launch brand new features and experiences in real-time. You don’t have to go all in with every feature in every release, which removes a lot of risk and enables you to instantly roll back if the feature needs more work.”

So now, let’s talk about how to do Feature Flag as a Service, by utilizing LaunchDarkly to make instant releases of features within our Xamarin Mobile app.

Let’s say, our Mobile Banking App team is rolling out a very innovative feature, called Spending Analysis. This feature tracks expenses and income over time and tells the customer how much money they have leftover to spend. Now, our Data Science Department is still tweaking the algorithm, so they want to make sure that the feature can be rolled out to just a subset of their customers, and eventually to the entire consumer base. 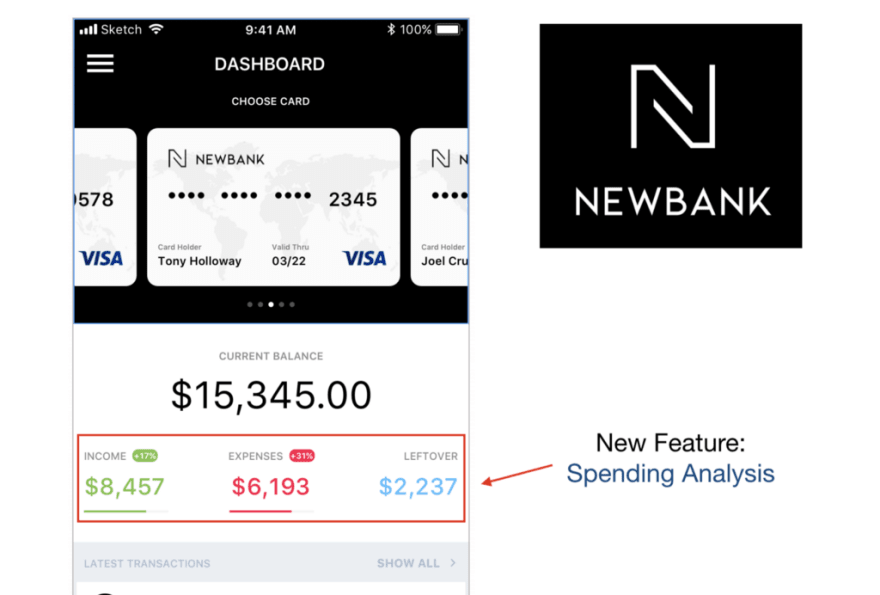 This is what the final result should look like once we turn on the feature.

The LaunchDarkly website has a very simple sign up process and onboarding. It took us about 20 seconds to do so, and we were in. The site gives you the choice of doing a Quickstart, or to skip straight the dashboard; We chose the later.

Creating a feature flag for our mobile app was simple. We gave it a name and key. We also selected a Boolean as the kind of flag. Lastly, we checked the box says Make this flag available to client-side SDKs, in order for the flag to be provided to our mobile app later on. 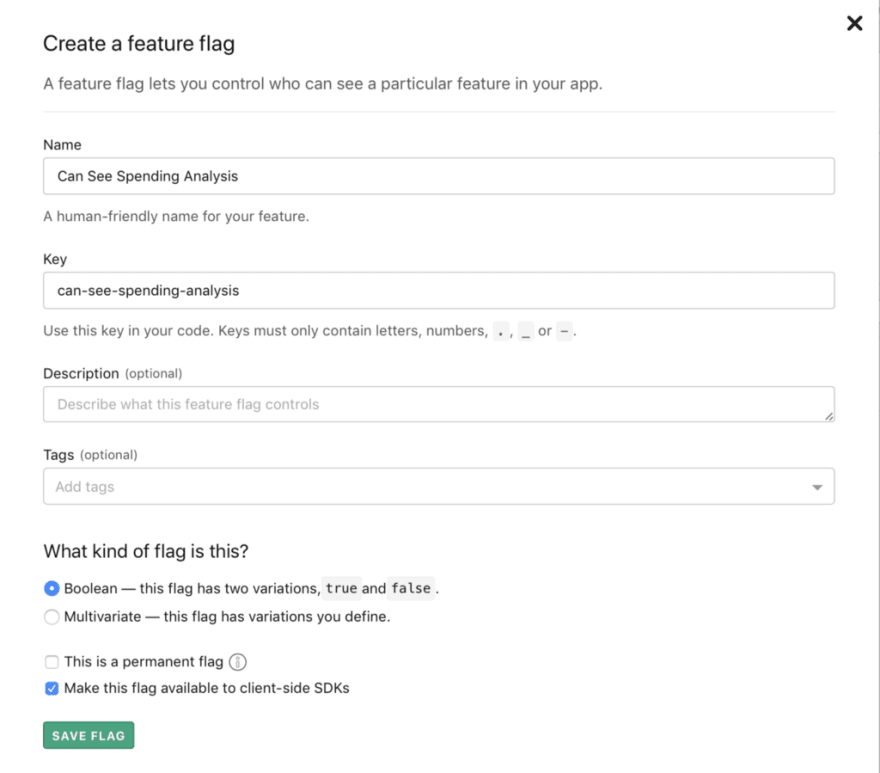 After having created a few feature flags, we are almost in business.

We then moved over to the client side of the story and implemented the Spending Analysis, and placed on the Main Page of the Mobile App.

Let’s add LaunchDarkly Xamarin SDK to our project, by including the LaunchDarkly.Xamarin NuGet package to your .NET Standard project. At the time of writing , the NuGet package is still in pre-release , version 1.0.0-beta9. There is also a more mature .NET client, but since we like to live on the edge, let’s stick to the Beta.

At some convenient time, during your app initialization sequence, you would want to initialize the LaunchDarkly client.

By now, you should be familiar with the paradigm these mobile SDKs have. You create a project, that gives us some sort of key, to be used as a form of authentication. We have stored this in a field called MOBILE_KEY_TEST.

Each feature flag has a unique name/key. Our new feature will be using the key can-see-spending-analysis. I have placed my keys in a convenient static class for ease of access.

Checking if a feature flag is on or off, is pretty straightforward. From our MainPage ViewModel, we are calling a Service we implemented to abide by the Separation of Concerns and Single Responsibility principles.

The ViewModel calls the Can() method of the FeatureFlagService, to check on whether or not it should display the Spending Analysis widget. 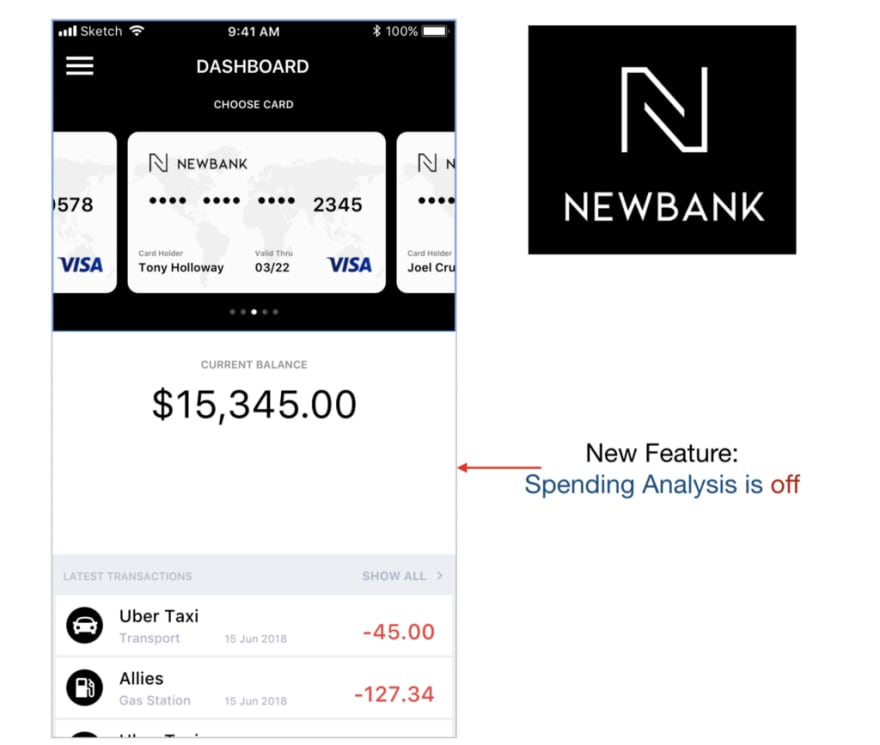 The new feature is present in the code but is disabled via Feature Flags.

At this point, the person in charge of turning on features for our App can simply access the LaunchDarkly Dashboard and turn the feature ON. 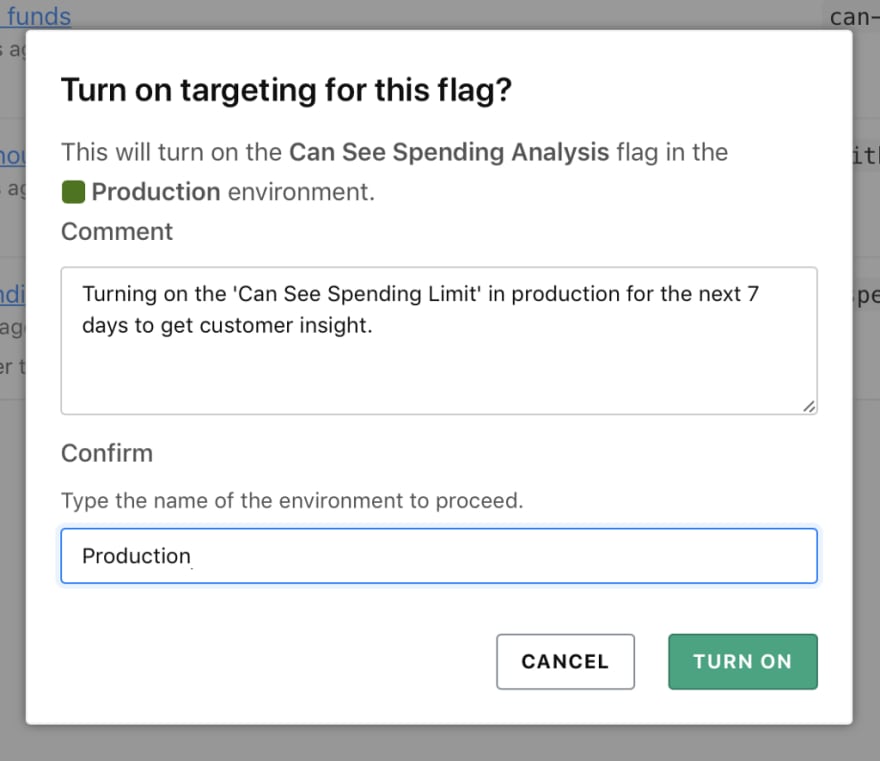 A Voila! The feature is ON!! 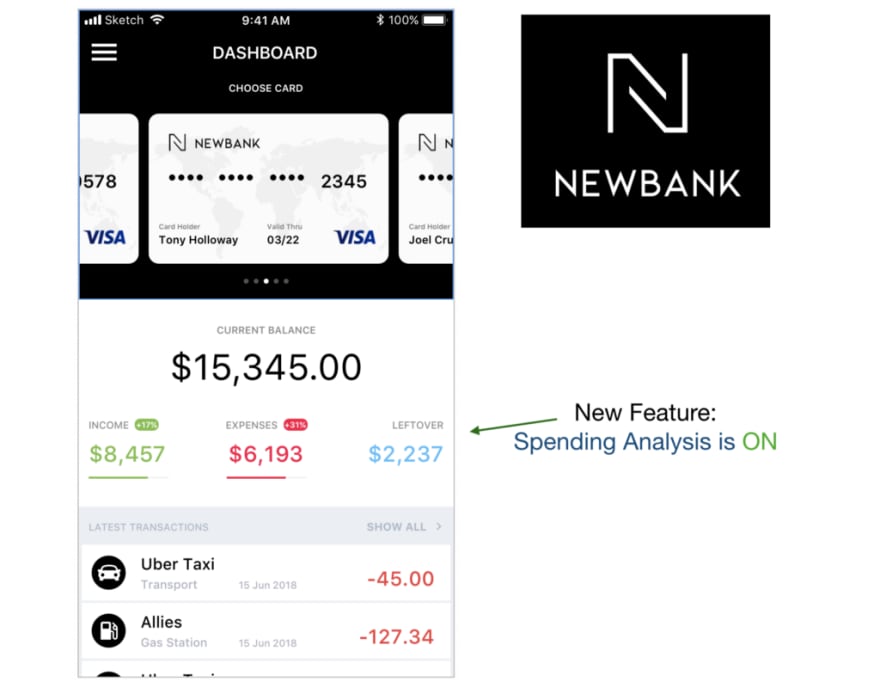 What is Scala and Should it be Your First Programming Language?