Does Redux have you confused?

It can be simpler with the new Redux hooks.

🔥Here's a crash course into Redux, and how you can use it with React function components:

It's most often used with React (via react-redux) 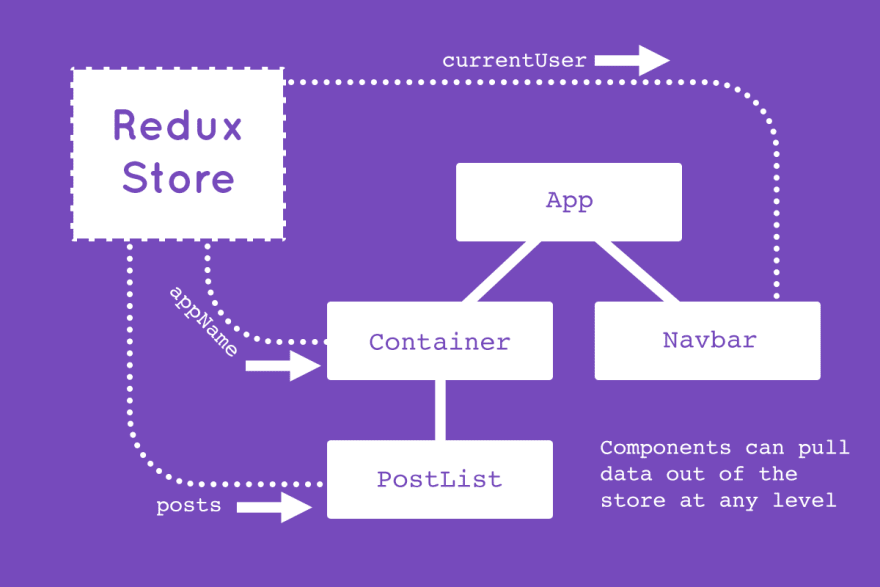 Your state lives in a central Redux store

That store is created with a function called a reducer

A reducer takes in a state and an action,
and returns the same or a NEW state 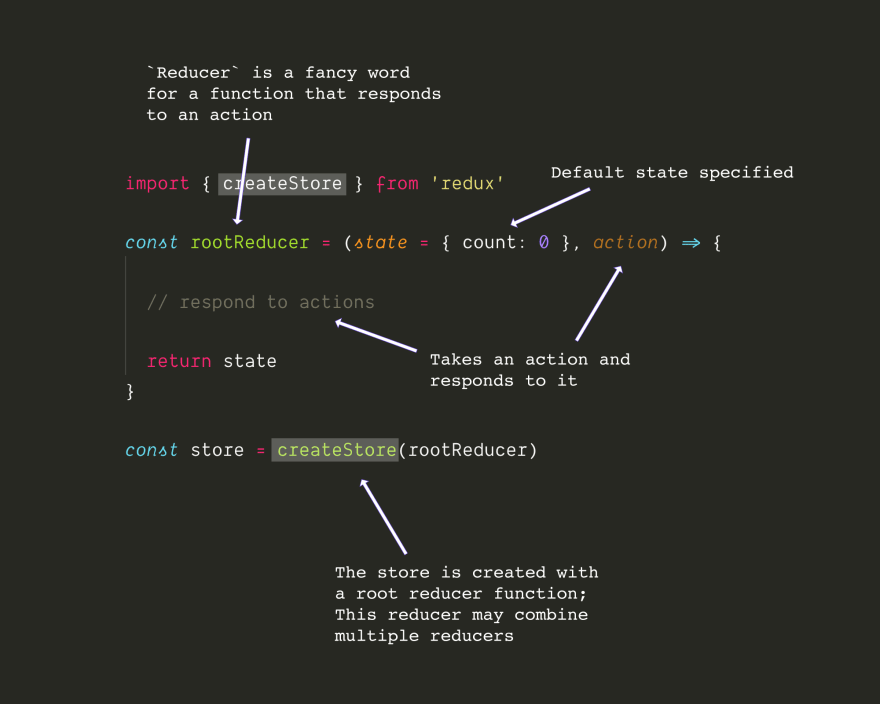 Use the provider to wrap your entire app, so that any component in your app can access the store 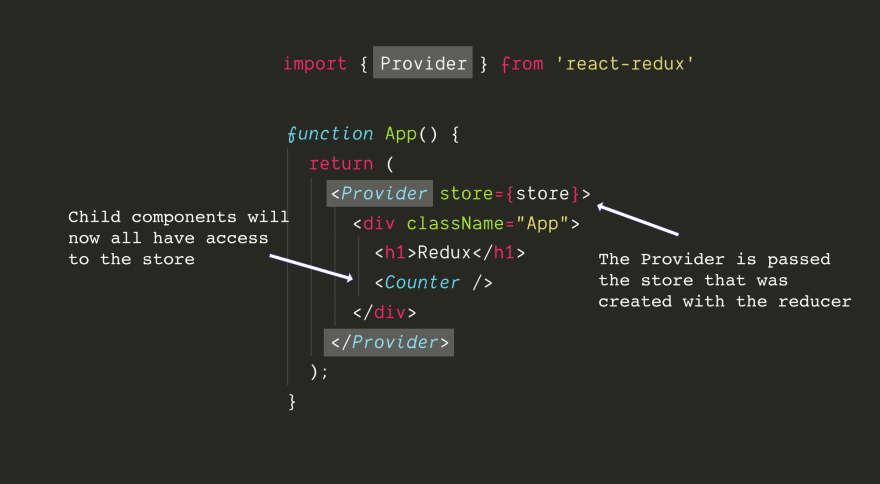 To get data out of the store, use the useSelector hook from react-redux

selector is just a fancy word for: "function that gets data from the store"

useSelector takes a callback, which gets the entire redux state, and you just pick out what you need for that component 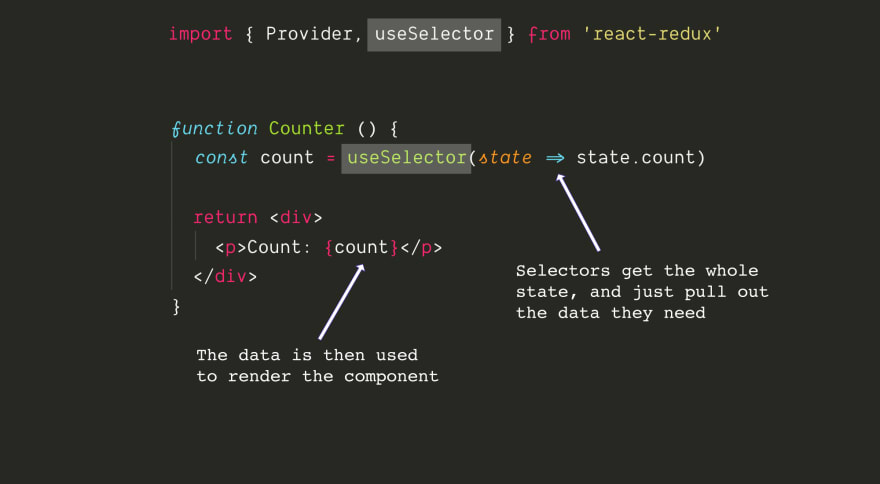 All actions should have a 'type' key

They may also have additional keys (parameters) 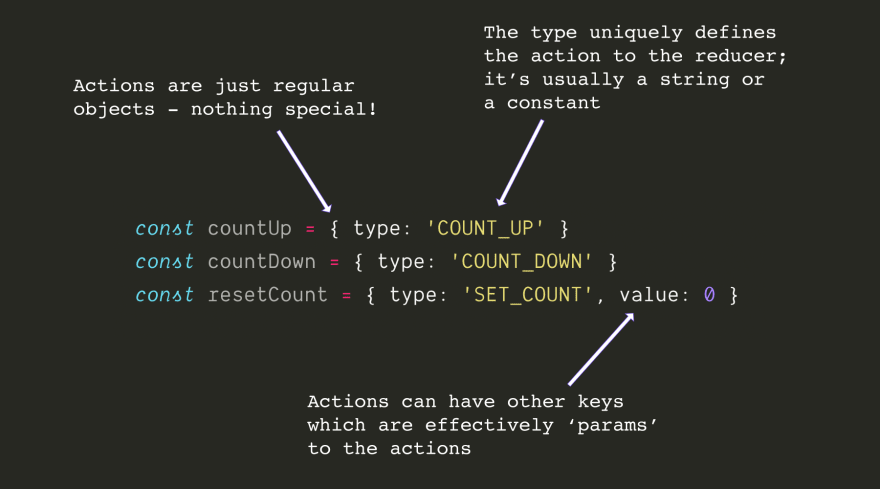 Actions are not "called", but are "dispatched" to the reducers 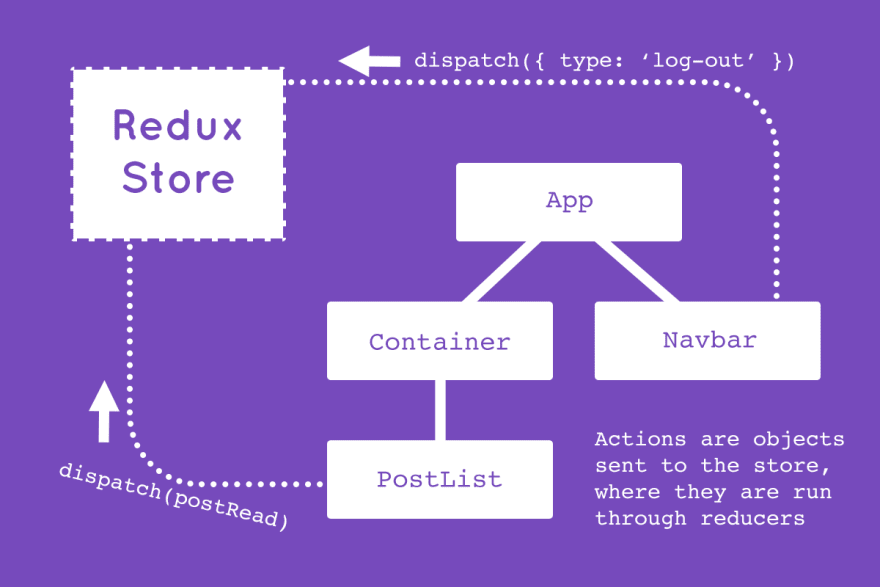 To change data in the store, first write your reducer:

Reducers are often written with switch/case statements, but don't have to be

They just have to take in an action and a state, and return a new state 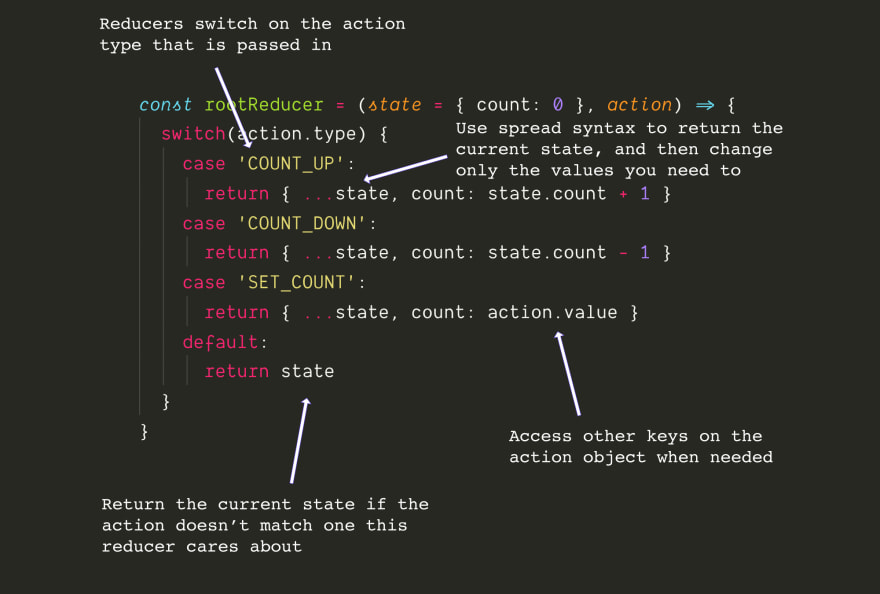 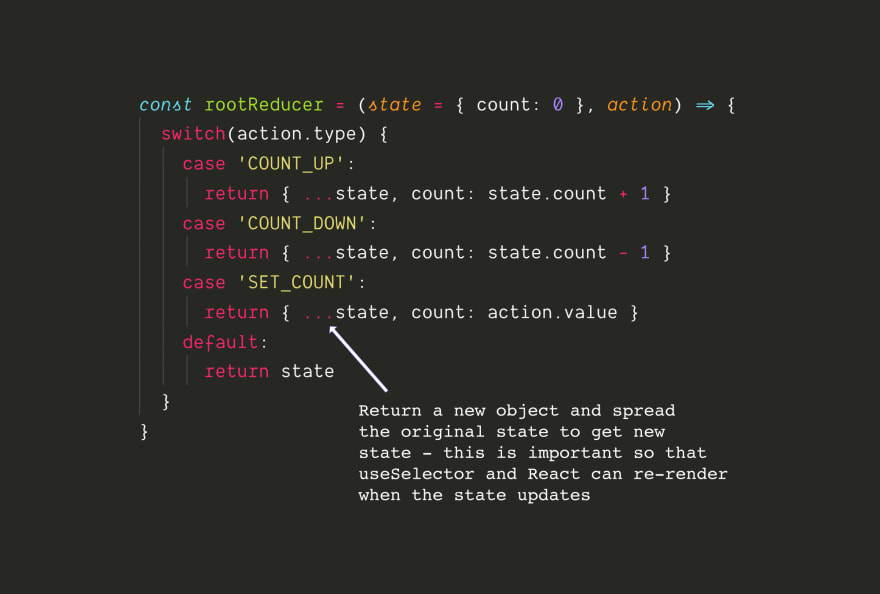 To dispatch an action, use the useDispatch hook from react-redux

call useDispatch with an action object,

which will run through the reducers,

and will potentially change the state 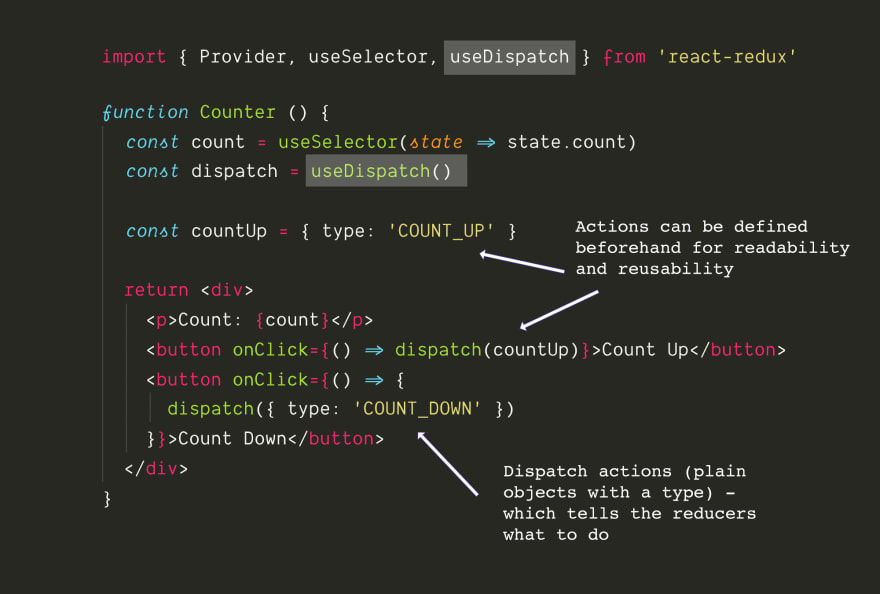 Redux can be used in much more complex ways, but the core is always:

View and play around with the code used in this course on codesandbox:

Find more on twitter: @chrisachard
Or join my newsletter: https://chrisachard.com/newsletter/

Once suspended, chrisachard will not be able to comment or publish posts until their suspension is removed.

Once unsuspended, chrisachard will be able to comment and publish posts again.

Once unpublished, all posts by chrisachard will become hidden and only accessible to themselves.

If chrisachard is not suspended, they can still re-publish their posts from their dashboard.

Once unpublished, this post will become invisible to the public and only accessible to Chris Achard.

Thanks for keeping DEV Community 👩‍💻👨‍💻 safe. Here is what you can do to flag chrisachard:

Unflagging chrisachard will restore default visibility to their posts.