Here are some examples of workload resources that manage one or more Pods:

The diagram below depicts A multi-container Pod that contains a file puller and a web server that uses a persistent volume for shared storage between the containers. 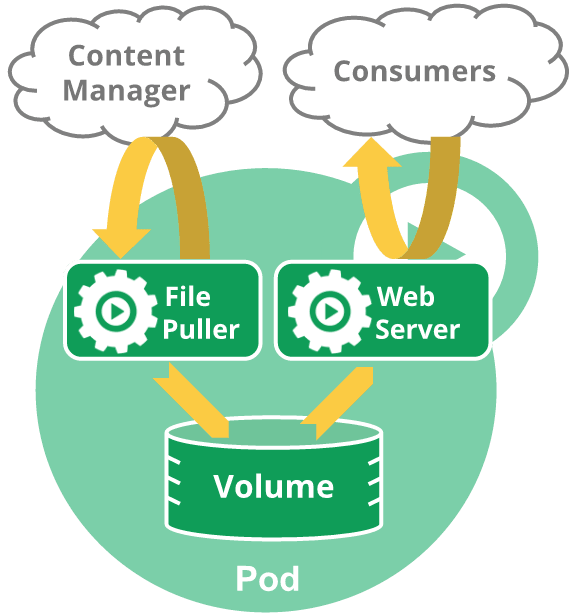 In this example, the pod has a container that acts as a web server for files in a shared volume, and a separate "sidecar" container that updates those files from a remote source.

These containers are short-lived containers, which runs in the same pod and used to perform below functions and then dies,

We can compare the init containers, with the similar functionality of cloud-init (userdata or metadata) scripts used in the Cloud service providers instance creation

Functionality of the sample Pod definition

LiteSpeed Web Server: The Ultimate Guide To Speed Up Your Website

Once suspended, chefgs will not be able to comment or publish posts until their suspension is removed.

Once unsuspended, chefgs will be able to comment and publish posts again.

Once unpublished, all posts by chefgs will become hidden and only accessible to themselves.

If chefgs is not suspended, they can still re-publish their posts from their dashboard.

Once unpublished, this post will become invisible to the public and only accessible to Saravanan G.

Thanks for keeping DEV Community 👩‍💻👨‍💻 safe. Here is what you can do to flag chefgs:

Unflagging chefgs will restore default visibility to their posts.